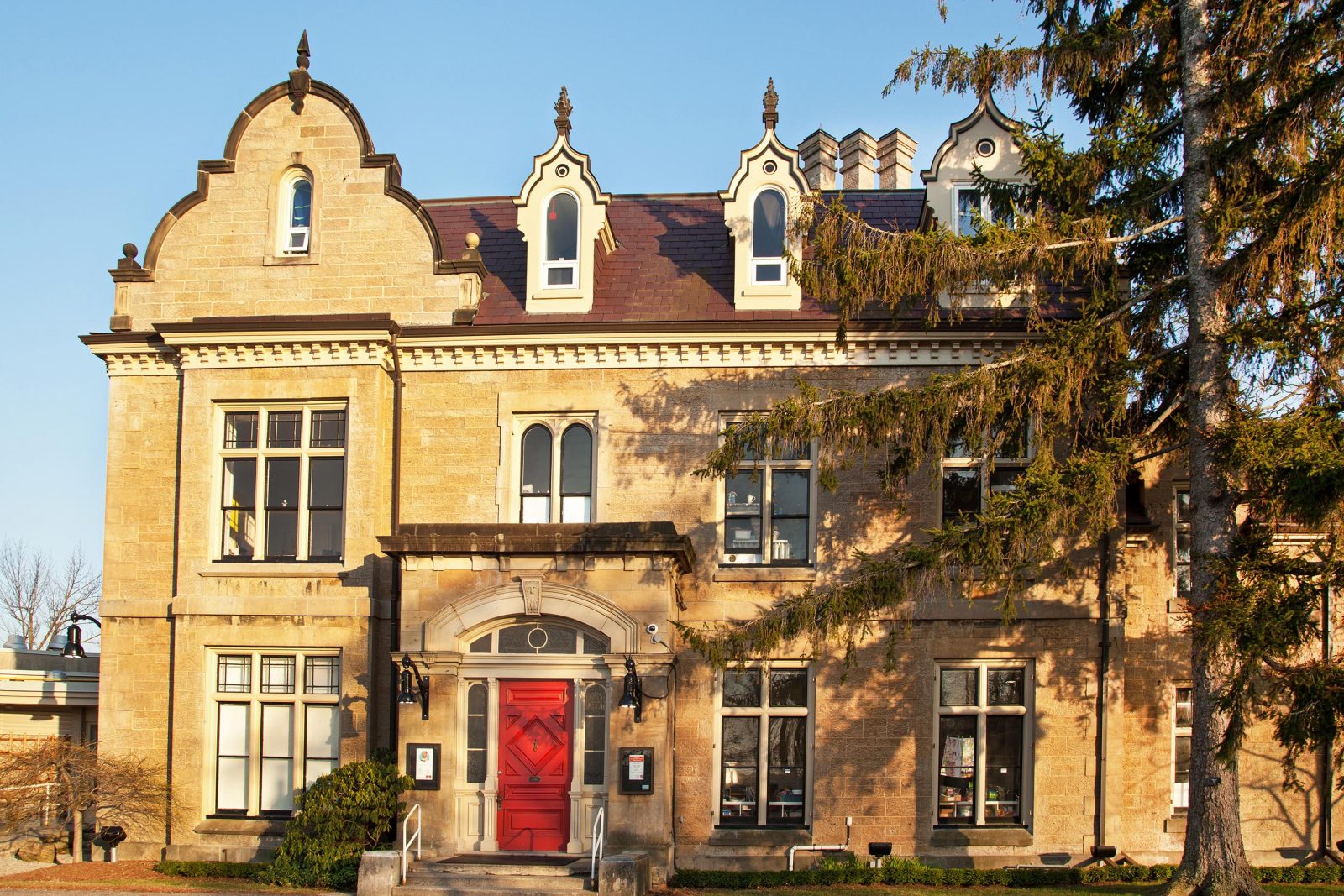 Brock University and the Rodman Hall Coalition are taking steps to gather public input about the future direction of Rodman Hall Art Centre, as well as identify partners who might participate in the future operation of the museum and art facility.

Community conversations, or forums, are being held where members of the public are urged to speak about what kind of role and presence they envision for the St. Catharines landmark. The next meetings will take place at 1 p.m. and 7 p.m. on Wednesday, Nov. 29 at Rodman Hall. Persons wanting to participate must register in advance, as space is limited.

To encourage public input beyond the meetings, the Coalition is also conducting an online survey to gauge the type and level of community interest in Rodman Hall.

The University is working on a process to identify external partners and champions to get involved in the future of Rodman, and is working with the Coalition to finalize a new Charter that sets out shared expectations, goals and timelines with respect to how and when Rodman Hall would transition from Brock University back to community ownership.

Located on a heritage estate overlooking Twelve Mile Creek in central St. Catharines, Rodman Hall is a mansion whose origins date to the 19th century. It has been operated as an arts centre and museum since 1960, and in 2003 was taken over by Brock, part of a plan to give the University a downtown presence as well as work and gallery space for its arts programs.

Over the past decade, Brock and other Ontario universities have come under growing pressure in terms of operating funding, and Brock can no longer afford to operate Rodman Hall. Also, in 2015, largely through donated money and government grants, Brock opened the new Marilyn I. Walker School of Fine and Performing Arts in downtown St. Catharines.

In 2015, independent arts consultant Janis Barlow conducted an assessment of the Rodman Hall situation. Her ensuing report made several recommendations, including a proposal that Rodman Hall cultivate partners to help operate its core businesses.

Rodman Hall has not been idle during this transition period, and remains a robust centre of excellence for the community. It continues to house high-calibre exhibitions that are open to the public, including the current show Material Girls, which runs until Dec. 30.

This week a Rodman Hall show won a major prize as Exhibit of the Year with a budget under $10,000, awarded by the Ontario Association of Art Galleries at its annual awards gala. The exhibit was The Grass is Still Green, by local artist Elizabeth Chitty, which explored ideas of place, land ownership and treaties. It was on display at Rodman in the summer of 2016.