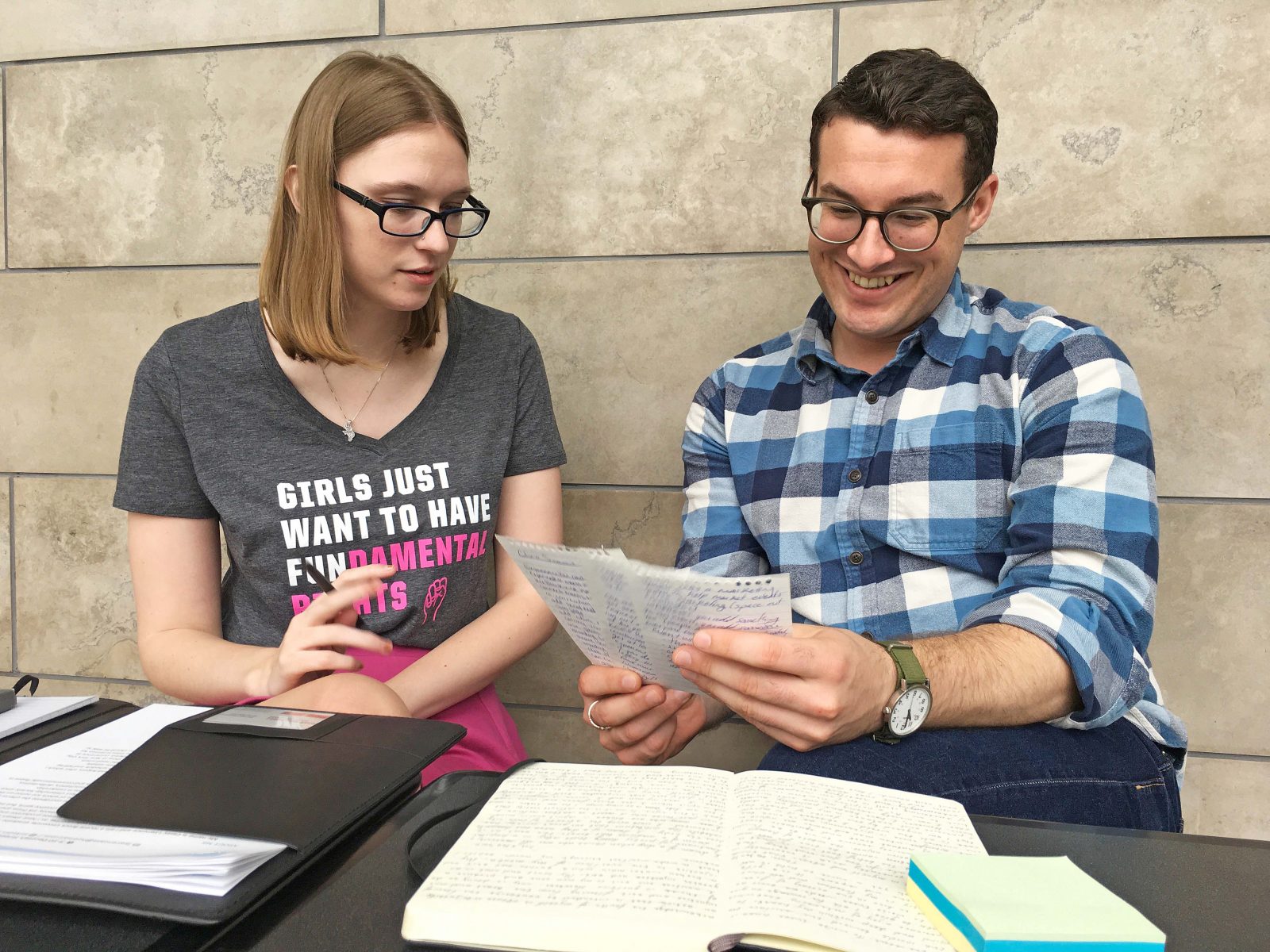 Casey Lawrence hopes to use the power of words to make the world a better place.

After recently completing her English BA and embarking on a master’s degree, Lawrence has released a co-edited anthology of poetry and short prose titled, 11/9: The Fall of American Democracy.

Lawrence and co-editor William Dickerson selected work by 57 amateur and established international authors for the collection, which is meant to highlight marginalized voices affected by American politics.

All proceeds from the anthology are donated to RAINN, the largest anti-sexual violence organization in the U.S., and the American Civil Liberties Union, a non-profit advocacy organization devoted to protecting the rights of people in the U.S.

Fourth-year Brock English student Andrew Power is one of the new voices featured in the book. He hopes readers will see that people have been using literature to look at political phenomena for hundreds of years.

“Literature has always been addressing political subjects,” he explains. “The topics aren’t that uncommon, but cyclical.”

Lawrence agrees that poetry’s power to validate people’s feelings and make connections has an important place in the current political climate.

“We’re using poetry to create awareness and connection but also to do tangible good in the world with our words,” she said. “Poetry is political. It has always been about dissent and resistance.”
The book anthology is available on Amazon and through Facebook.