Senate a key piece of the Brock governance structure 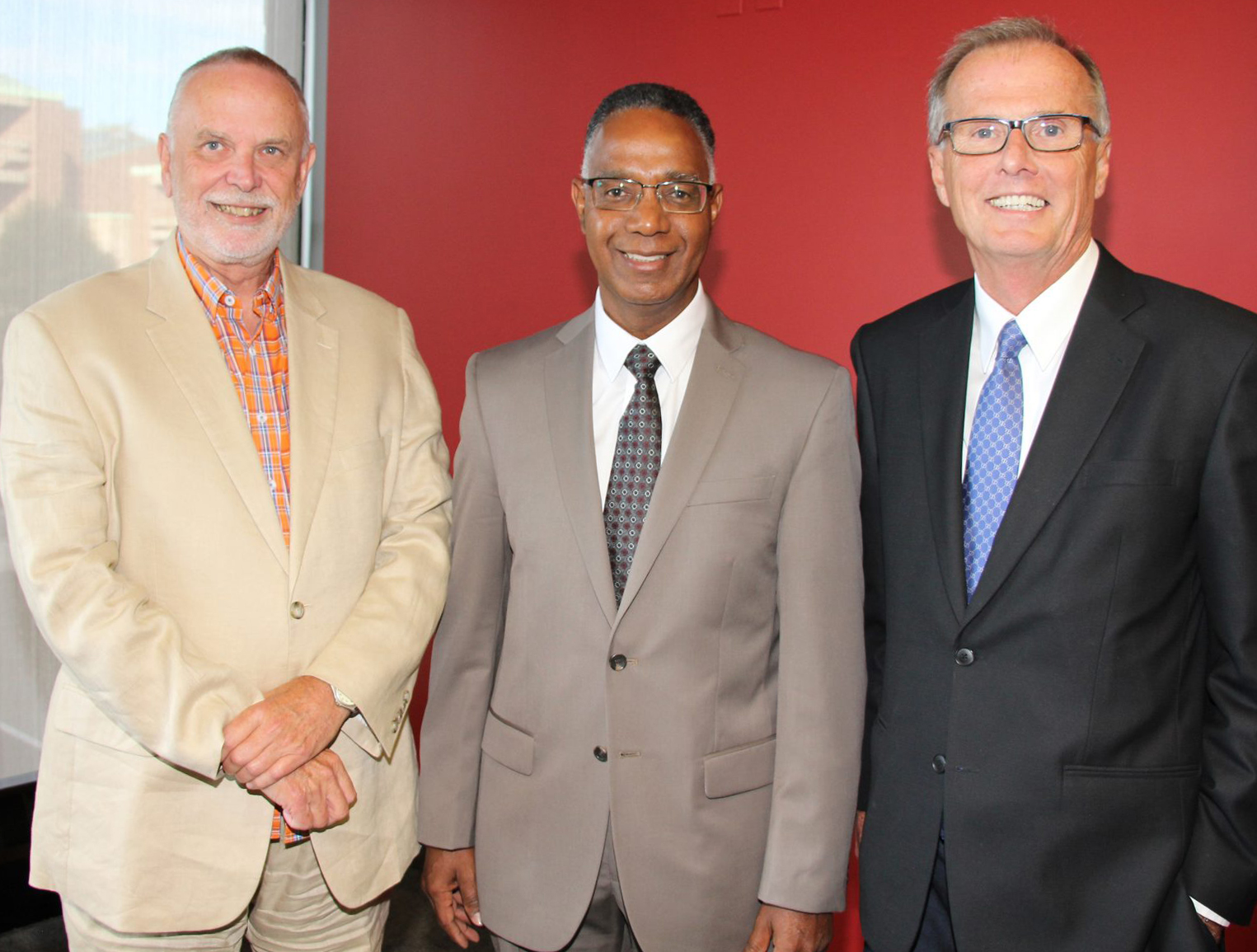 In some ways, Brock University isn’t unlike a major corporation. It has a large workforce working together to keep things running smoothly for the many people who require its services.

But it differs in one important way, says new Brock Senate Chair David Whitehead — in the governance structure that oversees all aspects of the operation.

“At General Motors, for example, there’s a CEO and then one board. At Brock, there’s a President, and two ‘boards,’ namely the Senate and the Board of Trustees. If one or two of those three were out of alignment and things were not working well, the wheels would come off,” said Whitehead, associate professor of Industrial Relations for the Goodman School of Business.

As he starts his term as Senate Chair — taking over from Scott Henderson, who held the position for the two years — Whitehead is making it a priority to talk to the Brock community about the bicameral nature of the Brock governance structure.

Whitehead said President Gervan Fearon is, in many ways, like the CEO of a corporation, serving as the public face of the University and being responsible for the overall administration.

Then there’s the Board of Trustees, responsible for governing and overseeing the financial and infrastructure end of things, and Senate, responsible for governing the academic and educational side of the fence. Below Senate on the academic side, there is the rest of the system of self governance where the faculty members, including the Professional Librarians, working in departments, centres and committees along with administrators, conduct the academic work of the University.

Brock University Senate is made up of 69 members, who meet once a month during the school year in Sankey Chamber.

Like two gears working in tandem to make a machine move, the two sides must work well together for the institution to run smoothly.

Whitehead knows the two will occasionally disagree, but doesn’t see that as a bad thing.

“Tensions are healthy. It’s about people working constructively together and recognizing that differences will arise,” he said.

Senate meets monthly from September to June in Sankey Chamber, where the business of Senate is conducted. Senate carries out it work through eight standing committees, two special committees and the Student Appeals Board.

In his inaugural Chair’s Report to Senate at the first regular meeting on Sept. 13, Whitehead outlined four priorities for Senate in the coming year:

“I’m loving it. Presiding over these large and complex meetings where we deal with issues on which people can take dramatically different points of view, is challenging,” he said, adding that Vice-Chair Roberto Nickel, University and Senate Secretary Chabriol Colebatch and Recording Secretary Margaret Thompson have been “tremendous and indispensable resources.”

“It’s something I’ve never done before. My job is not to take positions, it’s to make sure that the process is a fair one, and that all senators who wish to speak on an issue have the opportunity to do that.”