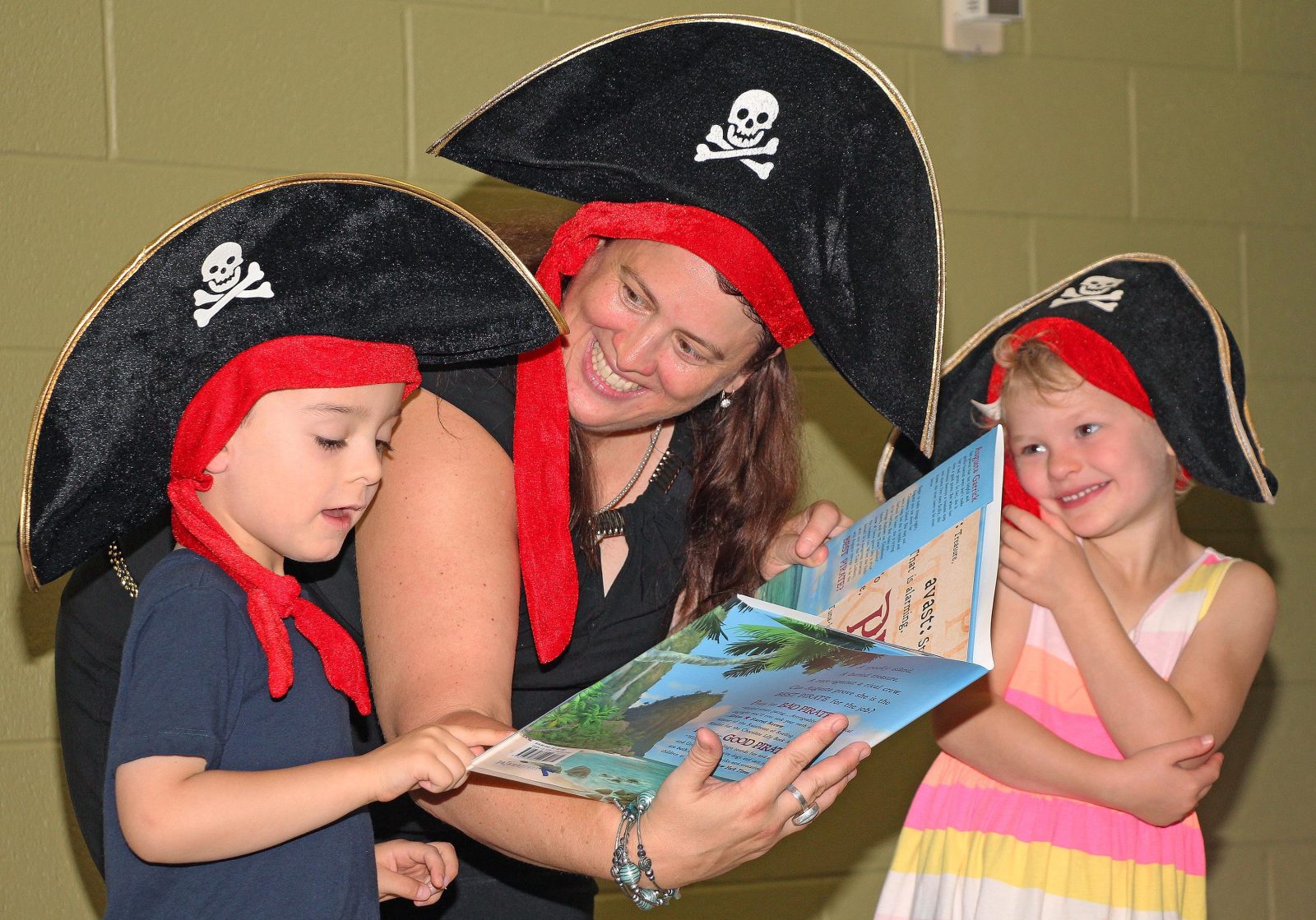 Kari-Lynn Winters, an associate professor in Brock’s Department of Teacher Education, shows her new book, Best Pirate, to Nathan and Danielle from the University’s Rosalind Blauer Centre for Child Care. Winters shared the story with a group of children from the centre during her book launch on Tuesday, Sept. 19 in Brock’s Instructional Resource Centre.

Screams of ‘arrr matey’ and ‘shiver me timbers’ filled the air in Brock’s Instructional Resource Centre Tuesday, as a group of children seated in a pretend ocean roared with laughter.

Wearing a captain’s hat, Kari-Lynn Winters, an associate professor in Brock’s Department of Teacher Education, passionately shared her new book, Best Pirate, with the youngsters from the Rosalind Blauer Centre for Child Care, bringing the characters to life as she moved throughout the room.

Winters, who teaches drama in education, felt it only fitting to introduce the children’s book on Sept. 19 — also known as International Talk Like a Pirate Day. 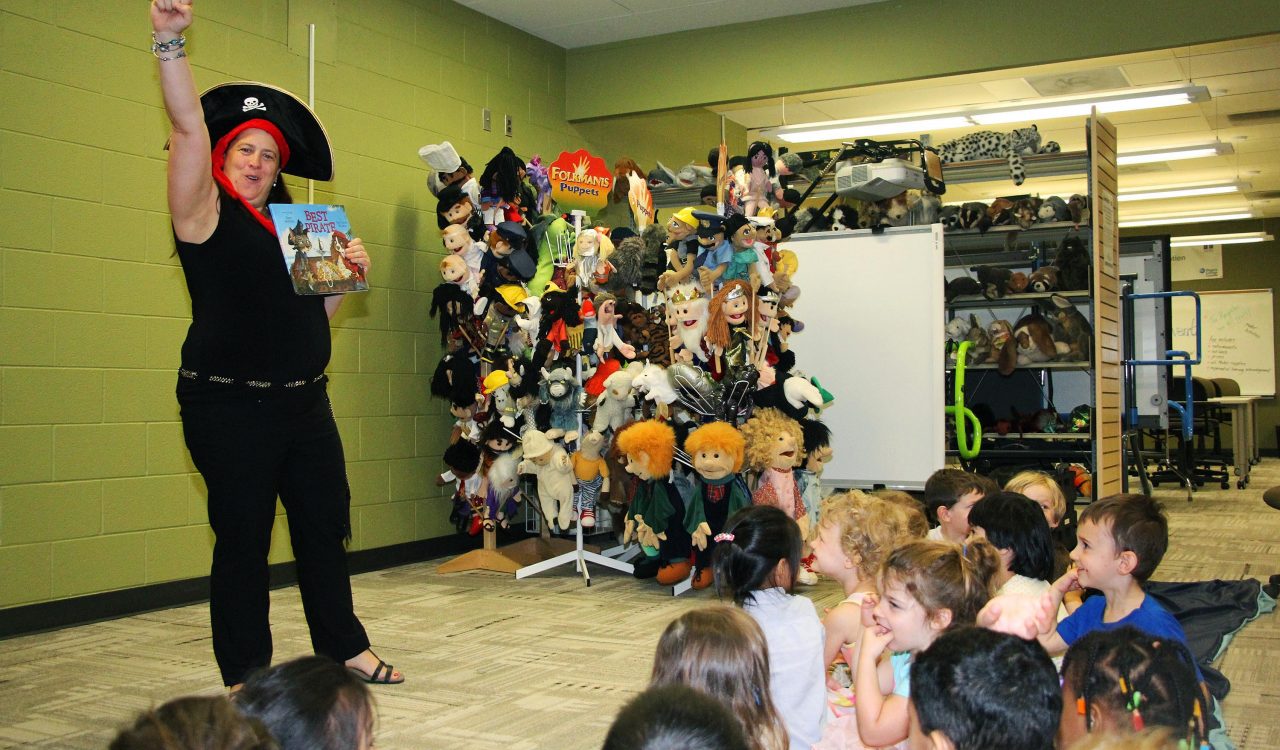 Kari-Lynn Winters, an associate professor in Brock’s Department of Teacher Education, reads her new book, Best Pirate, to a group of children from the University’s Rosalind Blauer Centre for Child Care. Winters shared the story during her book launch on Tuesday, Sept. 19 in Brock’s Instructional Resource Centre.

Best Pirate is the third in a series published by Pajama Press, preceded by Winters’ Bad Pirate and Good Pirate.

“Who doesn’t love pirates?” Winters said when asked about the inspiration behind the books. “They talk funny and they’re adventurous — all kids love adventure.”

Many children have responded positively to the series’ main character, a female buccaneer — and dog — named Augusta Garrick.

“A lot of kids will say, ‘I’m glad you made her a girl.’ There should be more stories about adventurous girls,” Winters said.

The latest edition, illustrated by Dean Griffiths and edited by Ann Featherstone, offers life lessons about sharing and compromise.

“We really want to get kids imagining, feeling like they’re engaged in the story, feeling like they can visualize it, make predictions and connections,” Winters said. “I hope they understand the story — the idea that you don’t have to be the same as everyone else, that different friends can work together towards an outcome that’s positive for everyone.”

Winters, who has published 25 picture and poetry books, hoped the teacher candidates in attendance at Tuesday’s launch found inspiration to bring stories to life when sharing them with children.

“It doesn’t have to be a dull moment — sitting in a chair, just opening a book and reading it,” she said. “You can really engage children with questions. You can use drama to bring books to life and to liven children’s imaginations.”

Best Pirate is now available in The Campus Store.