Brock grad student working behind the scenes for Niagara IceDogs 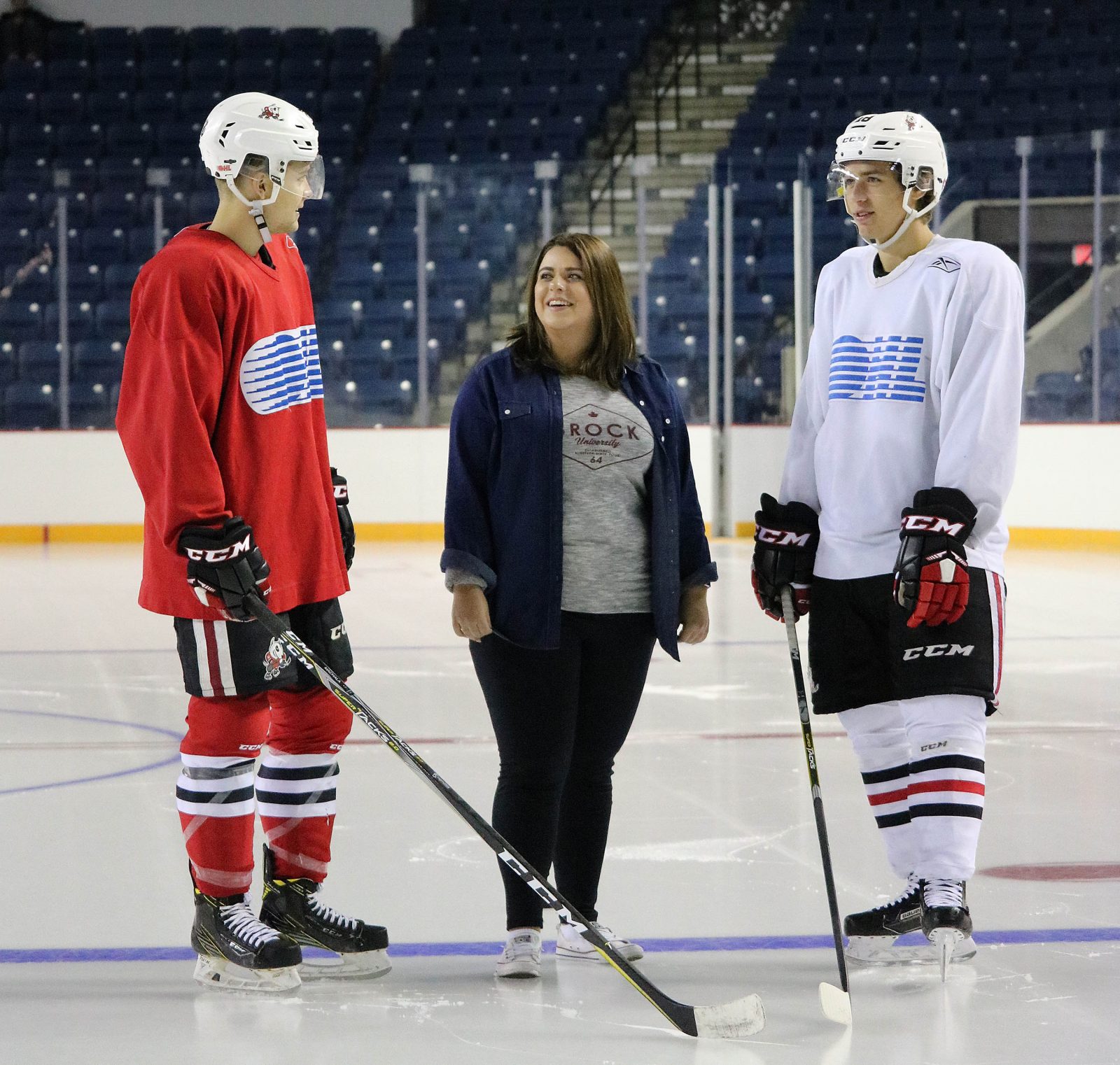 When the Niagara IceDogs play their season home opener at the Meridian Centre Friday night, Brock University graduate student Jordyn Moussa will be part of the team — not shooting pucks or making saves, but keeping the army of IceDogs fans following along online updated.

As she heads into her second season as the team’s online media intern, Moussa said she is fulfilling her goal of wanting to do something outside of school that would help her grow “both professionally and academically.”

Moussa tries to mentor the players on ways to build their online presence in a professional way.

“It’s so important for aspiring professionals, whether you want to play on a team or work for a company, to realize that once something is posted online, it could follow you throughout your entire career,” she said.

For Moussa, the transition from simply managing her own social media to that of an entire team was a bit of a learning curve.

“In that first year I wasn’t just learning how to manage another person’s brand, I needed to learn about all of our players, both past and present, and then establish myself as the person who was following them for all games,” she said.

Moussa developed a love for the game after an extensive injury left her bedridden for a month and watching the 2009 International Ice Hockey Federation World Junior U20 Hockey Championships on television.

“My mother explained hockey to me and what it meant to be a player at that level,” Moussa said. “After that I just wanted to keep learning.”

Her interest in hockey has led her to a master’s thesis about the impact of historical change on the organizational design of major junior hockey leagues in Canada.

Going back to the 1960s, when major junior hockey was first created, Moussa is researching trigger events that may have prompted change in the design, structure, ownership and values of hockey organizations.

“I study how leagues operate in their own environment and how in Canada they’ve gone from operating with a few teams in their leagues to expanding to 22 in the Western Hockey League, 20 in Ontario and 18 in Quebec.”

Moussa said her work is not intended to critique, but to understand how the leagues exist in Canada and potentially make recommendations to help them move forward.

“At Brock we’re very fortunate to have the most diverse sport management faculty in Canada. I’ve been able to read literature from well-respected researchers, who are here on campus and then approach them and ask questions about something they wrote several years ago to gain further insights,” she said.

As she prepares for the Niagara IceDogs home opener against the Erie Otters Friday, Moussa said it takes some work to balance her job as an intern with being a full-time graduate student.

“Interning for the Niagara IceDogs has helped me develop interests similar to, but outside of what I am studying,” she said. “It’s a lot of work doing both, but it’s very rewarding to be able to grow my professional knowledge in an area that is extremely important to me.

“I have two communities — one among the Applied Health Sciences graduate students on campus and then I go downtown and have this whole other community with the shared interest of representing the IceDogs brand.”