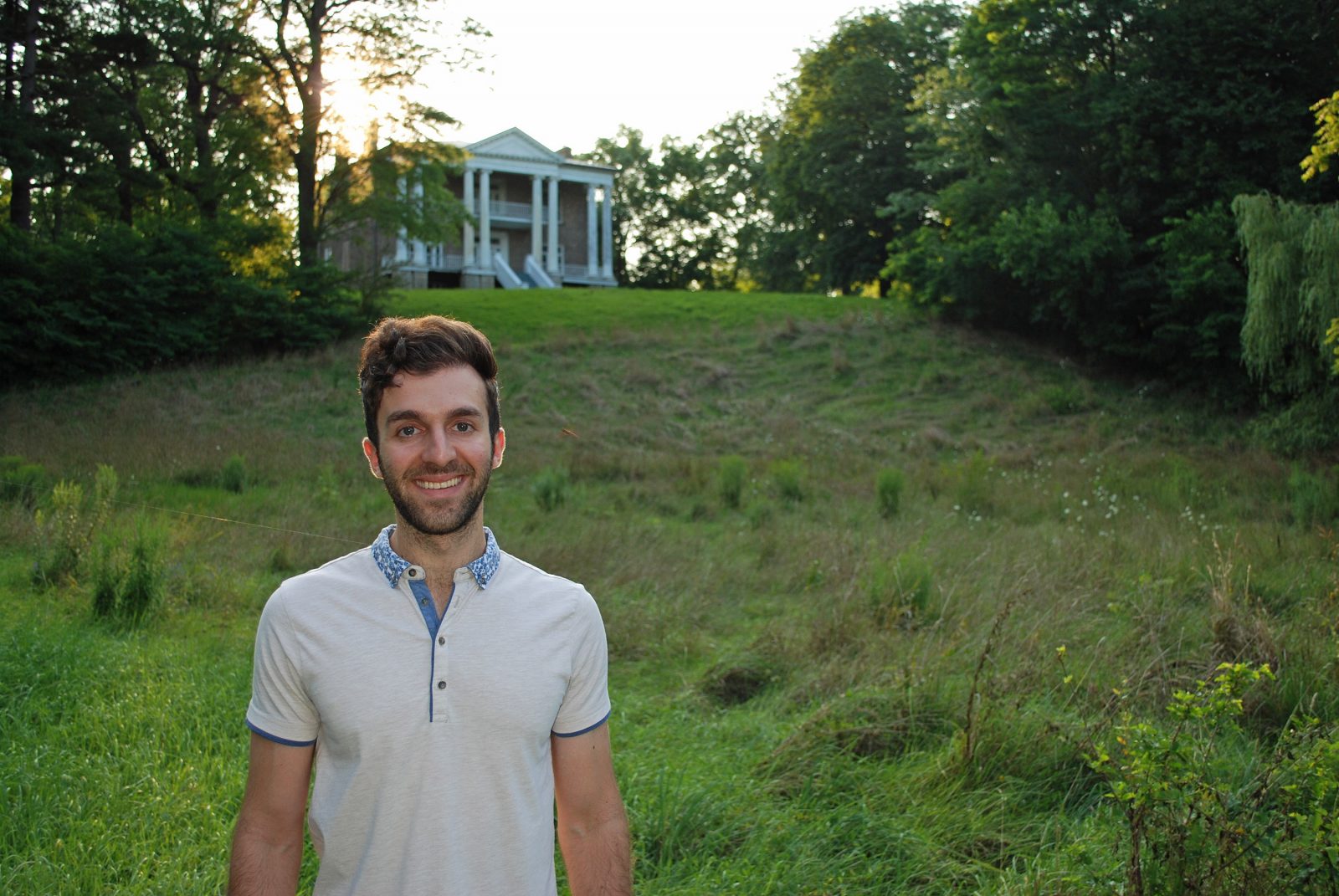 Brock Master of Arts in History student John Raimondo has focused his major research project on the concept of a virtual 3D deep map for the historic Willowbank Estate in Queenston.

John Raimondo wants to help people travel back in time.

In an effort to share details of history in an engaging way, the Brock Master of Arts in History student has been working for the past year on the concept of a virtual 3D deep map of a national historic site. While the project — centred on Willowbank Estate in Queenston — serves as his major research paper, the Niagara native hopes it will inspire fellow historians to embrace technology as an engagement tool.

A virtual 3D deep map is a digital recreation of an environment that allows the viewer, using virtual or augmented reality software, to walk through a property or landscape and conduct intensive first-hand exploration. It allows for not only the physical attributes of the space to be examined, but also for stories, memories and traditions historically linked to the property to be shared.

“Deep maps capture the material and intangible products of spaces and places,” said Raimondo, who has been working on the project with the help of his supervisor, Digital History Associate Professor John Bonnett. “They’re ideological dimensions of places that include desires, goals, concerns, imaginings, people and community. Cultural artifacts.” 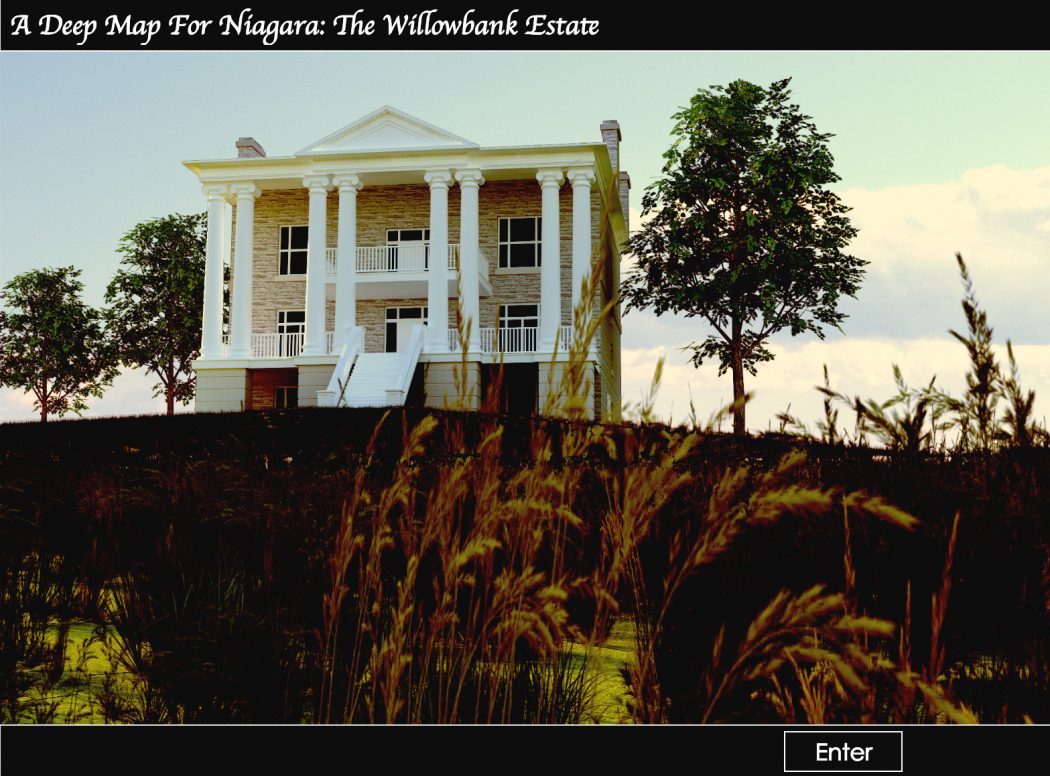 One slide of a mock-up rendering of a virtual 3D deep map of Willowbank Estate in Queenston is pictured. The rendering is part of a project undertaken by Brock Master of Arts in History student John Raimondo.

The deep map is a way to capture complexity, giving the user the ability to explore a spatial narrative within a place and time context.

Although geographic information system (GIS) maps have become a source for sharing historical information in recent years, they are not at a stage of full immersion yet, Raimondo said. He believes a virtual deep map, using virtual reality or augmented reality, can show immersive possibilities that go beyond GIS.

“GIS I feel only highlights space and place in two dimension. It lets you look from above down into it, as an observer, rather than from a first-person view,” Raimondo said.

The 3D approach can be a challenge, with the need to not only learn the technology but determine how to essentially “map the unmappable,” but he believes those hurdles are well worth overcoming to spark interest in the public.

“I feel like in today’s world, historians need to do things that are unique,” he said, adding technology is a helpful tool that can assist with those efforts.

Raimondo chose Willowbank for the project because of its many historical layers. He focused on only a small portion of the property’s history — from its construction by the Hamilton family in 1834 to its era under the Bright family in the 1930s.

As users walk through the property, using virtual reality, they are able to enter ‘space time cubes’ that transport them to different times in the estate’s history. This allows users to see and learn about renovations and changes to the landscape, as well as discover details about the people who lived within the home and their lifestyle during that time.

While only a mock-up rendering exists of his vision to date, Raimondo would love to see the mock-up transformed into an actual virtual environment.

He also wants to present the concept to various scholars and historians in hopes of it gaining some traction in the field.

“A lot of people have misconceptions about history,” he said. “They think it’s only facts and dates, but it’s more than that. This is one way of using technology to make it more engaging and interesting for people.”