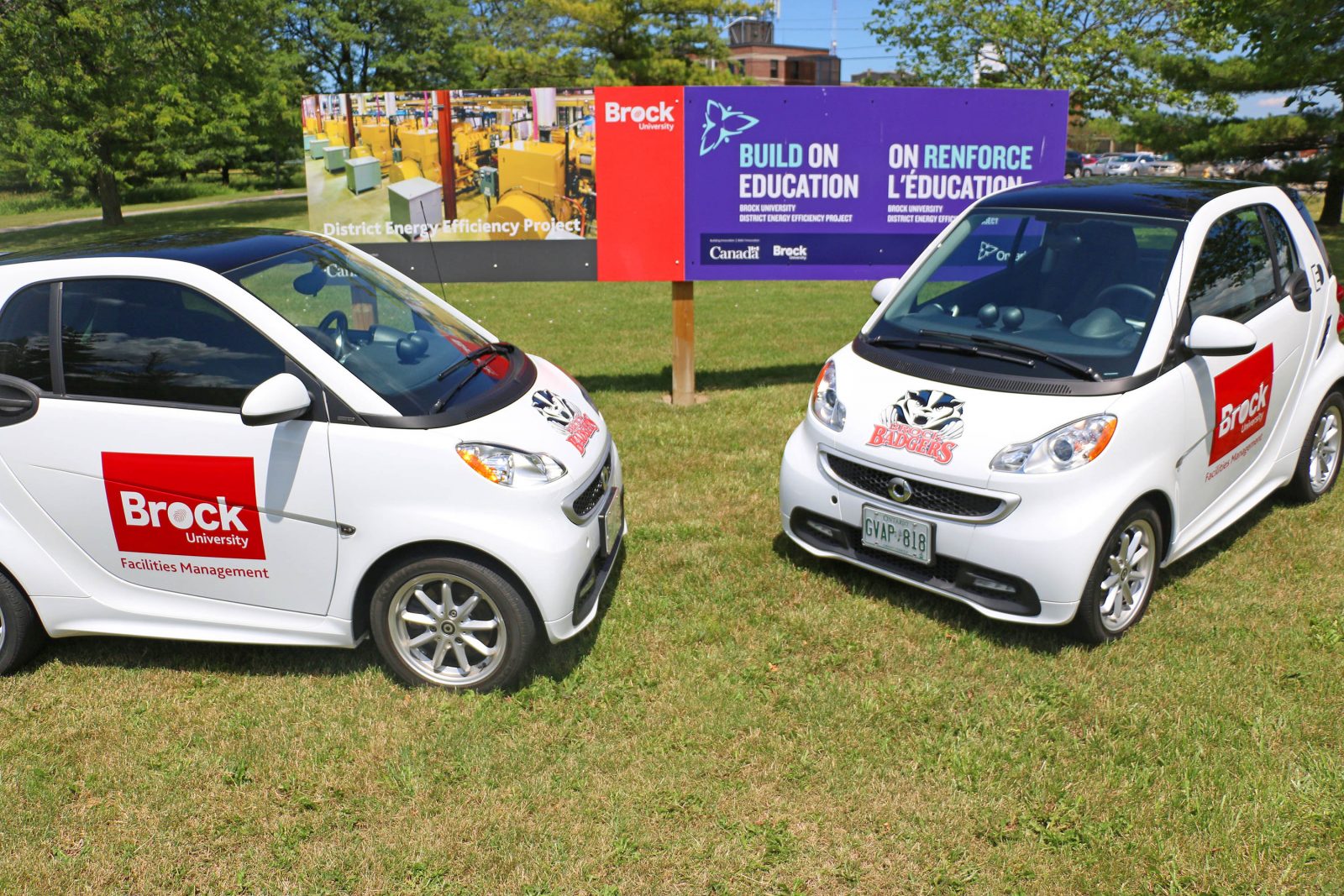 You may have noticed them buzzing about campus over the past few months.

Two new Brock-branded electric Smart cars have been added to the Facilities Management fleet, contributing to the University’s efforts to reduce carbon emissions.

Brock has a number of initiatives on the go as work continues to achieve a goal of reducing carbon emissions by 20 per cent between 2013 and 2023. 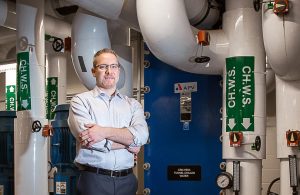 The Smart cars replaced supervisor vehicles — one van and one SUV — previously driven around campus. The two-year-old electric cars, each with minimal kilometres, were purchased for $10,000 each. In comparison, vans previously added to the fleet were each more than double that cost.

“We get about a week and a half on one charge just moving around campus, avoiding fill-ups at the gas pumps,” said Scott Johnstone, Interim Associate Vice-President of Facilities Management.

The University sought out green options when replacing the fleet vehicles and the cars have proven to be a benefit since their introduction two months ago.

“Our goal is to work toward carbon neutrality over time,” Johnstone said, calling the Smart vehicles a step in the right direction. “We’re trying to cut down on burning fossil fuels as much as we can.”

The University is also midway through its $10.8-million District Energy Efficiency Project (DEEP), which is scheduled for completion by the end of April 2018.

The project is funded by the federal and provincial governments, through the Strategic Investment Fund and Facilities Renewal Program respectively.

The DEEP project includes an upgrade to Brock’s co-generation plant and satellite utility areas that will allow the University to reduce its carbon emissions by 15 per cent. The plant produces electricity, heating and cooling for main campus research laboratories, teaching spaces and supporting infrastructure.

That reduction is a “huge step” toward Brock’s 20 per cent reduction goal, Johnstone said.

The DEEP project will replace more than 50 per cent of the natural gas power co-generation engines and controls with state-of-the-art, high efficiency, electronically controlled units.

Also replaced with a high-efficiency model will be the University’s 25-year-old absorption chiller, which will increase cooling capacity and save more energy.

It’s also expected to free up funds that can be put toward other energy saving initiatives and deferred maintenance projects.

Brock is currently exploring solar and wind power options for the future.