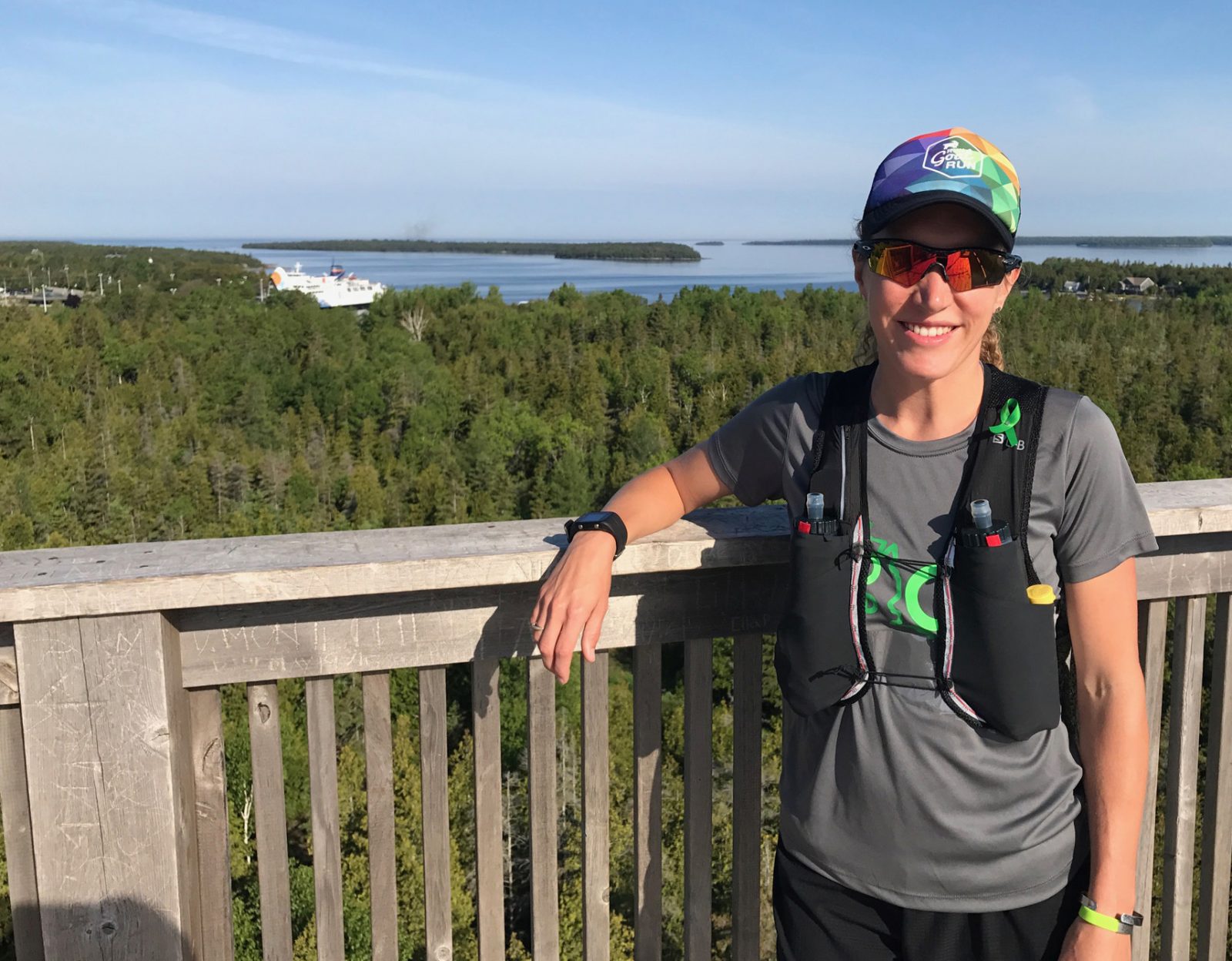 Brock employee Emily Allan is 250 kilometres into her near 900-kilometre fundraising run for Cystic Fibrosis that will take her along the entire length of the Bruce Trail.

Each day, Emily Allan wakes up in a new town along the Bruce Trail with one goal in mind: to cover more ground, and raise more money for Cystic Fibrosis.

The cross-country coach and employee in Brock University’s Faculty of Applied Health Sciences has now run more than 250 kilometres during End to End CF, an expedition covering the entire 895-kilometre Bruce Trail that aims to raise both funds and awareness. 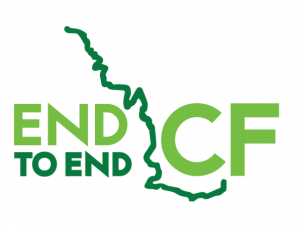 Cystic Fibrosis is the most common fatal genetic disease affecting Canadian kids and young adults. Allan is doing the run in memory of her cousin Sarah Bloomfield, who died of the disease at age 23.

On Thursday, while Emily was running a challenging 44-kilometre leg near Owen Sound, her fundraising total passed the $20,000 mark — more than twice her original goal of $8,950, or $10 per Bruce Trail kilometre.

“It’s amazing. It makes me truly feel like everyone is supporting me,” Allan said. “The whole reason for this run was to raise funds and awareness and hearing that we had crossed that milestone means so much to me.”

Allan plans to run about 42 kilometres — the distance of a full marathon — every day, aiming to finish on Canada Day at the Bruce Trail’s southern terminus at Queenston Heights.

End to End CF has been supported by Brock University, Outdoors Oriented, the Fonthill and District Kinsmen Club, Rankin Construction and Niagara Battery and Tire, as well as many campgrounds along the route who have allowed Allan to stay for free.

For more information or to make a donation, visit www.endtoendcf.ca

BY THE NUMBERS (as of Thursday, June 15)

250 … distance, in kilometres Allan has covered

46.3 … longest distance covered in one day

2 … number of rattlesnakes Allan has encountered on the trails