Get ready for detours as construction shuts down Tower lobby 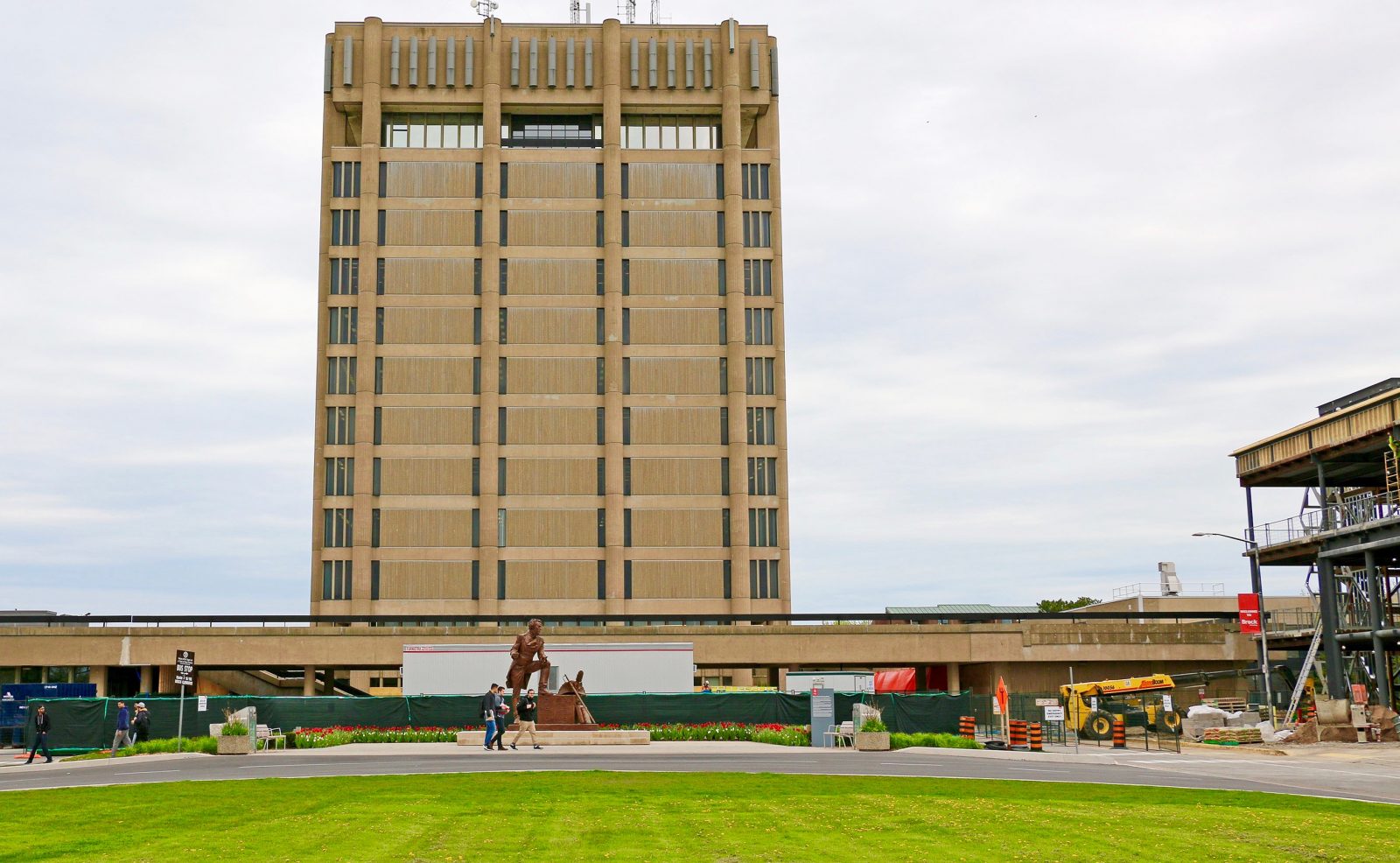 Starting Monday, May 15, construction work will shut down the main front lobby of Schmon Tower. For the following month, this will mean major diversions for:

1. Accessing Tower and Learning Commons from front of campus (Map A)

From May 15 until mid-June, the main front doors from the Tower plaza into Thistle corridor (near the Learning Commons) will be closed due to construction.

To reach the Tower, the Learning Commons and the west end of campus — pedestrians in the Isaac Brock statue area will need to detour through Welch Hall/David Howes Theatre lobby and on to the entranceway at Scotiabank Hall near the Computer Commons (fishbowl).

To reach the Chown Complex, Jubilee Court, Decew buildings and the east end of campus — pedestrians in the Isaac Brock statue area will need to detour eastward around the Goodman Business School construction zone. 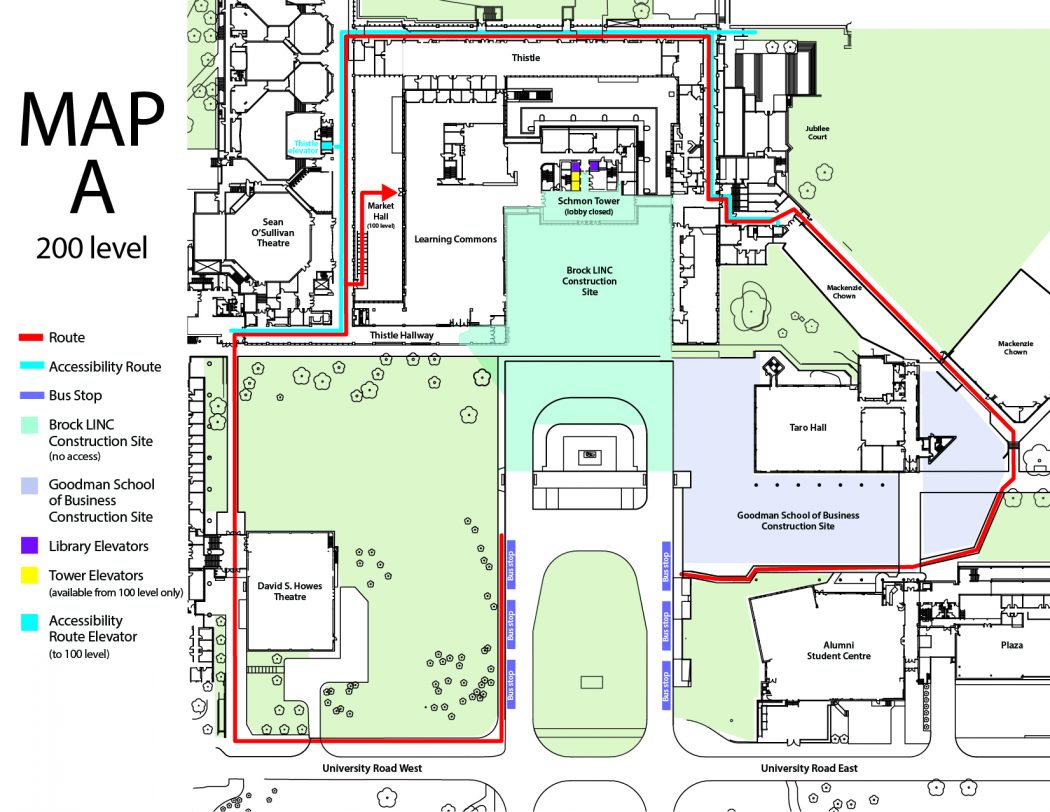 2. Accessing the Tower elevators (Map B)

From May 15 to mid-June, all access to the Schmon Tower front lobby will be closed.

People needing to access the main Tower elevators (to non-library floors) must do so from the bottom 100 level, via Market Hall.

Access to elevators serving the Library floors of the Tower will not be affected. 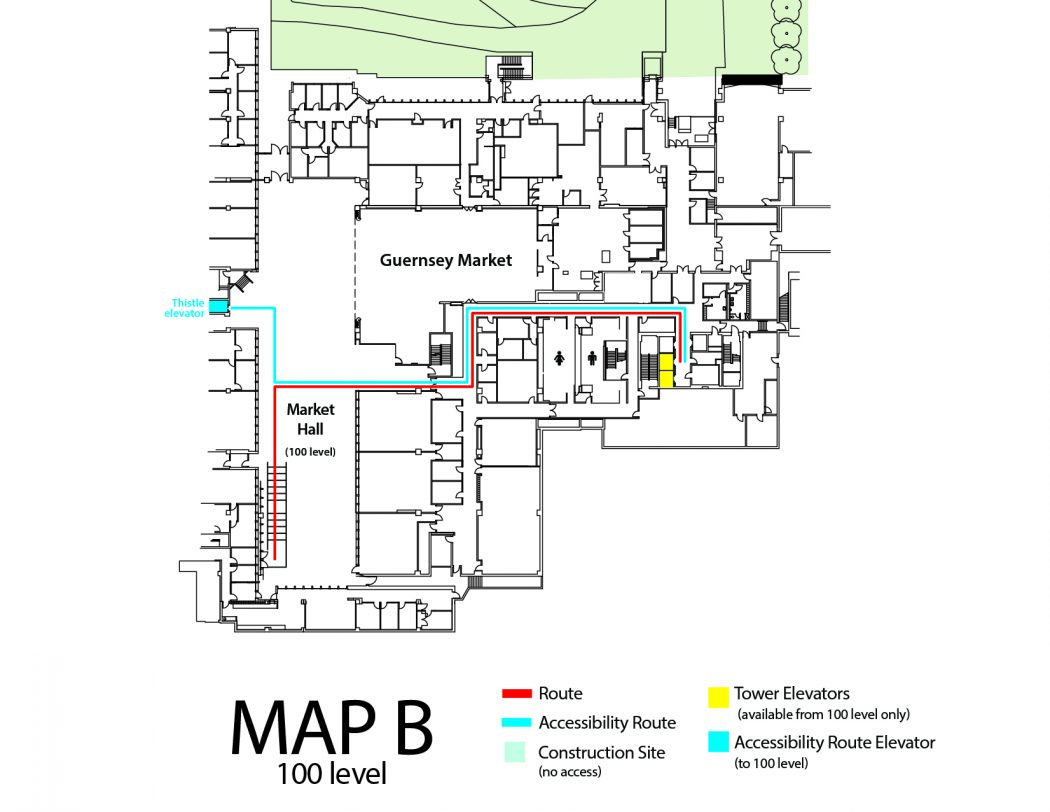 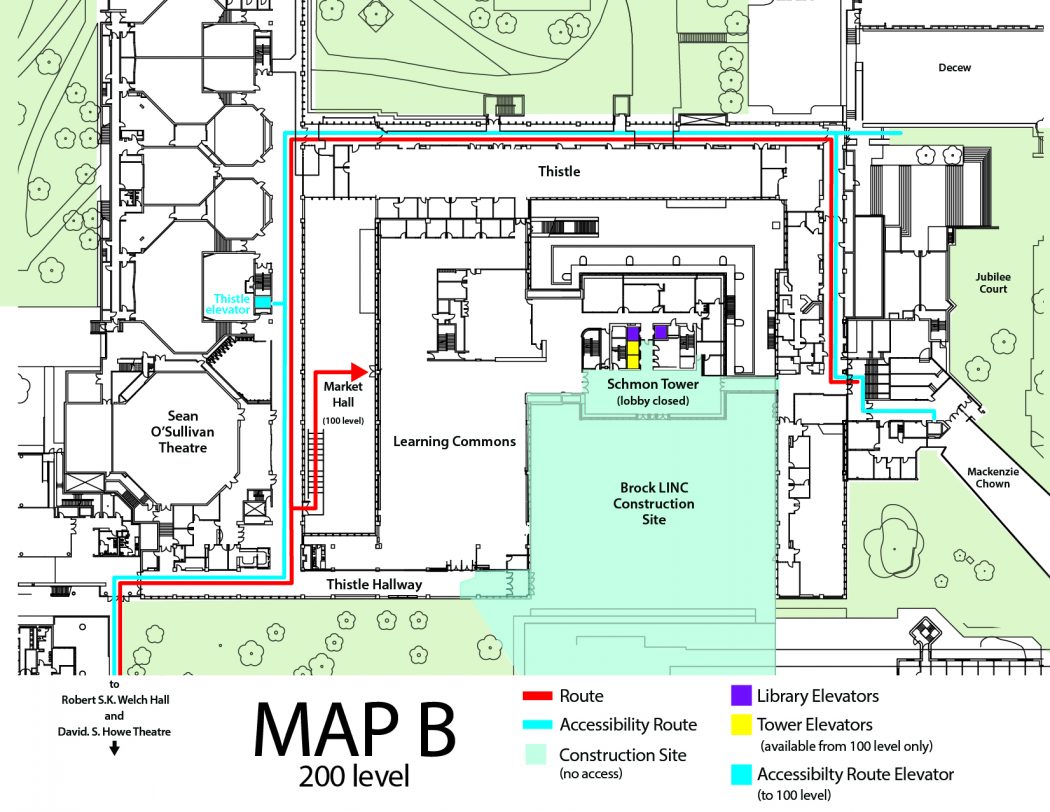 3. Getting from east to west, or vice versa, on foot

From May 15 to mid-June, all entrances to the Schmon Tower front lobby will be closed and inaccessible.

Persons moving internally through the Tower area, from one side of campus to the other (i.e. from Chown Complex to Scotiabank Hall) need to detour through corridors behind the Tower — using the Thistle north and Thistle west corridors.

The closure of the Schmon Tower front lobby will also mean the two gender-neutral, accessible washrooms in front of the tower elevators will be unavailable. Other accessible, gender-neutral washrooms are available: near Sean O’ Sullivan Theatre on Level 200; on Level 100 of West Thistle hallway; and on the fourth floor of Schmon Tower. 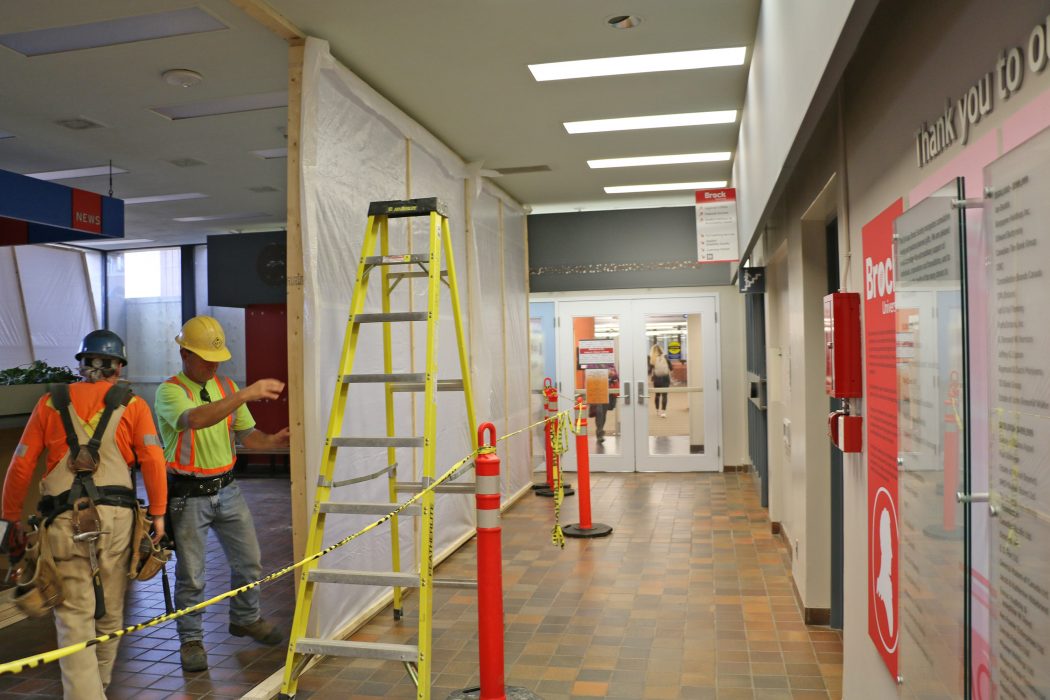