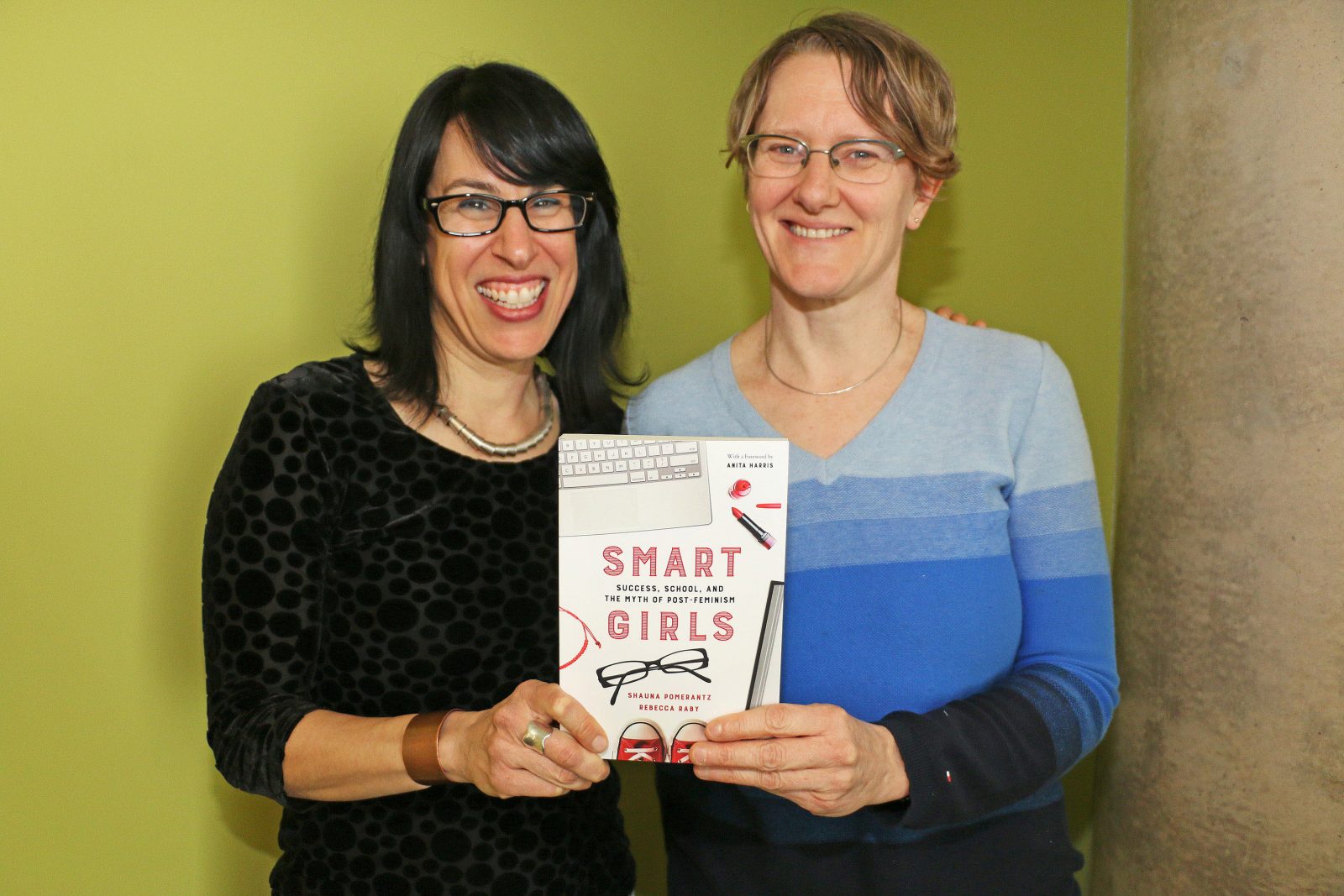 They may be the smartest ones in their class, but barriers still exist that prevent some young women from raising their hands when they know the answer.

The concept of “dumbing down” is one of several challenges faced by girls that are explored in a new book by Brock University Child and Youth Studies professors.

Shauna Pomerantz and Rebecca Raby have spent the past six years examining the issues that academically successful females encounter.

Their new book, Smart Girls: Success, School, and the Myth of Post-Feminism, investigates how girls deal with stress, the ‘supergirl’ drive for perfection, race and class issues, and the sexism that is still present in schools.

The book explores what it means for girls to “dumb down” and includes stories of students who felt the need to giggle and ask for help in the classroom even though they knew the answers.

“On the heels of Trump’s win and on the heels of what we are seeing to be a backlash against racial and gender gains that we have made, I think that the book can contribute to a bigger conversation about what work still needs to be done in the 21st century,” said Pomerantz, an associate professor.

“We’re not anywhere as far as we think we are.”

During their research, Pomerantz and Raby interviewed 71 girls and boys between the ages of 11 and 18 who attended 15 public, Catholic and private schools across Niagara.

Some of the girls interviewed felt the need to offset their intelligence by being conventionally pretty, exceptionally nice, thin or athletic, while others would keep quiet about their smarts in order to keep it from their peers, said Raby.

“Girls’ lives are complex,” she said. “They still experience sexism. There are challenges with really dominant popular conceptions of femininity that girls have to try and negotiate.”

Pomerantz said the book is meant as a “critique of the way girls are talked about currently around education and schooling, particularly in the media.”

Girls’ academic successes are often touted in headlines, while the suggestion is made that boys are falling behind and require additional attention, Pomerantz said.

“Don’t believe the hype. We’re not in a post-feminist movement,” she said.

“Girls still need attention, so do boys. We can’t focus on one at the expense of the other. We have to look at what’s going on overall.”

The goal of the book is to put girls back on the agenda.

“What we’re trying to show is that whether girls are smart or not, they’re still struggling in ways that we don’t really talk about or see anymore,” Pomerantz said.

The book is geared toward the general public with the aim of showing how teachers, administrators, parents and the media can help young women thrive.

Smart Girls is available at the Brock University Campus Store, both in store and online, Chapters online and in store, as well as on Amazon.

A book launch is scheduled to take place Friday, Feb. 10 at the Niagara Artists Centre in downtown St. Catharines.