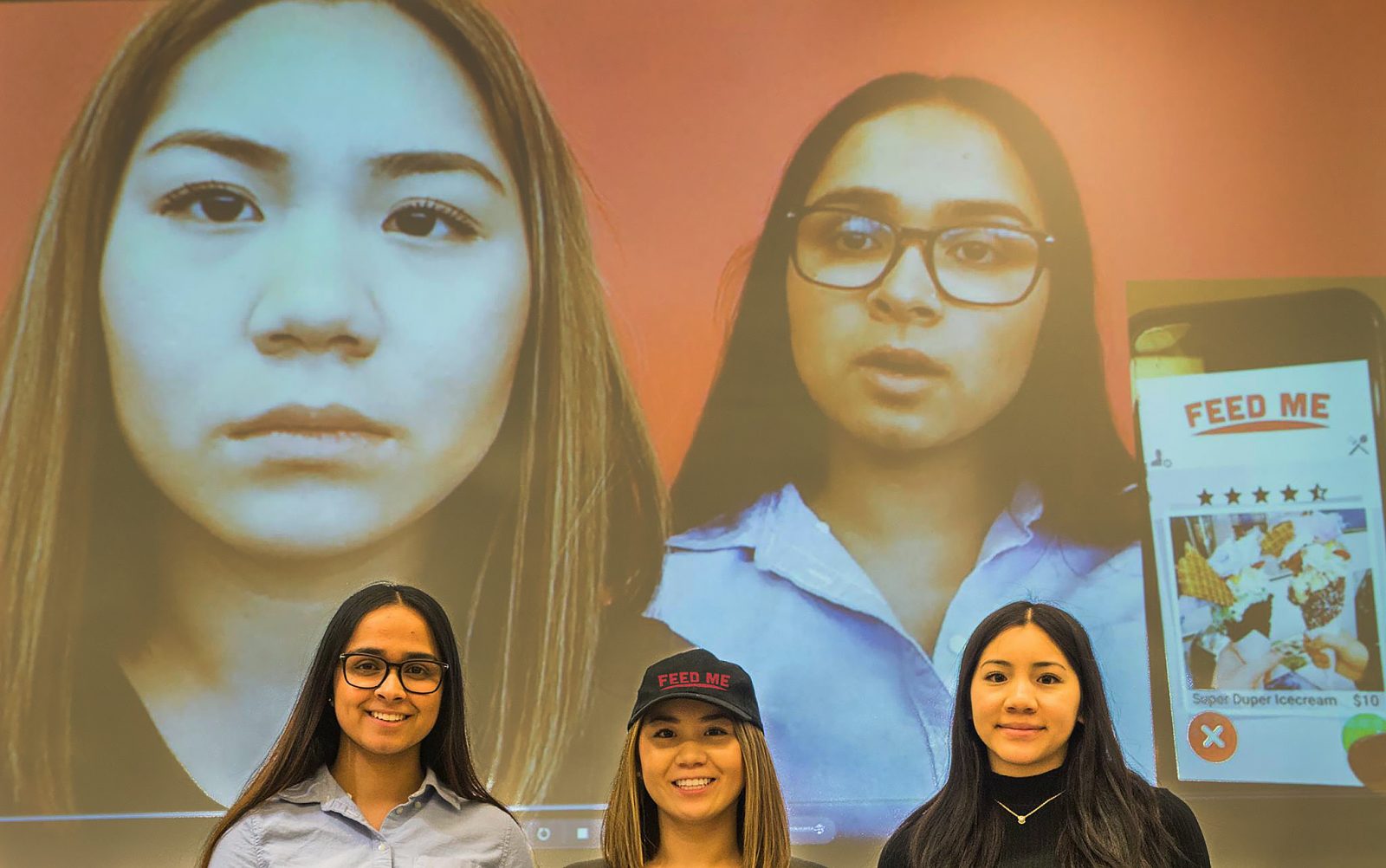 Goodman School of Business students Shubhra Rishi, Sylvie Nguyen and Celine Nguyen were part of a team that won first place at the Startup Weekend York Region competition Jan. 27 to 29.

Celine Nguyen, Sylvie Nguyen and Shubhra Rishi, all business students in Brock’s Goodman School of Business, were given a taste of entrepreneurship — and they liked it.

The sampling was offered to the trio, who are taking Professor Shawna Chen’s entrepreneurship class this semester, at the Startup Weekend York Region Jan. 27 to 29.

The students chose to attend the competition as part of an assignment and ended up winning first place for their business idea and pitch.

The two-day event had participants spend 54 hours listening to entrepreneurial pitches, learning from business mentors and forming teams to build an idea.

Rishi said the Goodman group didn’t attend the event with a specific business idea in mind. Instead, they wanted to join a team and learn more about entrepreneurship by helping them with their business knowledge.

“We went really wanting to help someone else who was passionate about their idea with their business,” said Rishi.

They made a connection with Jelani Thompson and Kwaku Attah, both Seneca College students and web developers.

The five students hit it off and worked all day Jan. 28 to build on their collective idea for a new food app that originated from their collaborative discussions and joint passion for food.

“I think that’s why we were so successful,” Celine said. “We’re all just so passionate about this idea.”

The app, called Feed Me, is designed to pair consumers with food dishes that are sorted and customized by dietary restrictions, distance and price range.

With the tagline “all you can swipe,” the app shows consumers photos of food and matches them with the restaurant’s information only when the photo is swiped right.

“You’re presented with different types of dishes and we wanted to focus on local restaurants that are hard to find,” said Sylvie.

The group worked quickly to create a working prototype for the judges, drawing on Celine’s graphic design skills — a hobby that she had never explored professionally before.

“The main reason we won was because we used the weekend as a tool for networking and we were able to create the prototype so quickly,” she said.

Now that they have Feed Me on their plates, they are looking at pursuing it in a bigger way.

“We’ve had people reach out to us after the weekend who are interested in working with us on this business,” said Rishi.

The Startup Weekend experience was eye-opening for the three Goodman students, who had not previously thought about entrepreneurship as a career path.

“I was very closed-minded about entrepreneurship before,” said Sylvie. “This weekend was life-changing.”

Feed Me has since become a resident of BioLinc, Brock’s business incubator run by the Goodman School of Business. 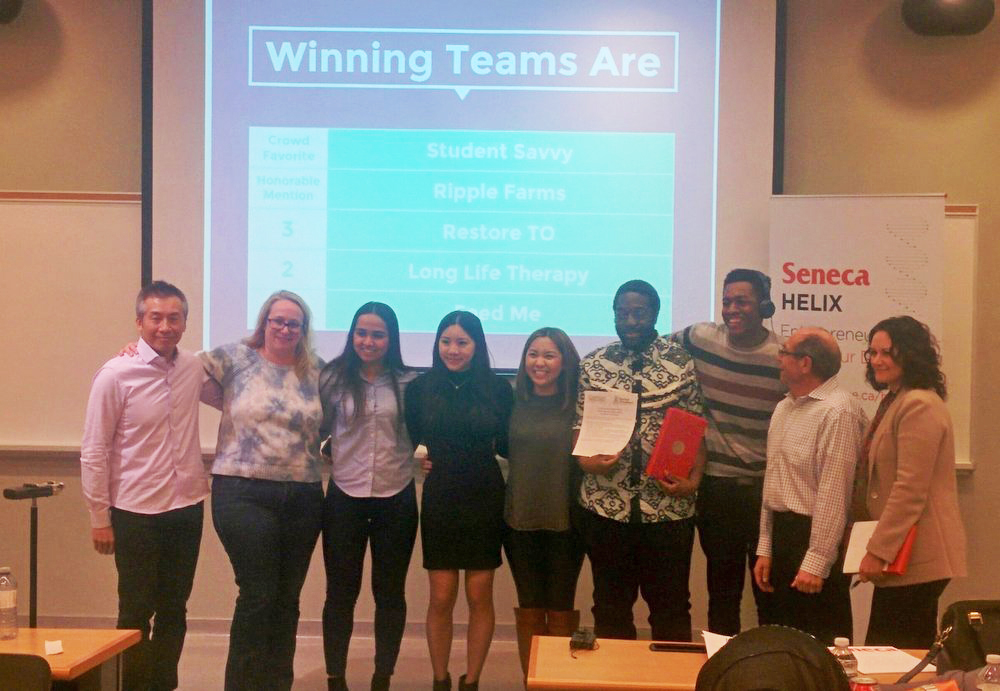