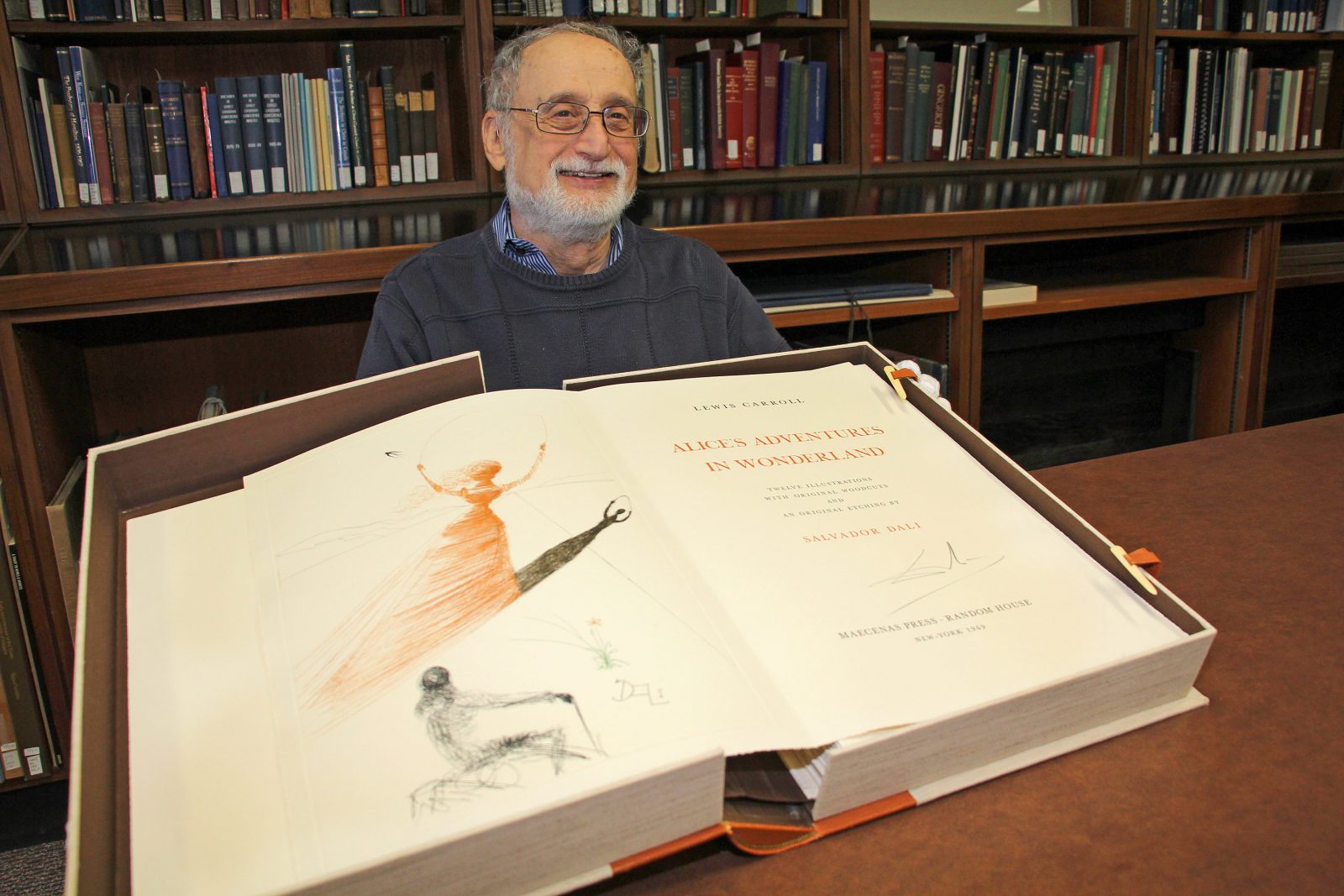 Stuart Rothstein, a retired Brock chemistry and physics professor, donated a rare version of Alice's Adventures in Wonderland, illustrated by Salvador Dali, to the University's Special Collections on Thursday.

A literary classic with a surrealist twist now has a home at Brock University.

Alice’s Adventures in Wonderland, as illustrated by Salvador Dali, has been added to the University’s Special Collections.

The book was donated Thursday by Stuart Rothstein, a retired Brock chemistry and physics professor, who has meticulously maintained its condition since he first picked it up from a St. Catharines bookstore in 1970.

Rothstein, who has long had an interest in surrealism, was the book’s only owner before he handed the 1969 publication over to the University.

“I knew straight away it was a valuable work of art, so I treated it as such,” he said, adding it has never been handled without gloves.

“I’m fond of the book, but I would like to see it used by more people than me,” the Grimsby resident said with a smile while sitting in Brock’s library.

“I have positive feelings toward the University, so I thought it would be an appropriate place to donate the book … I’m delighted it will be used by literature students, by students in the arts.”

Rothstein taught at Brock for more than 40 years before officially retiring three years ago. He is still involved in research taking place on campus.

David Sharron, Head of Brock’s Special Collections and Archives, is researching how many prints of the book were made. This particular copy labelled as No. 363.

An independent appraiser will be invited to come in and determine the book’s market value, though online estimates put it in the range of $8,000 to $12,000, Sharron said.

He expressed his gratitude to Rothstein for sharing the rare piece with the University.

“We’ll treat it with all the care and respect that Stuart has over the past 40 years to make sure it’s here well into the future.”