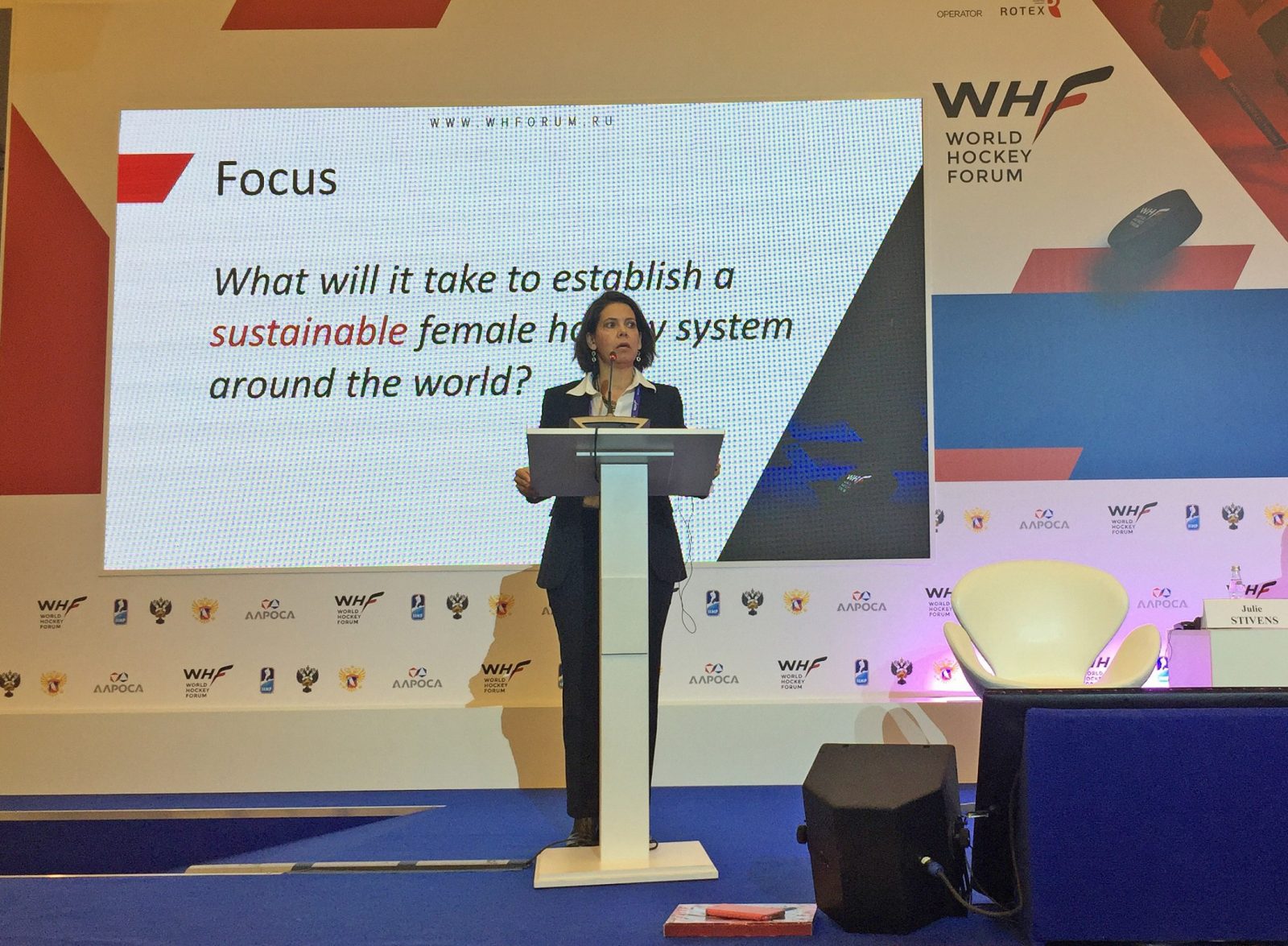 In a world where men’s hockey dominates in profile, prestige and revenue, the International Ice Hockey Federation (IIHF) is turning to Brock University Sport Management professor Julie Stevens for advice on how to promote women’s hockey around the globe.

“There is worldwide interest in developing women’s ice hockey programs, but the process is slow and requires a co-ordinated international effort and commitment,” said Stevens, who was asked to speak on the issue at an IIHF conference in Russia last month. “Since men’s ice hockey generates so much money, it garners most of the attention, but some national hockey federations are beginning to seek advice on how to make women’s ice hockey a priority.” 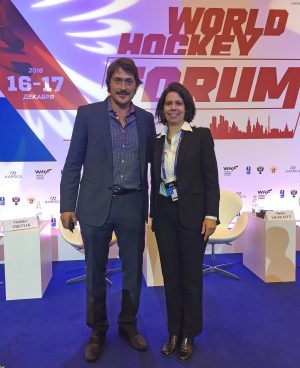 Stevens, who conducts diverse hockey research, was a lead presenter at the first World Hockey Forum held in Moscow. Her understanding of the unique needs of each country and knowledge of best practices for growing the sport has made her a sought-after expert.

“I don’t think fans in Canada and the U.S. realize how much women’s hockey is played around the world,” Stevens said.

In Russia, the Brock prof talked to members of the IIHF about how they could use similar strategies to men’s hockey to build up their women’s programs, “but also recognizing the need to adopt specific approaches which help to overcome the country-specific social, gender and economic barriers women face,” she said.

Stevens got interested in hockey at a young age. Her experiences as a competitive player and coach helped her cultivate a strong understanding of the sport’s history.

“Starting out in a grassroots hockey system as a girl and then joining university hockey in the late 80s allowed me to experience hockey at a critical time for the sport in Canada,” said Stevens.

“In Ontario, when we were on the brink of losing our women’s hockey varsity program, university administrators stepped in to save the sport. Their commitment taught me the importance of a strong governance system as a key factor to expand women’s teams.”

By using university and club governance models as examples, Stevens regularly speaks to the many opportunities there are to develop women’s hockey programs globally.

“Men’s hockey developed because countries were extremely competitive with each other,” explained Stevens. “To effectively grow women’s hockey, I envision a more co-ordinated global approach that not only shares success stories among nations, but also recognizes that each country will need to develop at its own pace and with a method that best suits its unique hockey system.”

Since attending the World Hockey Forum, Stevens has connected with sport leaders in Europe and Asia to do research and further develop strategies for building the sport.

“I feel very fortunate to be in the position of helping open doors for future female athletes around the world,” she said.

In addition to her research accomplishments, Stevens is an assistant coach for the Brock Badgers varsity women’s hockey team. 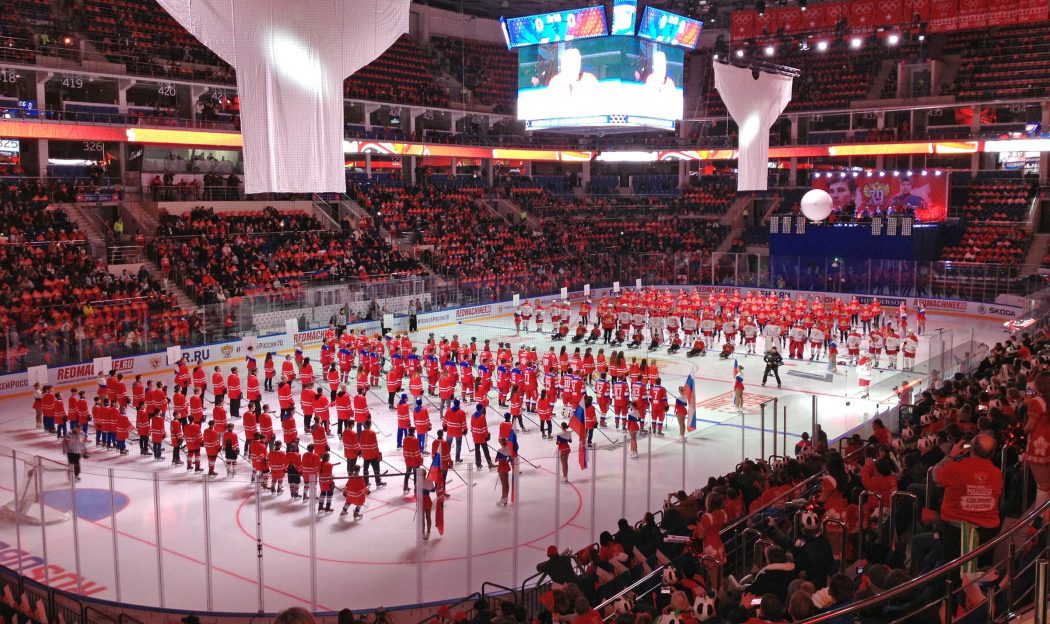