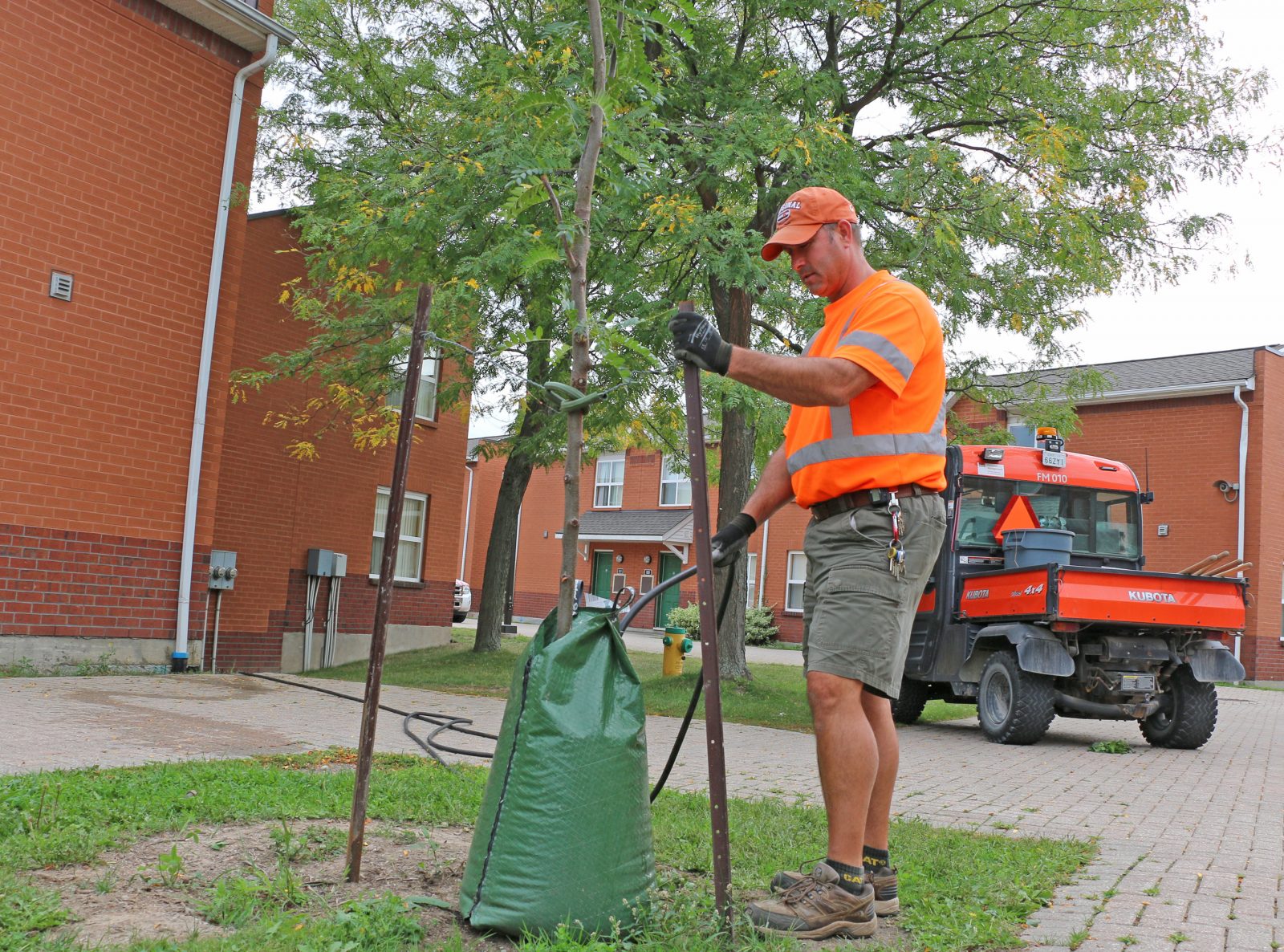 It was hard not to notice the row of honey locust trees in front of Taro Hall being removed in October to make way for the $22-million expansion of Brock’s Goodman School of Business.

Less obvious, however, is the plan that had long been in place to replace them with even more new trees around campus.

In the past two years about 155 new trees have been planted by the Brock grounds crew, an initiative that can be traced to the construction of the Cairns Family Health and Biosciences Complex, said John Dick, Manager, Ground Services.

“When Cairns came along, we had to remove trees, but we planted way more trees than we removed,” said Dick. “They haven’t necessarily gone back in the same spot, but we’re planting mostly native trees and placing them in locations where they will thrive well into the future.”

One of the challenges for Grounds Services is finding appropriate spots that will allow the trees to mature properly. Many areas have pipes and other obstructions that complicate the issue of digging and planting.

“Sometimes you wonder why there’s a spot that doesn’t have trees, but there are a lot of underground services that prevent them being planted there,” said Dick, who added that maintaining a balance with wide open areas on campus is also important.

Another issue crews have been dealing with for the past year or more is removal of dead or dying ash trees, as the relentless emerald ash borer insect continues to devastate those native hardwoods.

“All of Niagara is affected. There are some treatments but they’ll only work for the short term. Most of (Brock’s ash trees) are showing signs of having the insect. There are a number of young trees that haven’t been affected yet, so the hope is they may outlive the insect,” said Dick, adding that most of Brock’s ash trees were fortunately not of significant size or age.

As ash trees are removed, they’re replaced with a wider variety of species.

“We try to add tree species to keep our diversity going,” said Dick, “so that we don’t have the same problem in the future.”