Brock professor pens book on the urban-rural divide in Ontario 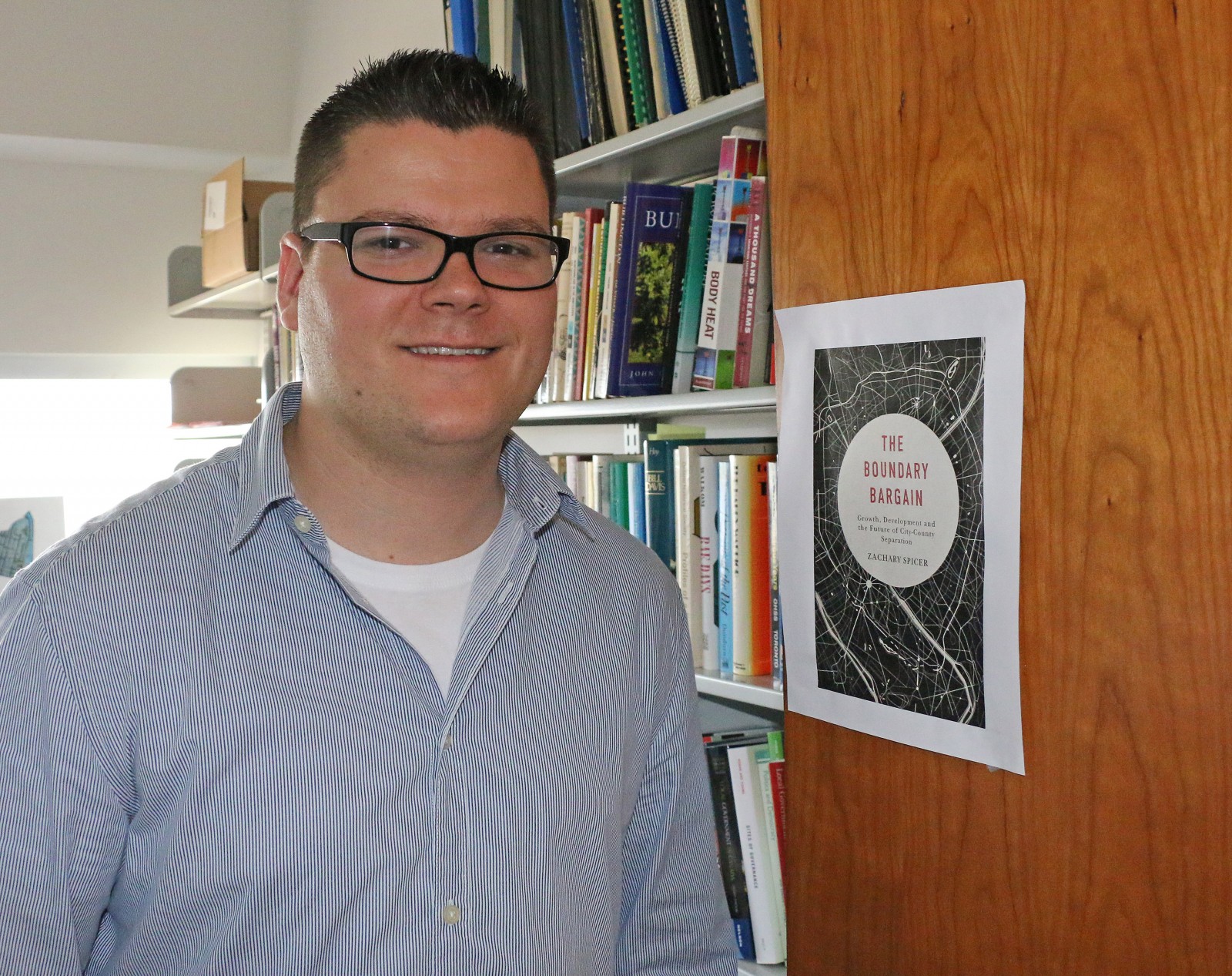 There was a time when the separation between city and rural was a distinct line. Rural residents typically stayed away from the big cities, and city dwellers rarely ventured into farm country.

“City-county separation is this old institutional framework for organizing governments,” he says. “Institutions needed to evolve over time and there are some that really haven’t.”

In his recently released book, The Boundary Bargain: Growth, Development, and the Future of City-County Separation, Spicer says there are numerous geographic areas around Ontario still clinging on to the old style of keeping cities and rural areas separate.

The book’s title refers to an unspoken agreement planners used to follow that “let the cities grow, but let the rural areas be left alone,” Spicer says. “Rural areas wanted to remain rural. Cities were rough. The separation was seen as being beneficial.”

But places like London, Guelph and Barrie are still operating in a bubble without consideration of the smaller places around them, he says.

“There are municipalities out there on their own with no connection to the growing areas around them.”

The Brock prof looks back at what led to the city-county separation style of governance, and to the eventual shift to more regional or multi-level forms of government.

Although Spicer says there are more than a dozen examples of that separation between cities and counties remaining in Ontario, he uses London, Guelph and Barrie as case studies for how the policy works, the problems it creates and best practices for addressing growth, development and sprawl.

Spicer says he wrote the book as an expansion of his thesis on the subject several years ago.

“To me it was a strange and peculiar situation that I wanted to look more into. It’s so unique,” says Spicer, who teaches classes on local government, city administration and public sector management at Brock.

The Boundary Bargain published by McGill-Queen’s University Press is aimed at a wide audience from municipal politicians, planners and administrators to residents living in city-county separated areas.

“It has a cross-disciplinary appeal to it,” Spicer says.