David Vivian named next Director of the MIWSFPA 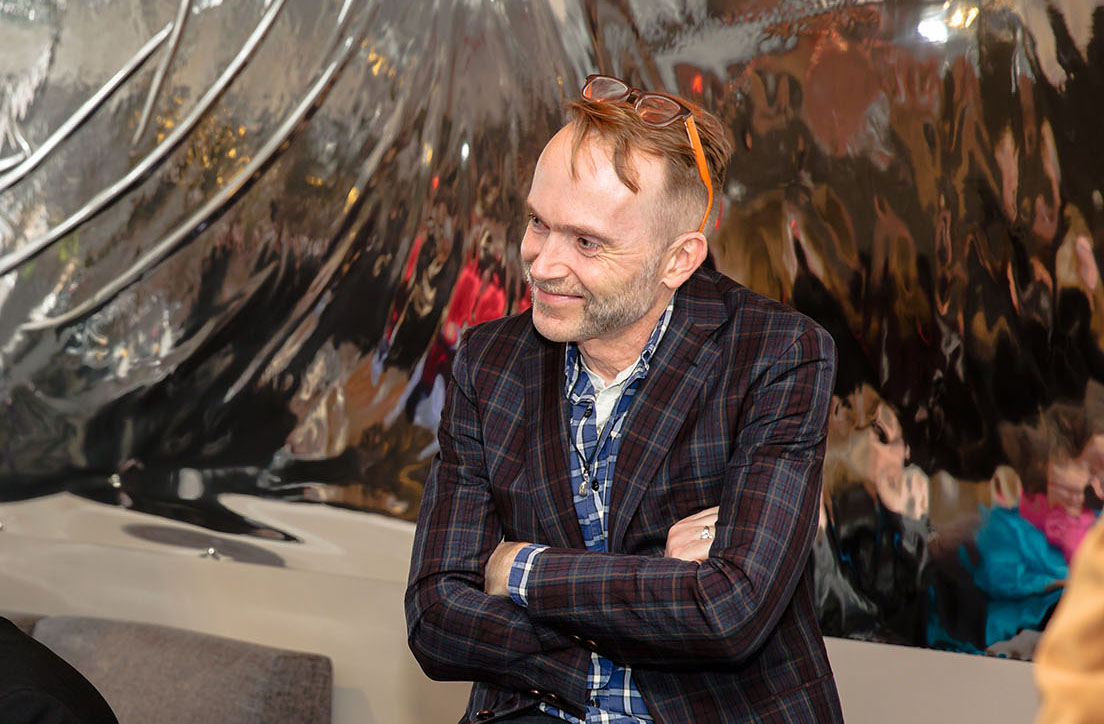 Professor David Vivian, a scholar and scenographer, has been named the new Director of Brock University’s Marilyn I. Walker School of Fine and Performing Arts.

His appointment begins July 1 and runs for a three-year term.

Currently chair of the Department of Dramatic Arts, Vivian has been with Brock since 2004.

“I can’t think of a task I would rather have than being the Director of the MIWSFPA. It’s what you might call the opportunity of a lifetime,” Vivian said. “This is such an important time for the city and the University.”

Fostering creative and research-driven relationships within the Faculty of Humanities as well as in other academic programs at Brock is something he looks forward to in his new role.

“As the downtown-located campus of the University, we look forward to facilitating knowledge exchange in the heart of our community,” he said.

Carol Merriam, Dean of the Faculty of Humanities, is pleased Vivian is stepping up to serve as the new director.

“Professor Derek Knight leaves some very big shoes to fill and David is up to the challenge,” Merriam said. “He has the administrative background at Brock, and especially in the dramatic arts department, to prepare him for the role.”

As Director of the MIWSFPA, Knight helped oversee its construction and implementation from the design phase through the first year of classes.

Merriam said Vivian was an active participant in the planning of the school and the move into the downtown facility.

“He’s extremely well placed to serve Brock, the MIWSFPA and arts in Niagara,” she said, noting he has made many contributions to and connections in the local arts community.

In 2009, Vivian was honoured at Spring convocation with the Humanities Faculty Award for Excellence in Teaching. In 2011, he was awarded three Volunteer Recognition Certificates from the Government of Canada, the Province of Ontario and the City of St. Catharines for his work as Chair of the Culture Committee of the City of St. Catharines and other contributions to the local community.

Vivian grew up in music, playing cello and oboe through high school before studying art and art history at the University of Toronto and Sheridan College. He has an MFA in visual arts from the University of British Columbia and studied Scenography (design for theatre) at the National Theatre School in Montreal.

Until the beginning of 2012/2013 year, Vivian was the Director of the Centre for Studies in Arts and Culture at Brock. More recently he designed the set and costumes for The Rise and Fall of the City of Mahagonny (in the DART theatre of the MIWSFPA this past November) and collaborated in The Whole Shebang, a four-year long project commissioned for the inaugural season of the FirstOntario Performing Arts Centre.

“The MIWSFPA is an absolutely delightful group of artist-scholars and researchers brought together under the excellent leadership of our current chairs Professors Karin diBella, music, and Duncan MacDonald, visual arts and studies in arts and culture, as well as our current Director Professor Derek Knight,” Vivian said.

“We are graduating students who continue to be game changers in our community, putting us on the national and international maps with their innovation, imagination and critical thought. My challenge is to make certain we continue to bring to St. Catharines the very best in student applicants, visiting artists, professional staff and faculty so that the MIWSFPA can assist with building an excellent future for the city and the Niagara Region.”

3 comments on “David Vivian named next Director of the MIWSFPA”