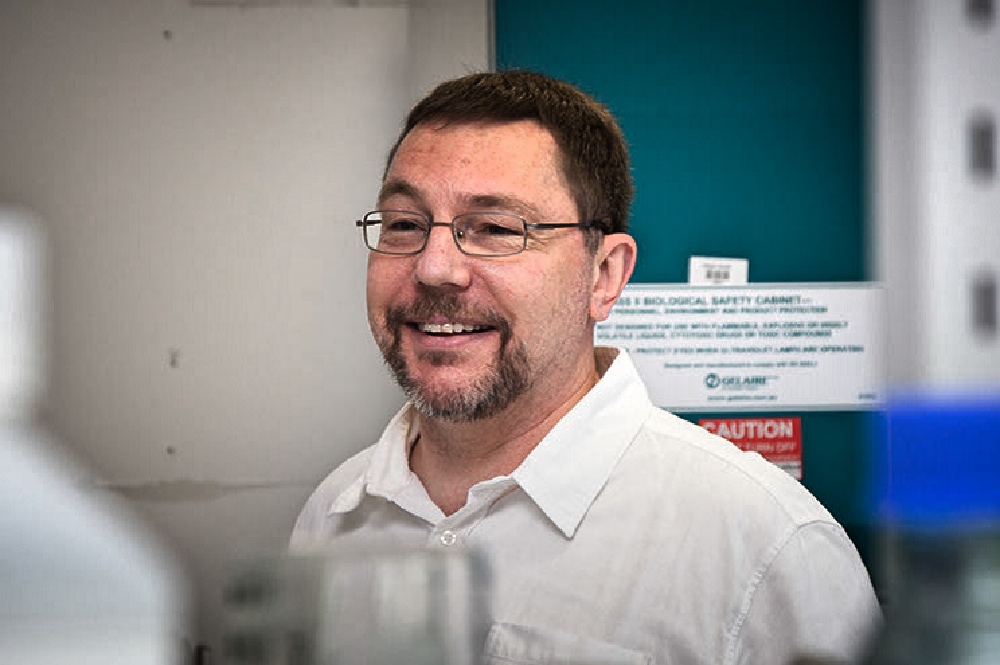 Jens Coorssen will start his tenure as the Dean of the Faculty of Graduate Studies on July 1, 2016.

A Brock alumnus is coming a long way home to become the University’s new Dean of the Faculty of Graduate Studies.

Jens Coorssen will leave his position as Chair of Molecular Physiology in the School of Medicine at Australia’s Western Sydney University, and return to his native Niagara to take up the Brock position. The five-year term begins on July 1.

Coorssen succeeds Michael Plyley, who will step down when his five-year term expires on June 30. Plyley came to Brock in 2001 from the University of Toronto. He has been Dean of Graduate Studies since 2011, and has spent most of his time at Brock helping to expand graduate activity at the University.

Coorssen is an internationally known scientist whose career led to appointments in Germany, the U.S. and across Canada before he joined Western Sydney University in 2008. His research has spanned disciplines including cell physiology, electrophysiology, proteomics and lipidomics. The work has an impact in a wide range of health concerns, including injuries to the spinal cord and central nervous system, seizure disorders, memory/cognitive deficiencies and pre-term labour.

No stranger to Brock, Coorssen earned his undergraduate (Honours BSc, ’86) and Master’s (MSc, ’88) here before earning his PhD at McMaster University in 1993. In 2012, he received a Brock University Distinguished Alumni Award.

Coorssen said he and his family are “thrilled to be coming home.”

“In particular, I am eager to return ‘home’ to Brock, my alma mater, that gave me a solid career grounding,” he said. “I bring my extensive international experience to the important role of further building and developing Graduate Studies in collaboration with staff and students across Faculties and disciplines.

“Brock is a model university for the 21st century and I am devoted to working with everyone to make that more clearly recognized, internationally.”

The appointment was announced Monday by Neil McCartney, Provost and Vice President Academic, who said it is critical for the Faculty of Graduate Studies to be guided by someone with world-class research credentials.

“Mike Plyley did a tremendous job in raising Brock’s graduate studies profile in Canada,” said McCartney. “It was vital that the job be continued by a leading researcher knowledgeable about global trends and connections, and we are extremely pleased to have found that in Jens Coorssen.”