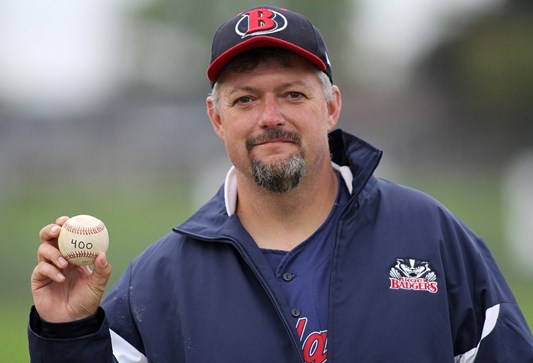 Brock University baseball head coach Jeff Lounsbury is retiring after 20 seasons at the helm of one of the top baseball program’s in the country.

One of the winningest coaches in Canadian university baseball, and a three-time Ontario coach of the year, Lounsbury made his announcement Wednesday evening when he told his players.

“We would like to thank Jeff for his dedication and commitment to the Brock baseball program over the past 20 years,” said Brock Director of Athletics Neil Lumsden. “Jeff built one of the top programs in the country and was instrumental in making university baseball what it is today.”

Lounsbury was named the OUA Coach of the Year three times (2005, 2012, 2014) and was inducted into the Niagara Falls Sports Hall of Fame in January of this year.

In 2003, Lounsbury was named Assistant Coach to the Canadian Student National Baseball team, which participated in a six-game Friendship Series with the United States National Team and the FISU II World University Baseball Championships held in Taiwan.

During his time at Brock, he had the opportunity to coach many great student-athletes, highlighted by Andrew Tinnish, the all-time leader in four offensive categories.

Brock’s baseball program is searching for a new head coach. Please contact Assistant Athletic Director Chris Critelli if you have interest at ccritelli@brocku.ca.