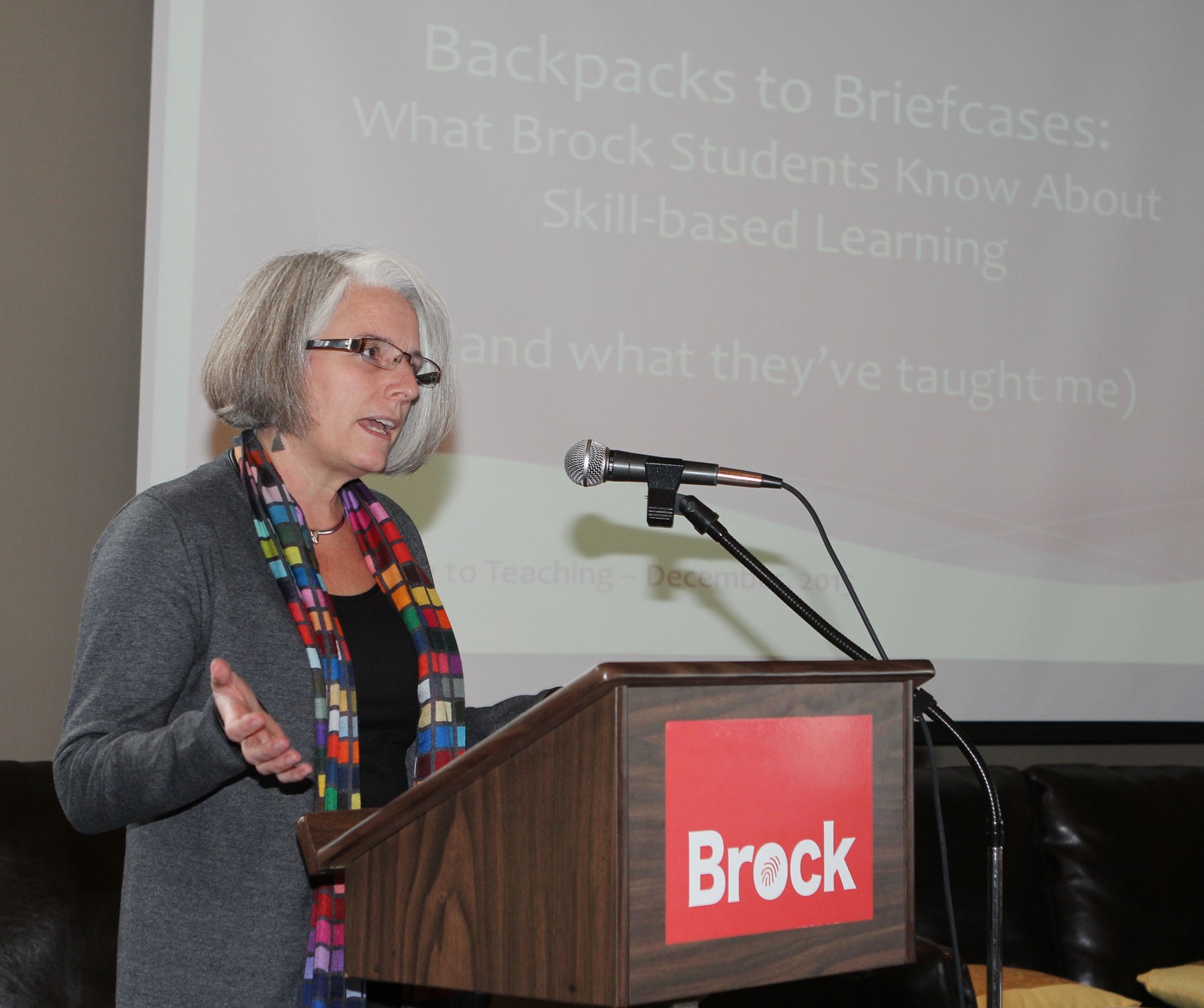 When it comes to post-secondary education, there’s a question Tanya Martini says instructors need to answer.

For the past couple of years, the Brock University Department of Psychology professor has been trying to answer the question of why many graduating students list their off-campus endeavours as being the most significant learning experiences during their university years.

“Why is it students aren’t often mentioning the things we do in the classroom as being significant learning experiences?” Martini asked during her address at the Centre for Pedagogical Innovation’s 11th annual Tribute to Teaching luncheon at Alphie’s Thursday.

Martini, who was named the 2015 recipient of the Brock University Award for Distinguished Teaching earlier this year, said she investigated that question by surveying graduating students.

During Spring Convocation in 2014, nearly 1,000 graduates were asked to describe one of their most significant learning experiences. Sixty per cent said it came from outside the classroom, while they were engaged in working for pay (21%), volunteering (14%) or extracurricular activities (10%). Another 15% described personal development learning experiences, such as the death of a friend.

Of the 40 per cent whose significant experience was more directly school related, most referred to experiential learning or studying abroad as being at the top of the list.

Martini said it’s important that professors teach students specific skills that can be used in life, but also that they place academic importance on those lessons.

“I think it’s important not that we just teach the skills, but that we help them recognize, understand and articulate them,” she said. “Just because I think I’m delivering skills to their door, it doesn’t mean they’re actually receiving them.”

“I want them to understand how the things I’m teaching them in class complement their co-curricular activities and other experiential learning experiences,” she said.

Also taking place during the Tribute to Teaching event Thursday was the conferral of the Brock University Award for Excellence in Teaching for Early Career Faculty, won this year by Health Sciences assistant professor Adam MacNeil.