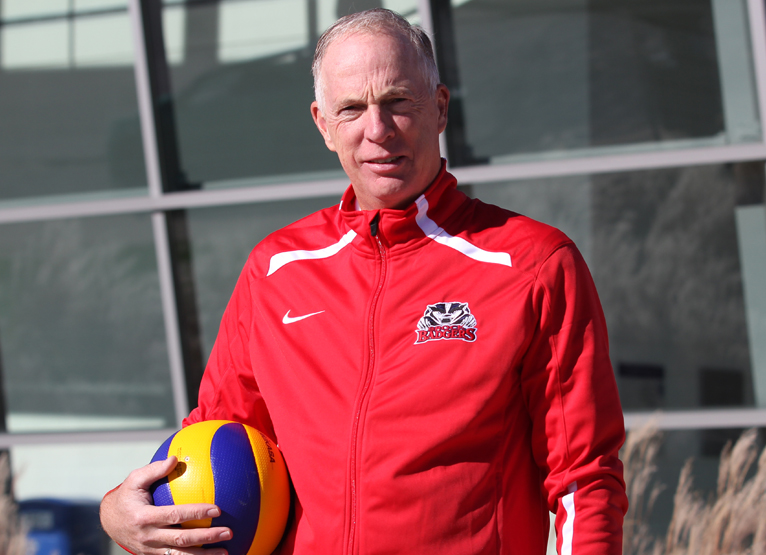 “We have the perfect fit to jumpstart our men’s volleyball program,” said Assistant Athletic Director Chris Critelli. “Doug brings with him the experience of a veteran coach, the enthusiasm of creating a team and starting fresh, as well as the network to recruit some talented student athletes.”

“I am honoured to be selected as the new head coach to start a brand new program at Brock,” said Hanes. “I hope to put a competitive team on the court in the first year and build a successful program moving forward. I would invite any university-bound volleyball players to seriously consider Brock University as a school that will now be competing for a CIS National Championship in men’s volleyball.”

Hanes is the former head coach of the men’s volleyball team at the University of Waterloo, where he led the Warriors to six consecutive winning seasons from 1998-2004, including two OUA West Finals.

While coaching at Forest Heights Collegiate in Kitchener, Hanes won back-to back OFSAA Championships in 1995 and 1996. As a club coach, he won numerous Provincial Championships with the Waterloo Tigers and a Gold Medal at the Ontario Summer Games as head coach of Region 3. He captured a silver medal at the World Master’s Games in 2005. Hanes has also been the Director of Volleyball for Celtic Sports Camps for the past six years.

As a former player, Hanes played for the University of Guelph Gryphons, winning an OUA Championship and finishing third at the CIAU National Championships in 1978.