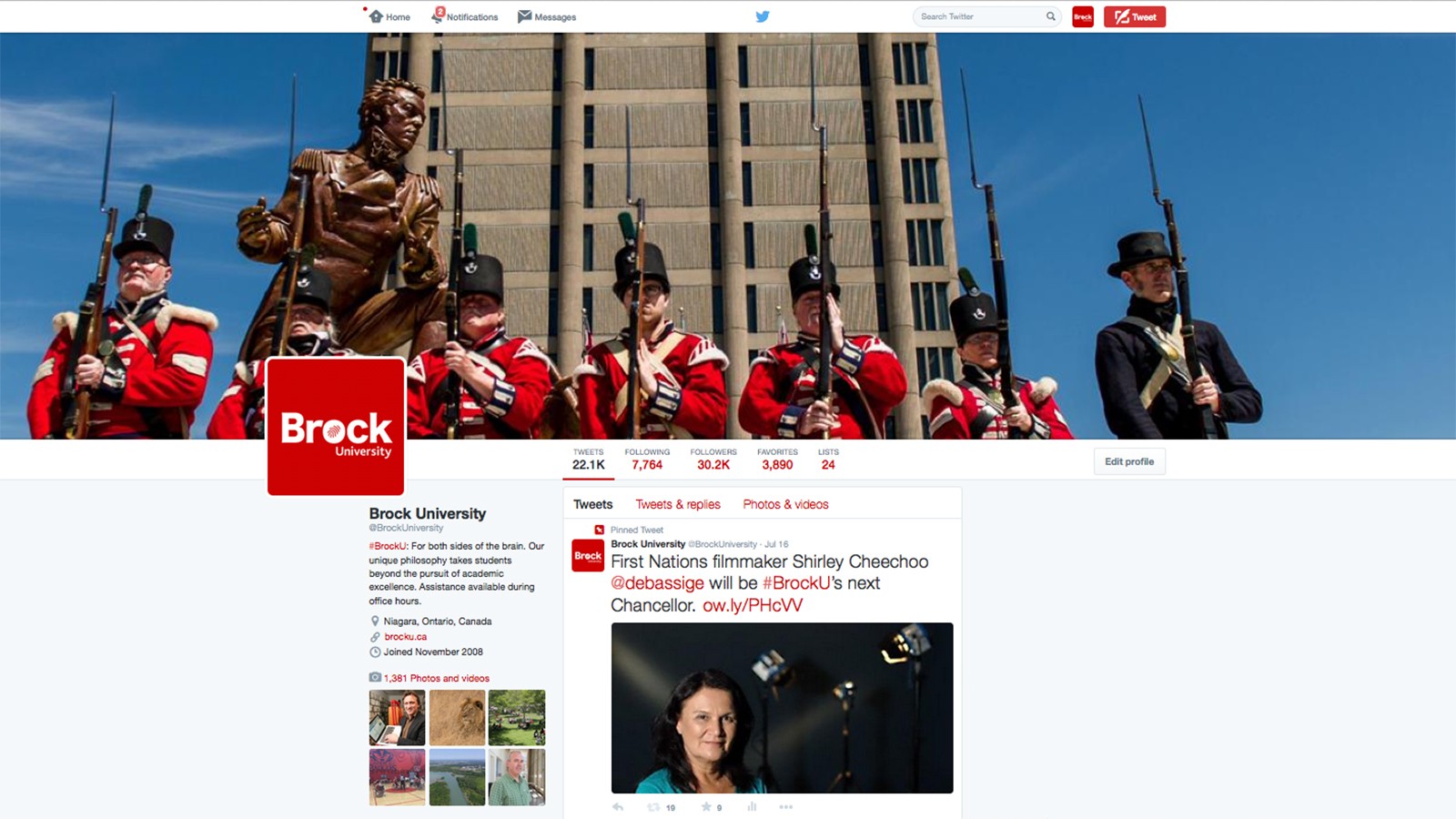 The award was announced Tuesday during #PSEWEB 2015, a digital marketing conference for Canadian colleges and universities held at McGill University. The conference partnered with analytics firm Engagement Labs, which examined social media use by 150 Canadian colleges and universities. Of those institutions, 96.7 per cent of their websites linked to Facebook accounts, 92 per cent linked to Twitter and 42.7 per cent linked to Instagram. The schools were then ranked based on their engagement, reach and impact and responsiveness on each of the platforms.

When the awards were handed out, Brock University placed first for Twitter accounts among Canadian universities. The @BrockUniversity Twitter handle has more than 30,000 followers.

Jocelyn Titone, Brock’s social media coordinator and the face behind the Twitter handle, said the University works hard to connect online with current and future students, parents, alumni, employees and the community.

“One thing we strive for at Brock University is engagement and excellent customer service. Because of its public nature, Twitter is the perfect medium to allow for this,” she said. “Social media is just that, it’s social. It’s more than just posting press releases and promoting your upcoming events. It’s about connecting with others and engaging in conversation.”

“We know that today’s students are communicating via social media more than ever before,” said Hrycusko. “We place a big emphasis on using those tools available to us to stay engaged with Brock students and alumni.”

For more information on the awards, visit http://pseweb.ca/2015/07/canadian-university-college-social-media-awards/