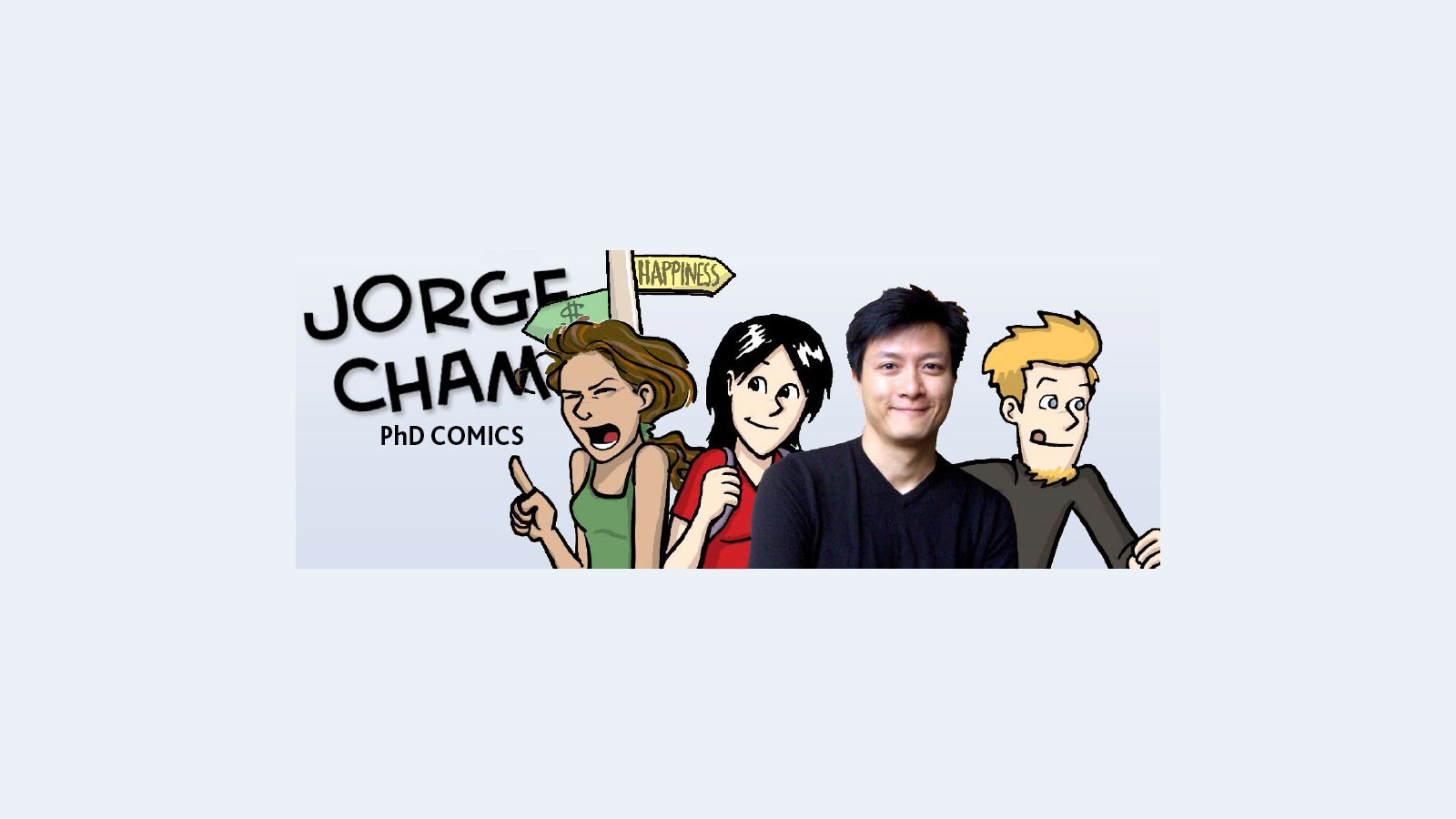 Jorge Cham, often called the “Dilbert of academia,” is coming to Brock University.

Cham is the creator and artist of Piled Higher and Deeper (PhD), a webcomic for graduate students that has been published online since he started graduate school in 1997.

Cham’s visit to Brock will include a lecture “The Power of Procrastination,” a book signing and screening of the PhD Movie, his 2011 live-action film adaptation of the comics.

The April 10 event is open to everyone at Brock. Be sure to reserve your seat at the event by registering online.

Cham was born and raised in the Republic of Panama. He obtained his bachelor of science from Georgia Tech and his master’s and PhD from Stanford University, specializing in Robotics. He was subsequently an Instructor and Research Associate at Caltech from 2003-2005, where his work focused on developing “smart” neural implants.

The loyal following to phdcomics.com has grown phenomenally. According to 2014 statistics, the website receives 69 million annual page views and 1.7 million monthly visits. Five collections of the strip have been published with more than 100,000 books sold as of 2014.

The PhD Movie was filmed on location at the California Institute of Technology. It follows four graduate students and their struggles with teaching, love and getting their research to work. A sequel is currently in the works.

Since 2005, Cham has lectured to thousands of graduate students, faculty and administrators on the graduate student experience at more than 200 universities and research centers worldwide.