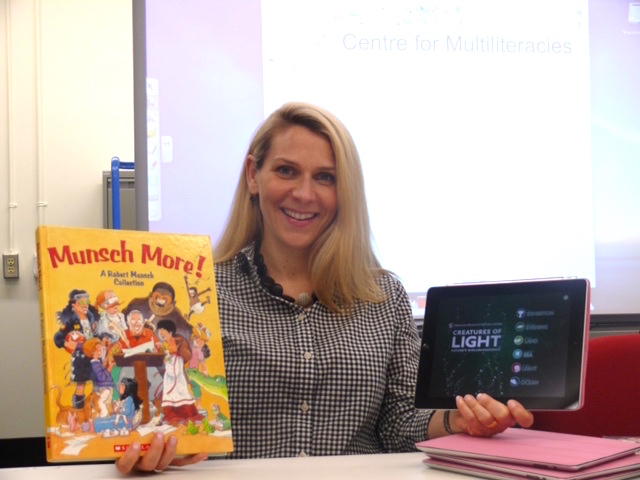 Rowsell, professor in the Department of Teacher Education, and director of the Centre for Multiliteracies and the Brock Reading Clinic, will be speaking on the symposium’s education panel.

“What an incredible honour to be chosen to speak at the Big Thinkers Event and I am grateful to Brock and the Office of Research Services for nominating me,” Roswell said. “I am passionate about literacy education and the promise of future innovations for teaching and learning in Ontario. ”

The symposium brings together Ontario and Canada Research Chairs (CRCs) to give presentations in six key areas: ethics, economy, education, health, renewable energy, and borders. Rowsell will be presenting at a breakout session starting at 9:30 a.m. April 2.

“The fact that Dr. Rowsell was chosen to represent Brock University at this prestigious event shows not only the quality of her research but the importance of children’s literacy in the classroom,” said Kevin Kee, Vice President Research – Social Sciences and Humanities.

“We are in a new era of rapidly-changing technology. Dr. Rowsell’s cutting-edge research charts the way forward of how children and teachers can master this technology to maximize learning in the classroom.”

Rowsell’s research examines the various ways children learn using the latest technologies and how educators can use these tools effectively in their teaching. She conducts her research on 21st Century ways of thinking and composing in classrooms and across age groups.

For her breakthrough work, the Royal Society of Canada, which is the country’s top academic body, last year elected Rowsell to be a member of its inaugural College of New Scholars, Artists and Scientists

“This recognition flags the importance of reimagining literacy in a digital and media age,” Rowsell said at the time. “Canada can leverage itself as a trail blazer with frameworks and curricula more in line with modern forms of composition.

The upcoming Ontario and Canada Research Chairs Symposium is part of an effort by the Council of Ontario Universities to publicize the work of the province’s university researchers.

Through its Research Matters campaign, the organization hosts events, discussions, and creative ways, such as the Curiosity Shop, to engage the public in university research and show the many impacts of research on peoples’ lives.

The Canada Research Chairs program invests approximately $265 million per year to attract and retain some of the world’s most accomplished and promising minds. Chairholders aim to achieve research excellence in engineering and the natural sciences, health sciences, humanities, and social sciences.