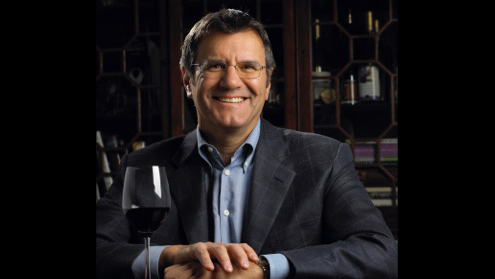 Len Pennachetti, founder of Cave Spring Cellars and prominent supporter of Ontario’s wine industry, has been selected as the 2015 Distinguished Leader of Brock University’s Goodman School of Business.

On January 13, Pennachetti will spend a day on campus speaking with small groups of Goodman business students. He will also deliver the annual Distinguished Leader Lecture to students, faculty and members of the Brock community.

As co-founder of Cave Spring Cellars, Pennachetti was part of a group of winemaking pioneers that first established the Niagara’s wine region. Now, 29 years after its founding, Cave Spring Cellars is internationally recognized as one of the foremost producers of Riesling in North America. In addition to being a successful entrepreneur, Pennachetti is also an advocate for the entire Ontario wine region. He played an influential role in the founding of the Vintners Quality Alliance (VQA) and has served as the organization’s President and Chair from 1994 to 2005. During his tenure with VQA, he oversaw the 1999 passing of the provincial Vintners Quality Alliance Act. He is the vice-chair of the Wine Council of Ontario, a past director of VQA Ontario and on the board of directors of the International Riesling Foundation. He is also a past board member of the Canadian Vintners Association (CVA).

Pennachetti was selected as Goodman’s 2015 Distinguished Leader in recognition of his entrepreneurial spirit, leadership skills and the positive impact he has made in the Niagara community.

“Since the moment he planted his first vines in the Beamsville Bench, Len’s leadership has been transformative. He has succeeded in elevating Ontario’s wine industry to new levels and his revitalization of the Jordan Village has created another high end tourism destination in the region,” says Don Cyr, dean of the Goodman School of Business.

“Len has unparalleled credentials as an entrepreneur, a visionary and as a powerful voice in the Ontario wine industry. We are honoured that he will share his wisdom and knowledge with our students as our 2015 Distinguished Leader.”