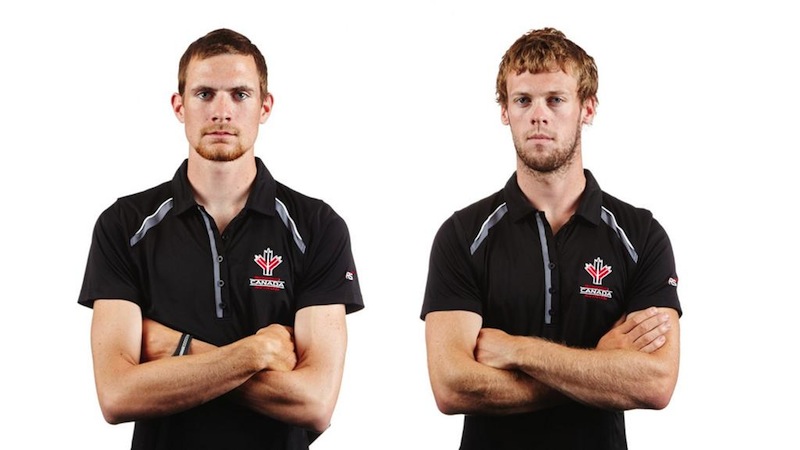 Grayson Gray and James Myers finished third at the recent under-23 World Rowing Championships in Italy.

Grayson Gray and James Myers finished third at the recent under-23 World Rowing Championships in Italy, trailing only the Czech Republic and Great Britain to reach the podium.

After winning their heat and semifinal, the duo, coached by Phil Marshall, went into the final as medal contenders.

“We knew that the Czech Republic was fast but we didn’t expect them to go out that fast, taking a six-second lead on us in the first 500 metres,” Gray told Rowing Canada. “We executed our race plan but it just wasn’t really enough to take down Great Britain or the Czech Republic. The standard is so high here, racing is so fast, but I’ll be back.” Three other Brock athletes were at the world championships. Matt Wortley and Matt Finley competed in the men’s quad, while Katherine Walker placed third in the lightweight women’s double C final.