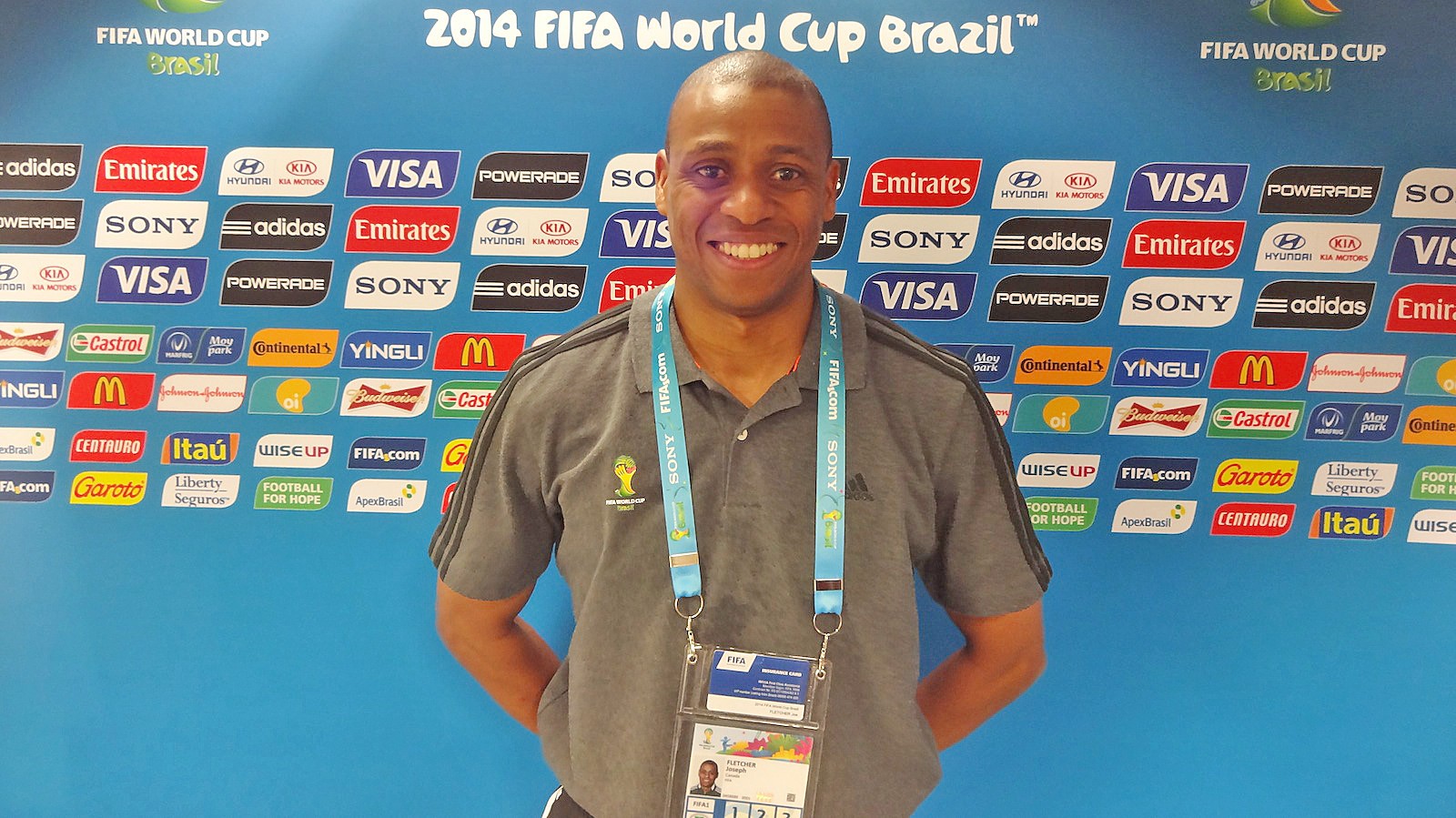 Joe Fletcher (BAcc '00) still marvels at the attention he received as an assistant referee on soccer's biggest stage.

For more than four weeks, he was Canada’s connection to the FIFA World Cup.

Now that he’s home, Joe Fletcher (BAcc ’00) still marvels at the attention he received as an assistant referee on soccer’s biggest stage.

“I’ve always told guys referee-wise, if you ever end up in the media, odds are it’s not going to be good,” the Brock University Goodman co-op alumnus said with a laugh. “If you end up with anything that lasts more than five seconds if you’re an assistant referee, it’s probably really not good. In this case, I guess I was wrong about that. I’m just happy it went well, otherwise I could have come back and it would have been a whole lot worse.”

Fletcher worked three games in Brazil. He was on the sidelines for two preliminary games (Greece-Colombia and Spain-Chile) and was on the pitch for France’s 1-0 win over Nigeria in the knockout round of 16.

It was a best-case scenario for the 38-year-old accountant.

“For a World Cup, there was that feeling of all eyes on you,” he said. “One month every four years everybody kind of goes soccer crazy. I was the only guy there from Canada, and because of that, I probably got a lot more attention than I would under normal circumstances.”

That was evident when Fletcher became an Internet celebrity, at least for a couple days, for something he was involved with off the pitch.

Prior to the Spain-Chile match, Fletcher went to shake the hand of the FIFA coordinator before the players entered the field.

The coordinator shook hands with both captains and left Fletcher hanging before coming back to acknowledge Fletcher, who avoided a potentially awkward moment by smoothly running his right hand over his shaved head.

Fletcher and Spain keeper Iker Casillas shared a laugh as the sequence was captured on TV and went viral on social media. That’s as much thought as Fletcher gave it.

“We basically got back to the tunnel (after the match) and I got a few messages about it (and was thinking), ‘What the heck are you talking about?’ It registered as a zero on the list of things that I thought about or would have remembered.”

Fletcher didn’t get caught up in the spectacle while he was working, but he did enjoy several matches from the seats, including Germany’s 1-0 extra-time win over Argentina in the final.

“It was once in a lifetime and I may never get that chance again,” he said. “You always see it on TV, so it was cool to be there live and the energy that was in the crowd. You could almost feel the nerves off of some of the people.”

There’s a chance Fletcher could be back for the next World Cup in Russia in 2018. He’s age-eligible, but Fletcher notes that only six of the 20 eligible officials from 2010 worked in Brazil.

He’ll continue to work 10-12 Major League Soccer matches per year, among other events, and hopes to stay on Soccer Canada and FIFA’s radar in the coming years.

“There’s no right of passage,” he said. “It’s not a gift. It’s back to the drawing board and four more years of work to try to get there again.”