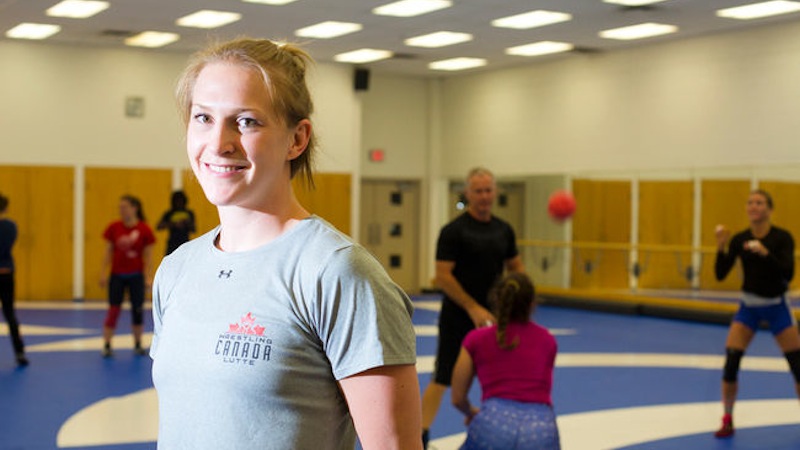 Brock wrestler Jill Gallays will compete in the women’s 53kg division at the Commonwealth Games.

Brock University is well represented at the Commonwealth Games.

Badgers Jill Gallays, Jevon Balfour and Chris Laverick will all take to the mat during wrestling events in Glasgow, Scotland. The Commonwealth Games is an international, multi-sport event involving athletes from the Commonwealth of Nations. Like the Olympics, they are held every four years. This year’s event ends Aug. 3.

Gallays will compete in the women’s 53kg division. She’s in the top eight of her class and is a threat to medal, with India expected as her biggest threat.

Rising star Jevon Balfour will grapple in the men’s 65kg division. The 19-year-old from Toronto is heading into his second year with the Brock Wrestling Club. “It’s my first time on Team Canada and everything sounds exciting,” Balfour told the St. Catharines Standard. “When I was in Grade 11 and they had the FILA cadet trials, I messed up there. And then juniors last year, I should have won but it all happens for a reason.”

“He needs experience but he’s there,” he said. “He’s one of the best if not the best young kid coming up. He’s a real good athlete but he’s such a determined individual and he knows how to give his best.”

Chris Laverick will compete in the men’s 74kg division. Laverick is filling in for the injured Cleo Ncube and is another threat to medal. Former world champion and Olympic medallist Sushil Kumar, of India, is the favourite.

The Commonwealth Rowing Association Championships are also being held in Scotland, Aug. 9. Badgers David de Groot is a member of Canada’s men’s squad, while Katherine Walker is on the Canadian women’s team.