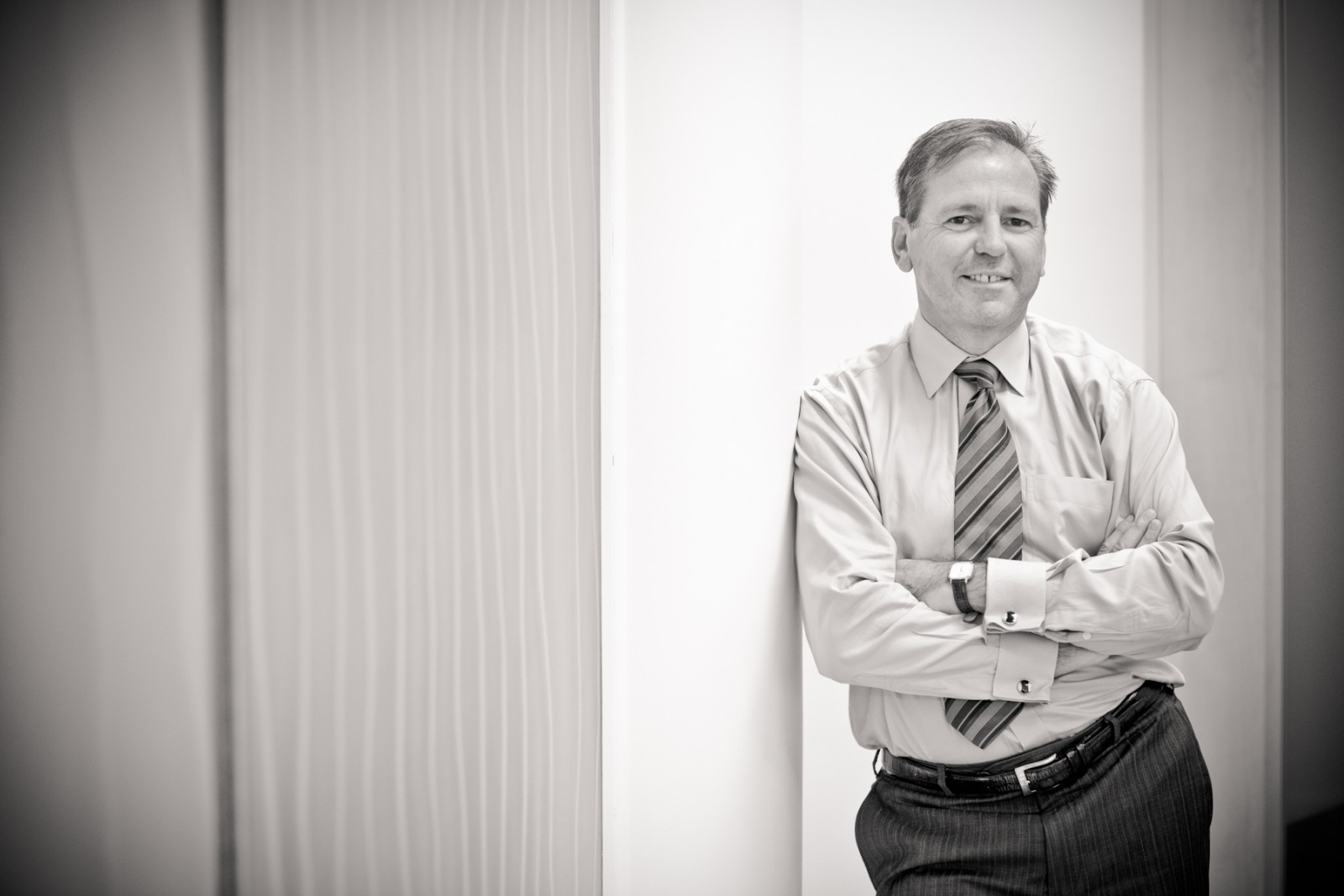 New Board of Trustees Chair John Suk (right) holds a ball and chain he received, as per tradition, from outgoing chair Joe Robertson during the board's annual meeting June 26.

Brock University’s Board of Trustees has welcomed its newest Chair, while also saying goodbye to a longtime member who served the University with more than a decade of service on the Board.

At the Board’s annual meeting June 26, John Suk (BSc ’73) succeeded Joe Robertson and became the first Brock alumnus to sit as Chair, elected to a two-year term that runs until June 30, 2016.

“I think that’s quite appropriate on our 50th anniversary,” Brock President Jack Lightstone said. “I also want to thank (John) on behalf of all of the trustees and all of us who work at Brock for assuming this responsibility. It’s an onerous one, as you know, but we have every trust you will fulfill these duties with great accomplishment, talent and commitment.” Rudi Kroeker (left) retired from the board after serving since 2001, including as chair from 2009-2012. Also pictured is Joe Robertson, whose term as chair ended June 30.

Suk has been a trustee since 2007, spending the last two years as vice-chair. A successful pharmaceutical executive, Suk also sits on the board of Medical Futures, as well as the board of Innovate Niagara.

Robertson was chair for two years, and Lightstone praised him as someone who helped improve the board’s profile.

“There has been incredible change, incredible advancement in professionalism of how the board and its committees work,” said Lightstone. “If I were to ascribe a motto to Joe, it would be very simple – let’s raise the bar.”

Another milestone at the meeting came when Rudi Kroeker retired from the board after serving since 2001, including as chair from 2009-2012. Enrolment doubled in size during his tenure on the board.

In remarks to guests during the board’s year-end dinner, Kroeker paid tribute to fellow trustees, to the Senate and particularly to Brock students.

“Our students differentiate themselves from all other universities, in being mature beyond their years,” said Kroeker.

“Presenting the Spirit of Brock medals, I often had difficulty not choking up, I would have to read and re-read my speech many times to make sure that my voice would not crack and detract from the recognition of their achievement. So many have risen above circumstances that would crush most of us.”

At the June 26 meeting, the following members retired from the Board:

The following were re-elected/elected to the Board effective July 1, 2014: