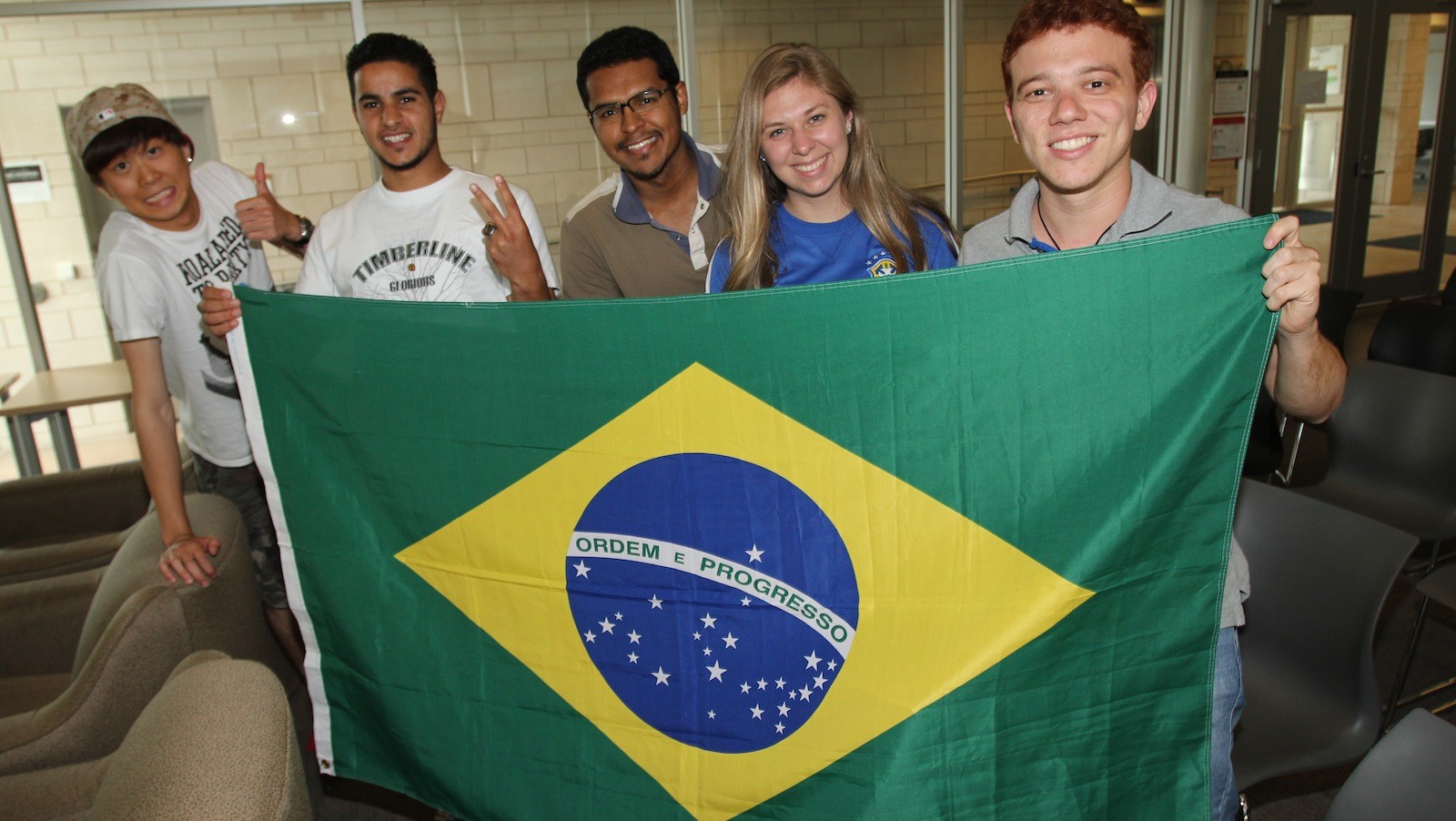 Brock students (from left): Yoshikazu Tanaka, Mahamed Alshukri, Andre Luis Costa, Carine Wessling and Thimoteo de Almeida are some of the many international students who have watched the World Cup on a big screen set up in the International Centre.

Thimoteo de Almeida would rather be watching the World Cup in person, but the 21-year-old Brazilian is there in spirit each time the Canarinho are on the big screen at the Brock International Centre.

“We are around a lot of Brazilians, so we kind of have the spirit of Brazil together with us,” de Almeida, a Science Without Borders student, said during halftime of Brazil’s 4-1 win Monday over Cameroon that locked up first place in Group A. De Almeida is enrolled in Brock’s Academic Transitions (AcT) program, which is a 14-week program where students work on their English studies while taking an undergraduate course toward their degree.

International students at Brock have been filling the centre’s main floor lounge for many of the matches since the tournament kicked off earlier this month.

More than 100 watched the opening ceremonies, and there are often at least 40 students watching matches that involve Brazil, Colombia and Mexico.

Wesily, who is also an international Health Sciences student, said the decision was made to show World Cup matches after the positive response to last year’s Confederation Cup.

“They really appreciate it because for them it’s harder (to watch),” he said. “It costs money if they want to watch it themselves (via cable), or they have to watch it in a bar.”

The tournament ends July 13, and de Almeida had a predictable prediction – Brazil with a 2-1 victory over the Netherlands for its sixth World Cup title.