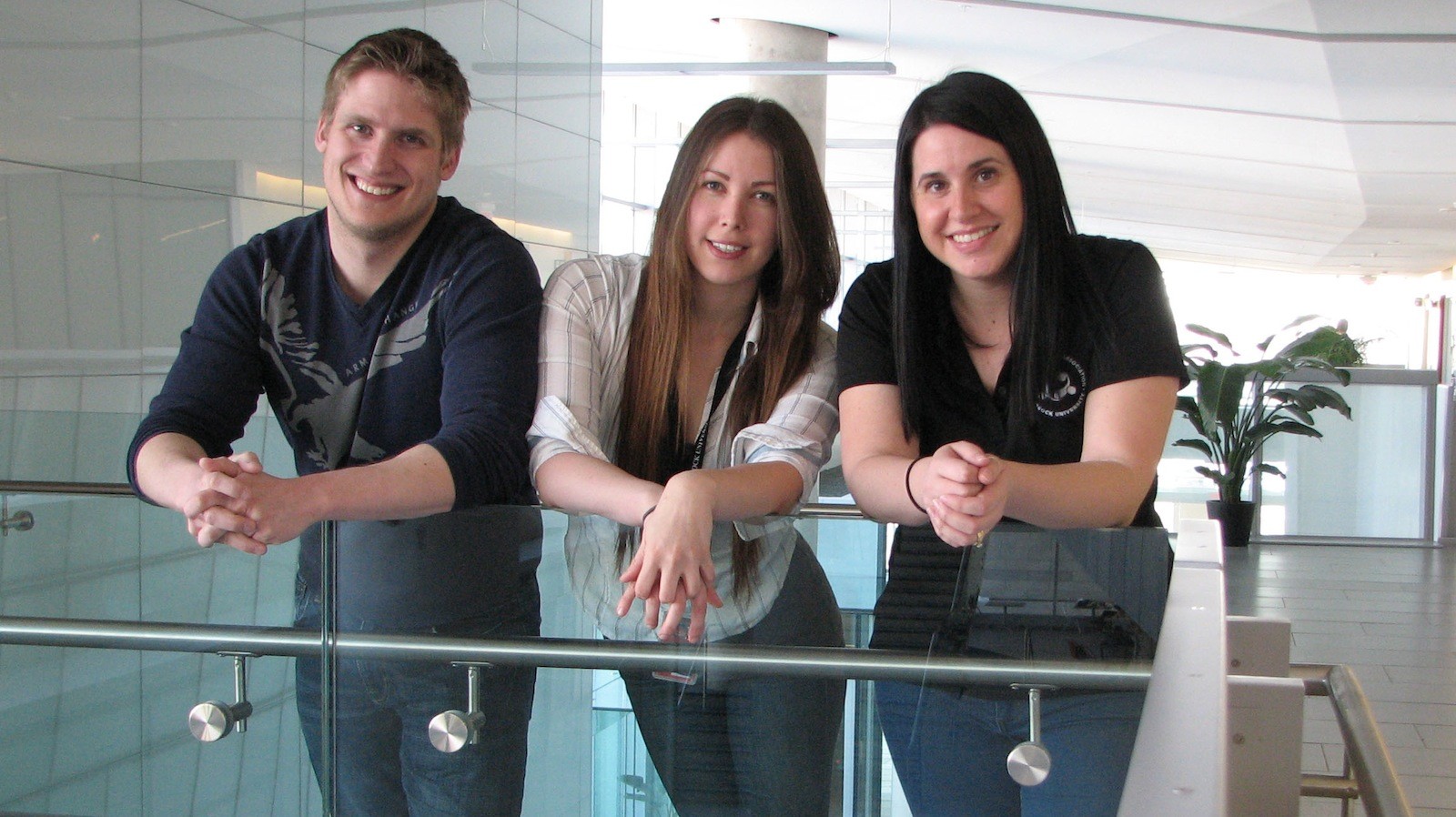 GSA president Jory Korobanik and vice-presidents Leslie Nash and Ashley Do Nascimento are receiving the awards in recognition of their leadership and service to Brock as well as volunteer activities in the broader community.

The three have been part of the GSA leadership that committed time and resources this year to further develop graduate student culture and community at Brock. That led to several new GSA events being held this year, such as an October fundraising gala to support Wellspring Niagara, and the monthly Research on Tap series to help graduate students from Brock’s 45 programs connect with each other.

“While education and research are the primary goals within graduate programs, the social experiences and the relationships you make through choosing to be more involved really help to put your life in focus and enrich the full experience of being a graduate student,” says Do Nascimento, who coordinated Research on Tap, an informal research discussion series held in partnership with the Faculty of Graduate Studies.

“I get to meet a lot of wonderful people who have a variety of passions,” he says. “I really feed off of my external environment, so I like to hear about what motivates them, which in turn motivates me.

“There is a common opinion that as graduate students we don’t have time to commit to community outreach. I would disagree. The key is to engage in things that you feel passionately about and surround yourself with enthusiastic people.”

Nash recognizes the academic commitments for graduate students but stresses the importance of finding a balance between studies and involvement in other activities. She volunteers at the Welland Humane Society/Cat Adoption Centre, Wellspring Niagara, and takes part in various fund-raising events throughout the year such as Walk for a Cure and Relay for Life.

“If you enjoy your research and volunteering, it will never feel like work,” she says “Find an activity in the community that you are passionate about, whether it’s animals, finding a cure for a disease, helping the elderly, and you’ll find that volunteering isn’t a chore, but something you look forward to, something that makes you smile as well as the other individual.”

Mike Plyley, Dean, Faculty of Graduate Studies, says the award recipients stand out for being well-rounded individuals who believe in leading by example.

“Ashley, Jory and Leslie were a key part of the GSA’s core leadership team that devoted itself to the development and betterment of Brock’s graduate studies experience,” he says. “In their own way, each of them has helped to further the graduate student culture of togetherness that is much needed and warmly welcomed.”