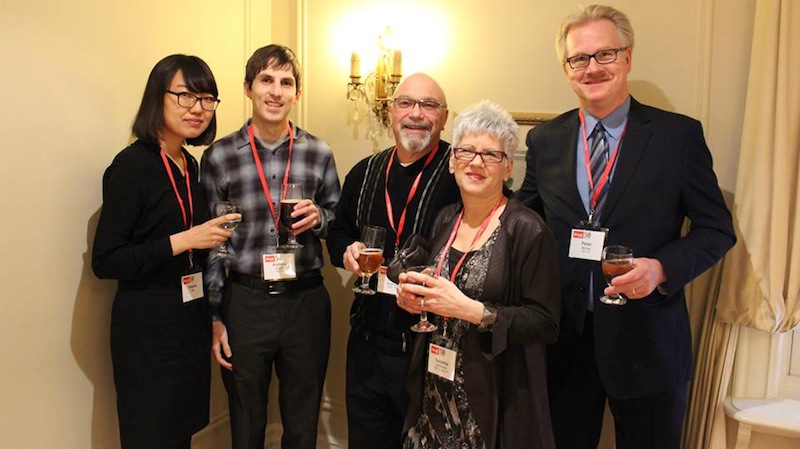 Brock’s 50th anniversary celebrations have already attracted hundreds of alumni from across Canada, and the party is just getting started. More events are planned for the coming months, with the biggest in September during Homecoming.

“Brock is headed on an upward trajectory. We have laid the foundation for great success for the next 50 years and we are looking forward to making a strong mark on the academic landscape in Canada and beyond,” Brock president Jack Lightstone said to 77 guests during the Niagara 50th Anniversary President’s Forum in St. Catharines April 3. “As we head toward the heart of Brock’s 50th anniversary year, we look forward to some events that are destined to become historic milestones for the University.”

So far, 609 people (434 alumni) have attended anniversary events in Calgary, Toronto, Hamilton and Niagara. Lightstone is visiting Shanghai and Vancouver soon to speak about Brock’s past, present and future.

“We’ve had great attendance so far,” said Emily Hutton (BA ’09), Alumni and Development special events coordinator. “People are making a point to celebrate our 50th anniversary. Over 40 per cent of attendees have never attended an alumni event before. It’s great the president has been able to join us in so many cities because it makes it extra special for the attendees.”

A statue of Major-Gen. Sir Isaac Brock is making its way to the University and will be erected on campus in the fall. It will give current and former students another chance to return, reunite and relive.

“Our 50th Anniversary only emphasizes the alumni connection to the University,” Hutton said. “One of the most interesting things about our alumni is the affinity for Brock. Because we come from a smaller institution, grads instantly feel connected to their fellow 82,000 alumni. It’s one of those things where you could run into someone in an airport wearing a Brock University sweatshirt and it’s completely acceptable to say (to that person), ‘I went to Brock, too’, and they’ll be able to share their memories and experiences. Other schools don’t necessarily have that.
“Of all the years to come back, this is the year to come back.”