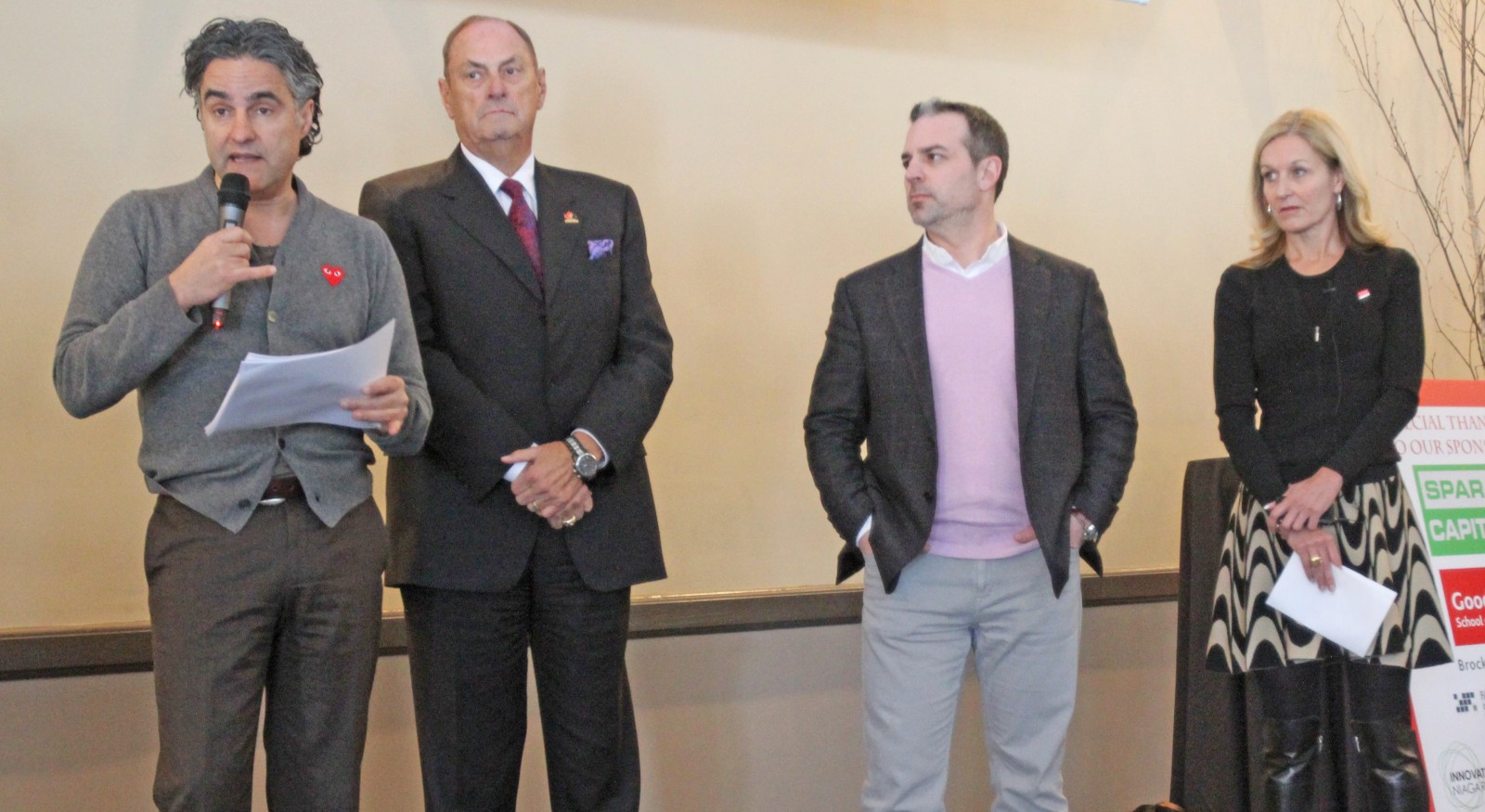 The Boston Pizza founder and Dragons’ Den star was one of four judges at the third annual Monster Pitch, and he came away impressed.

“Today was an unbelievable day,” Treliving said after Tuesday’s event at Amici’s Banquet and Conference Centre. “These entrepreneurs, they can be on the Dragons’ Den any day of the week. I would invest in any four of them because they’re very good people. I think they’ve got some quality stuff here, and they’ve done it extremely well. I think if this continues on, it’s going to be a big thing and every university is going to want to take a run at this, because it’s a lot of fun doing it.”

Monster Pitch is the flagship event of Brock University’s Entrepreneurship Club. It was established to help aspiring entrepreneurs pitch their ideas to a panel of renowned judges for a $3,000 prize to kick-start their business.

Holland’s idea focused on helping international students save money by negotiating a preferred currency conversion rate when moving to Canada for school.

“This idea is in its infancy stage for me,” he said. “I’ve only had it for about three weeks. Now that I believe I can make the idea keep going … I was excited to come out here.” “It was very hard because we all had our own ideas who we thought (the winner) should be,” Treliving said.

“It’s amazing. We need to start teaching entrepreneurship at the university level.

“The fact it’s getting more organized in a formal way, teaching real life skills and how to live the life of an entrepreneur, (it) is a good idea.”

Croxon helped sell Lavalife for $180-million, but he had some cautionary advice for those with visions of grandeur.

“It looks like a very sexy lifestyle,” he said. “You read about people getting exits, especially in technology, (but) the reality of it is it’s a seven day a week, 24-hour a day occupation. It’s all-consuming.”