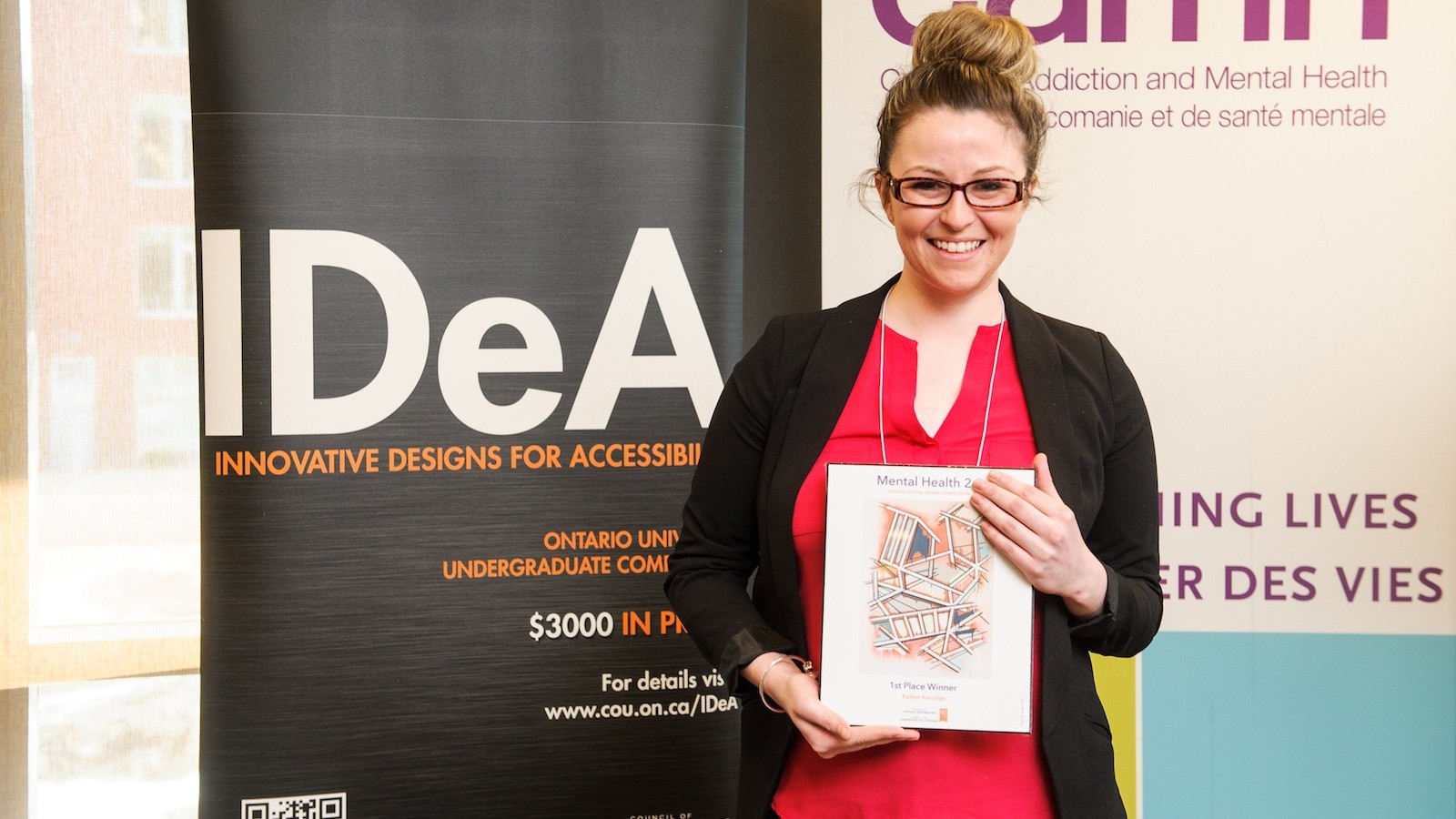 When it comes to social media, Kaitlyn Kerridge sees the power to connect people.

“Walk into any university classroom and see what students are doing on their computer or on their phone,” says Kerridge. “There’s always a Facebook tab open.”

“Everyone is always on there, so it’s your way to reach the greatest amount of people in the shortest amount of time. And it’s interactive, which is the best part.”

The health sciences student was a driving force behind the Facebook component of the Brock student-led initiative Cope Care Connect. The campaign won first place last week in the province-wide Mental Health 2.0 competition that challenged students to use social media to boost mental health at Ontario universities.

The online and face-to-face initiative, which aims to help Brock students cope with everyday stress, care for others, and connect with each other for support, took on a life of its own on social media.

To date, Cope Care Connect’s Facebook page has close to 500 likes and some posts have been viewed more than 800 times. Kerridge notes that inspiring quotes posted to the site were some of the most-shared and most-viewed content.

“I feel that we as humans have almost lost the ability to talk to each other,” she says. “We’re so hidden behind the screen, but social media can work both ways.”

“We’re trying to do this for the better and get people to just talk about these issues because sometimes when you just say it out loud it helps so much more.”

Cope Care Connect grew out of a class project in her third-year “Program Planning and Evaluation” Health Sciences class with Professor Kelli-an Lawrance. The entire project involved 60 students in the development, implementation and evaluation of the mental health campaign, which ran at Brock from Feb. 3 to March 10.

“We wanted to go beyond just getting students to like the page,” says Kerridge, “because anyone can see it, but are they really understanding what’s there?”

To engage with students, Kerridge and her crew would post to their Facebook page two to three times every school day. They encouraged fellow students to actively post things themselves, like pictures and videos of them doing something around campus for somebody else. They also held weekly contests and developed themes for every week of the five-week campaign in order to drive up student engagement on the site.

Prof. Lawrance plans to implement the Cope Care Connect campaign in her third-year Health Sciences class again next year. Kerridge hopes that Cope Care Connect one day develops into a full-time student resource at Brock. She would also like to see the initiative expand its social media presence with Twitter and Instagram accounts.

Kerridge, who is in her last year of study at Brock, plans to go on to work in health sciences. She credits her involvement with Cope Care Connect with helping her to develop her own personal research interests in mental health alternative therapies.

“It wasn’t really until this year that I decided that is really my forte and where I wanted to go with my studies,” she says.

Students interested in tips for coping with the pressures of school or more info on making Brock’s campus a healthier place for everyone, can access the Cope Care Connect Survival Guide online.

This campaign was made possible through a partnership with Brock’s Student Health Services, who provided resources, in-kind support and expert consultation.