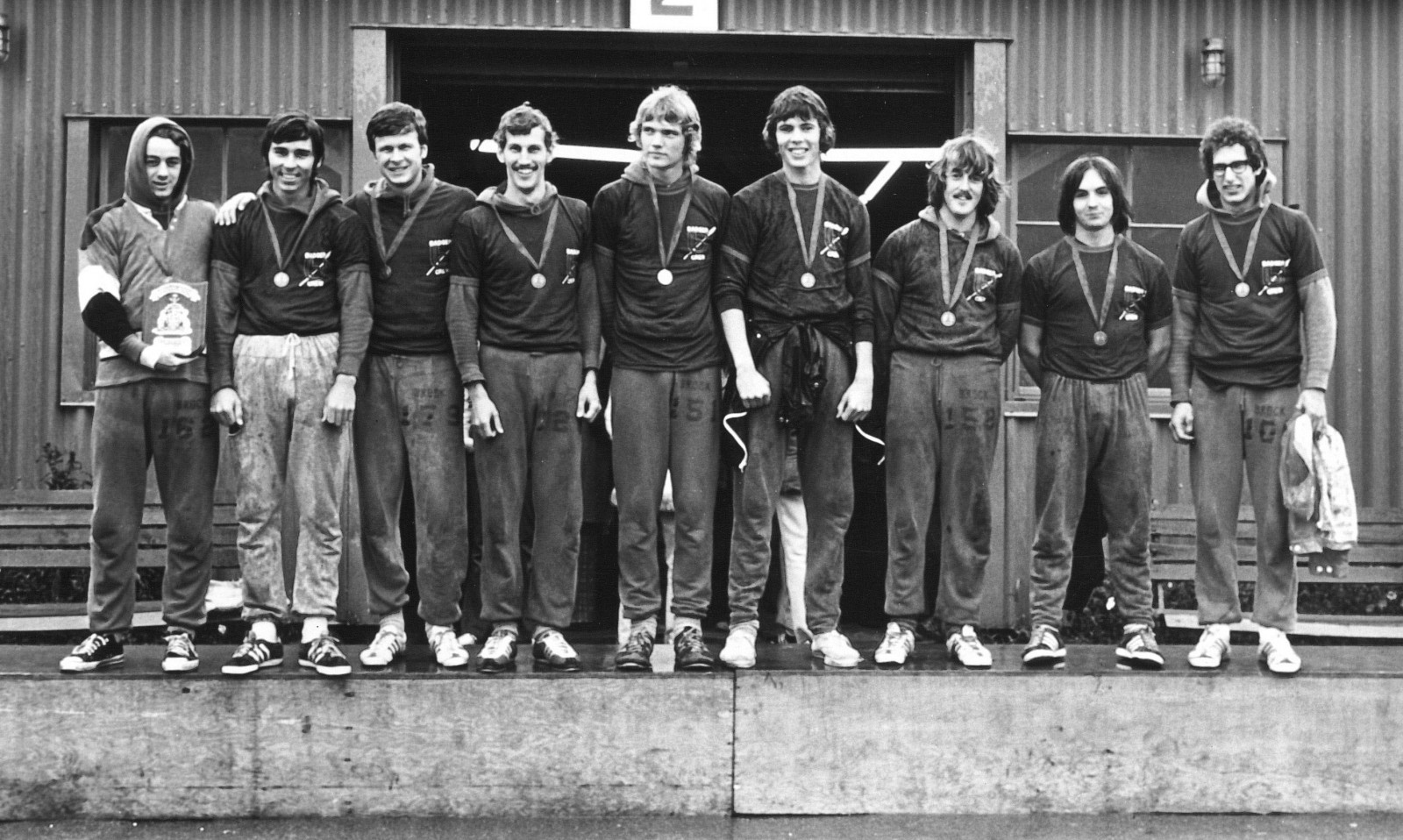 Rowing at Brock has a long history, with the most alumni of any varsity sport. Pictured above is the lightweight varsity crew and OUAA champions of 1972-1973

The occasion of a 50th anniversary is often called the golden anniversary. This fall, Brock Rowing celebrated the golden efforts of its student-athletes, acknowledged the coaches and volunteers and reconnected with its alumni who have been on the water during the last 50 seasons.

The Brock News sat down with head coach Peter Somerwil, Director of Athletics Robert Hilson and former oarsmen and current coach Patrick O’Connor         (BRLS ’11) to discuss the event, the history of Brock Rowing, and the direction of the program in the coming years.

BN: What does 50 years of Brock Rowing mean to the University and to the student community?

PO: It also should be noted that it’s a part of the community as well. There’s a lot of history of rowing in the area, and a lot of people who are very passionate about it. It’s the reason our events are so well received, because people love the sport.

RH: Additionally, it was just a natural fit for rowing to be a part of the history at Brock. A lot of other schools begin their athletic program with football or basketball. At Brock, the geography of the region and the significance of rowing in the area resulted in a very natural fit for rowing at Brock. It started as a participation sport and evolved to a high-performance, competitive sport. PS: Every club has their own tradition about christening shells. In St. Catharines, the tradition is to christen a shell using Henley (rowing course) water. With our eights, we honour our coaches. This year, we honoured a former coach, Steffan Wagner (BSM ’10), who was very involved with Brock Rowing and instrumental in winning three championship banners. We also honoured our volunteer coaches. That shell will carry the names of volunteer coaches on the bow deck.

With the fours, we traditionally honour the role models of the community and of Brock Rowing. This year we honoured David Howes (LLD ’12), who is a huge supporter of Brock Rowing and rowing in the community. Howes is very involved in the President’s Golf Tournament, which raises money for athletics.

RH: That tournament raised $75,000 for athletics and Howes is a member of the St. Catharines Sports Hall of Fame.

PS: The Howes family has been a huge supporter of the Henley Island complex and was a key part of refurbishing the facility.

With another shell, a four, we honoured Ron (Swede) Burak (BSM ’04), who was a coach with Brock, and has been involved in coaching in the Niagara region for years. We honoured Swede with a lightweight four because that was the last team he coached at Brock. Swede is also an Olympian, rowing for Canada at the 1976 Olympics in Montreal.

We also chose to honour the Henley Island Helpers with our pair/doubles shell. They’re a group of women who are very involved and supportive of rowing in Niagara in general. They recently celebrated a 50th anniversary of their own. RH: Additionally, we are adding a plaque in the Leo LeBlanc Rowing centre on campus acknowledging the 72-73 OUAA champions, the second team ever to banner in rowing from Brock.

BN: What is the future of Brock Rowing?

PS: Well, the future of rowing at the university level in Canada in general looks like it will be a challenge. The demands on an athlete have never been higher in terms of the costs to compete and the training and effort required to compete. If you want to compete now, you need to be training year-round. We do offer the Tony Biernacki award, which is a scholarship, and the Adopt-a-Badger program, but there is still a lot that is asked of the athletes. We will always need to be able to offer these student-athletes more support to attract them to Brock, rather than a school in the U.S. or a rival in the OUA.

BN: How can alumni stay in touch with Brock Rowing?

PS: The best way is to keep checking our website (brockrowing.wordpress.com/), or to follow us on twitter at @BadgersRowing. As well, we hope to have another huge event for the rowing alumni in the fall of 2014 where we will have a barbecue, catch up, maybe get on the water for some rowing and hopefully christen some new shells.

We’d like to thank Peter, Robert and Patrick for taking the time to chat with us. Check out the Brock Rowing website and consider donating to the program in order to support these student-athletes as they continue to make the University proud.