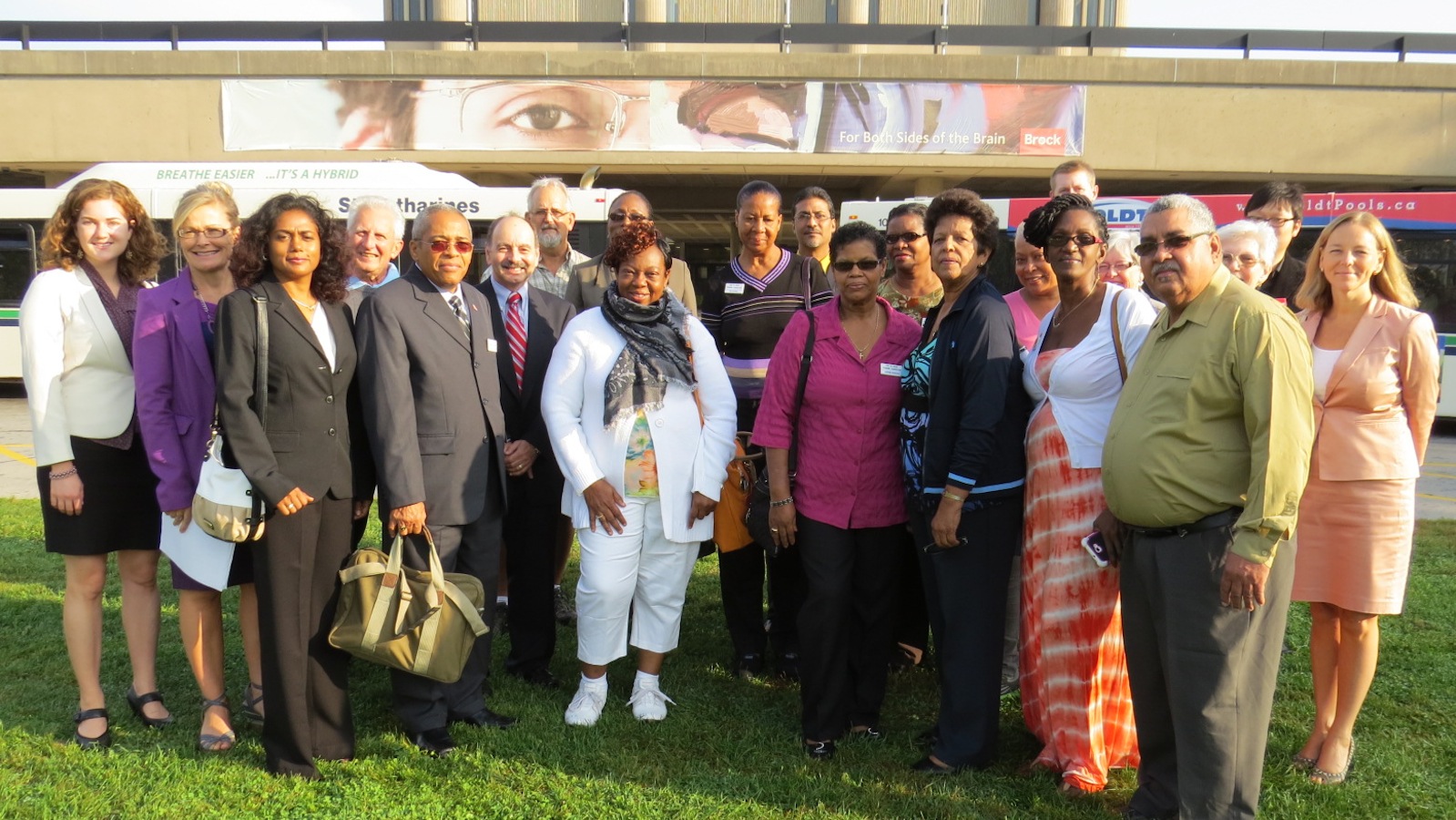 Earlier today, Brock President Jack Lightstone and Kim Meade, Vice-Provost and Associate Vice-President of Student Services, welcomed a delegation of 12 visitors from Port-of-Spain, Trinidad and Tobago, to the University.

“We are very proud of playing a role in the Twinning of our two cities,” Lightstone said during today’s visit.

“The very concept of the Twinning of cities is very important to the ongoing development of the global village,” added Lee Sing. “Only by the sharing and exchange of ideas, in both the mental and the physical sense, can people come to truly accept and understand each other.”

In 1993, to mark the 25th twinning anniversary, Brock awarded a four-year Honours scholarship to a student from Trinidad and Tobago. In 2008, in honour of the 40th anniversary, the University re-established the four-year scholarship for eligible undergraduate students. Since 2009, four students from the island country have received the Honours scholarship, and there are currently 11 undergraduate students from Trinidad and Tobago studying at Brock.

In September 2010, as part of the grand opening of the International Centre at Brock, the Philip Atteck International Services Office was created to recognize a donation made in memory of Phillip Atteck who originated the Twinning between the two cities. Atteck was also was responsible for initiating the annual Folk Arts Festival in St. Catharines.

In February 2013, President Lightstone and St. Catharines Mayor Brian McMullan visited Port-of-Spain to meet with University of Trinidad & Tobago (UTT) President Fazal Ali to begin discussions about crafting an agreement between both institutions. And in April 2013, a UTT delegation visited Brock after both universities signed two agreements witnessed by the Prime Ministers from both countries.