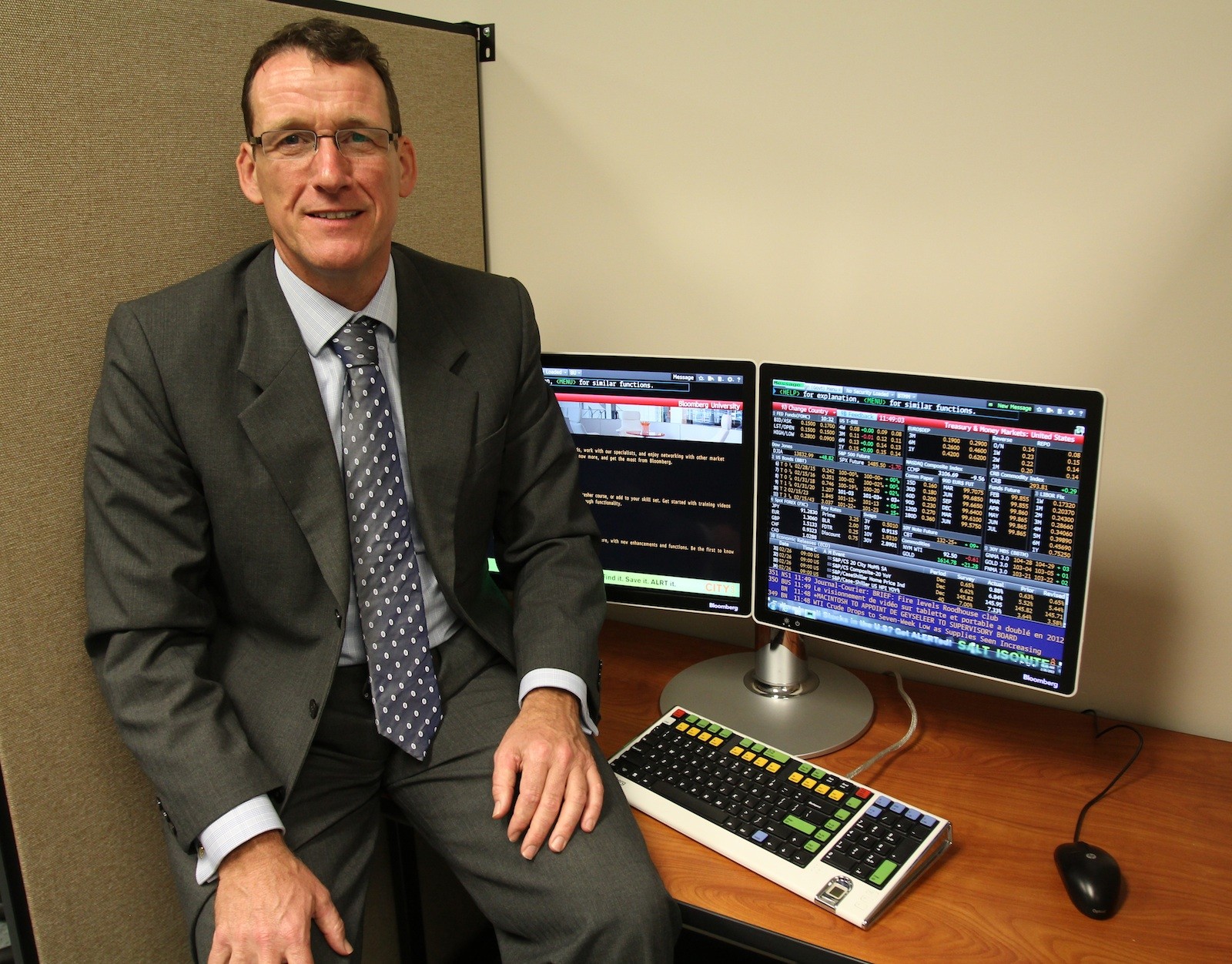 Roelof Makken, an adjunct professor at the Goodman School of Business and a Brock alumnus, made a donation to the school for a Bloomberg lab to be installed. The lab launched officially Tuesday. Roelof Makken, an adjunct professor at the Goodman School of Business and a Brock alumnus, made a donation to the school for a Bloomberg lab to be installed. The lab launched officially Tuesday.

Crude oil in the U.S. was hovering around $92 a barrel by late Tuesday morning.

Gold was rallying and so was silver, but aluminum was slumping.

As for what they were doing later in the day, a new Bloomberg lab at the Goodman School of Business would have been able to fill in curious students.

The lab, which opened officially Tuesday, thanks to a donation from Roelof Makken, an adjunct professor and Brock Business alumnus, is home to eight Bloomberg terminals, enabling students to tap into the world markets in real time.

The access to the latest in commodities, stocks, bonds and currency trading as it’s happening gives students experience they won’t find in any textbook, said Paul Scarbrough, associate professor of accounting.

“Every time you hear of stock traders, they’re in front of this,” Scarbrough said, pointing to a terminal with its colourful keyboard and two monitors emblazoned with the Bloomberg logo.

“This is the technology that 100 per cent of traders use. Without this skill, you’re not a trader. I’d like to see every Goodman School student at this. It’s hard to understand how the stock market works unless you’re involved at this level.”

That was the impetus behind making the lab a reality, explained Makken, who came from Europe to study finance and economics at Brock in 1981.

The eight additional terminals, which complement the two available to all students in the James A. Gibson Library and another dedicated to Goodman graduate students, adds to the experiential learning opportunities at Brock, he said. The new Bloomberg lab at the Goodman School of Business.

Though the lab is small, it’s a much more realistic setting for the trading that happens today, he added. The days of screaming stockbrokers on the floor of stock exchanges around the world isn’t the reality anymore but dealing rooms in smaller investment offices, which the lab mimics, are.

“If students can demonstrate they can use this technology, it makes them better prepared for the job markets,” Makken said. “This is really the only platform to get relevant, up-to-date data.”

Graduates are often tested on their ability to use the system during job interviews, Scarbrough noted.

In addition to data, analytics and market information, the lab connects students to the Bloomberg job board. Aspiring scribes can even write stories and submit them to the Bloomberg news service.

Students who come up with a better model for doing things on the Bloomberg system can even submit their ideas with ease, Makken added.

“You can really be part of the Bloomberg community,” he said.

Don Cyr, Goodman School of Business Dean, called the lab, which has already clocked more than 850 hours of use by more than 150 students, a significant tool for teaching and research.