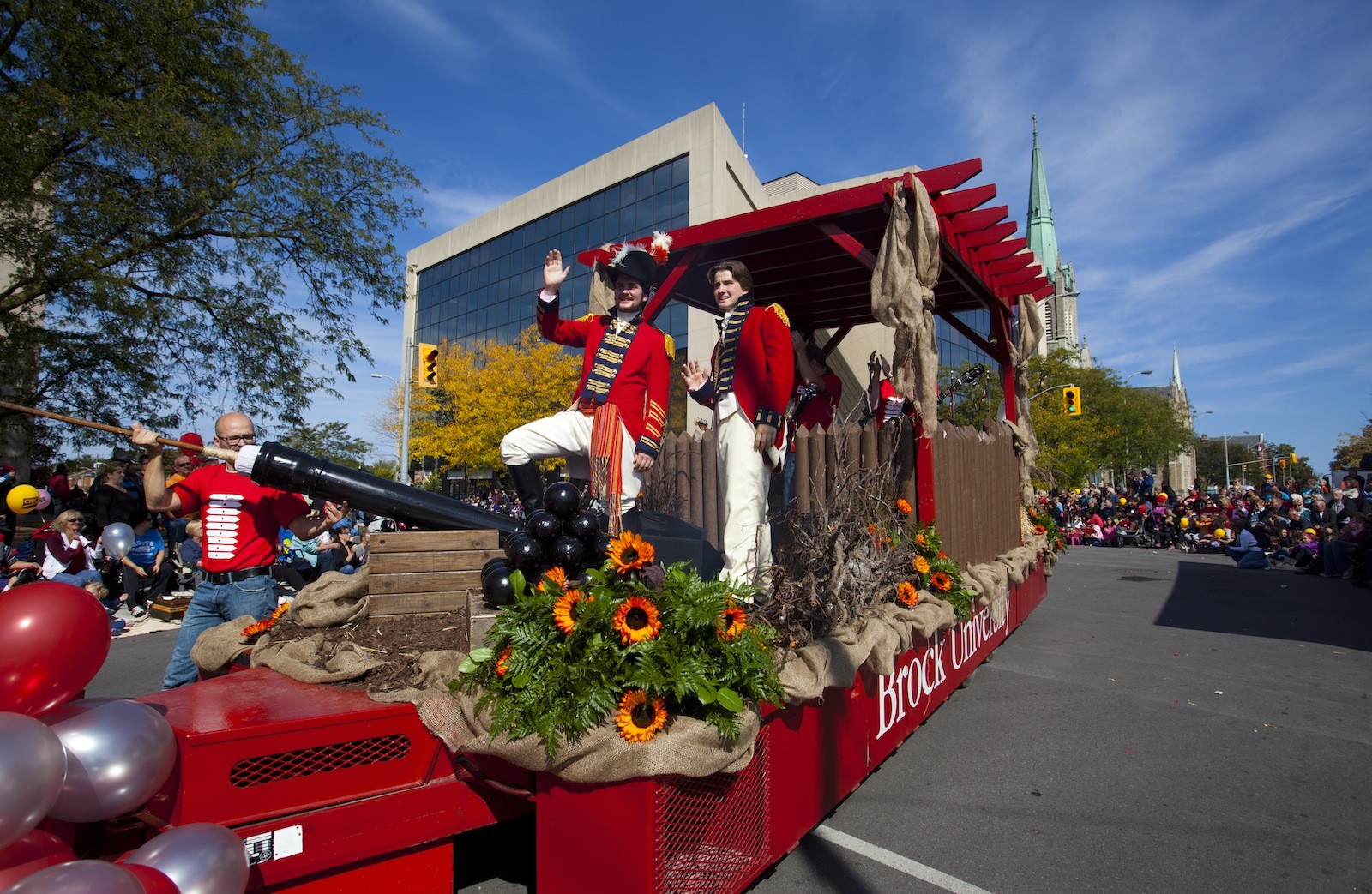 It’s an award that comes with bragging rights and a ribbon.

Last month, Brock University won the Niagara Wine Festival Vintage Award, Best National Entry, for its float commemorating the bicentennial of the War of 1812 in the festival’s Grande Parade.

The historic endeavour, which featured a smoking cannon, was organized by Amanda Hemingway, assistant to the President and the University’s events co-ordinator, and Curtis Gadula, manager of off-campus living and neighbourhood relations.

Facilities management helped create the props to make the float a success and student volunteers helped with preparation and participated in the parade.