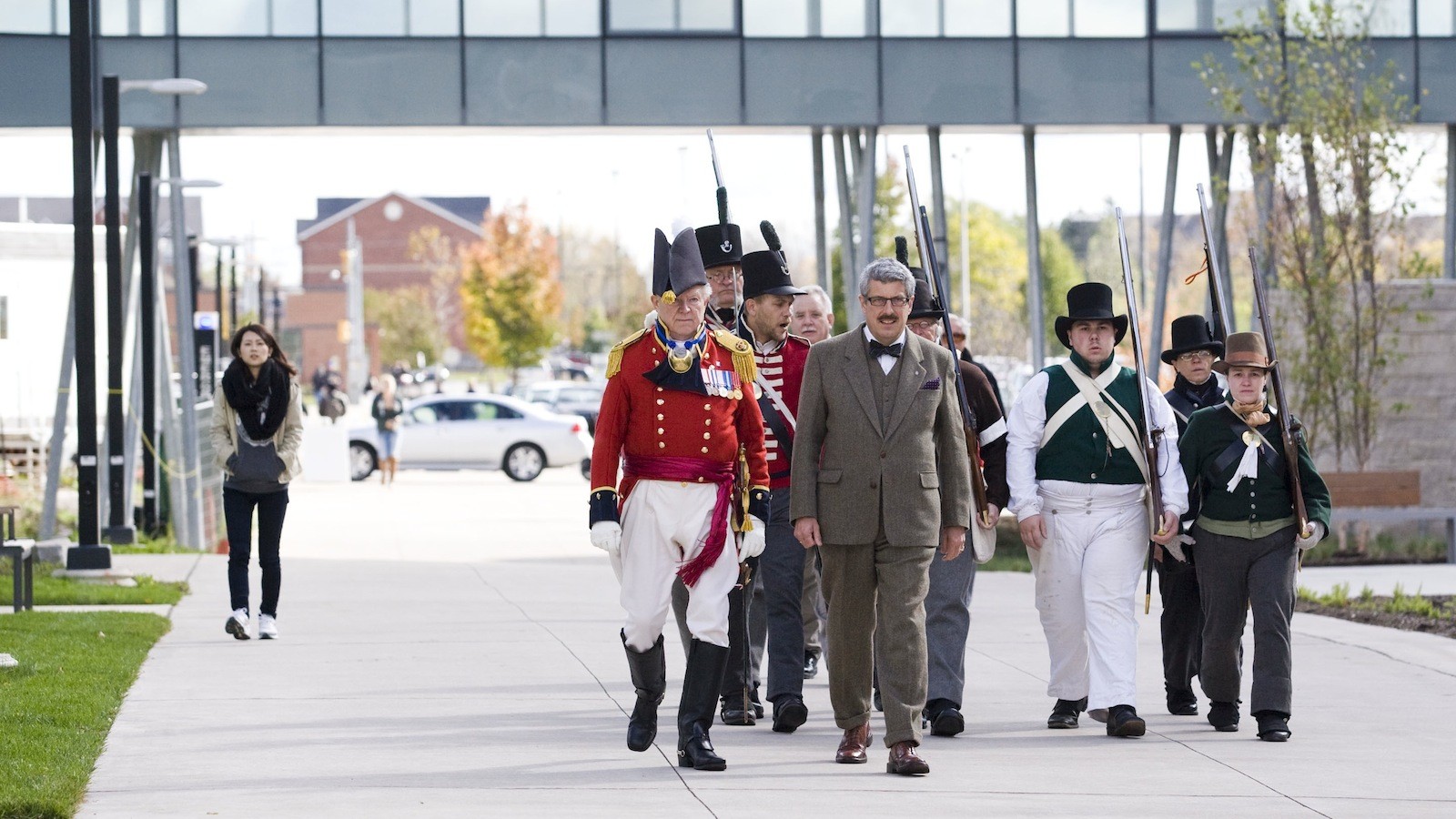 The front of the Schmon Tower looked like a page out of a history book Friday morning.

War of 1812 re-enactors from Fort George marched onto campus to commemorate the death of Sir Isaac Brock by firing muskets while members of The Lincoln and Welland Regiment lowered flags to mark the occasion and Last Post was performed.

The University’s namesake was killed on Oct. 13, 1812 by a sniper’s bullet while leading the charge in the Battle of Queenston Heights.

Several University dignitaries spoke about the role of the Major-General and the two-year war in shaping Canada as a nation.

“That war made Canada a possibility,” President Jack Lightstone said. “Had the war gone differently, Canada would have surely been an impossibility.”

Rev. David Galston, a chaplain with the University’s Faith and Life Centre, noted that the story of Brock’s death, when he is rumoured to have uttered to his troops what would become the University’s motto – surgite or push on – is more about the inspiration of the human spirit rather than “history as a set of facts.”

“Not all of the facts are clear about General Brock but what has persisted as oral tradition is the spirit of his character,” Galston said.

“It is this spirit of Isaac Brock that we recall and celebrate today. His seeming refusal to place himself above others, his care for the quality of relationships he held with others and his regard for honesty above all are characteristics we can celebrate as good Canadian qualities and as significant qualities to uphold in a learning environment like Brock University.

“Even though we cannot know all the facts about General Isaac Brock, we can still remember and celebrate him as an inspiring icon in Canadian history and for this university. In this spirit, we can all say ‘Rest in peace, Sir Isaac.'”