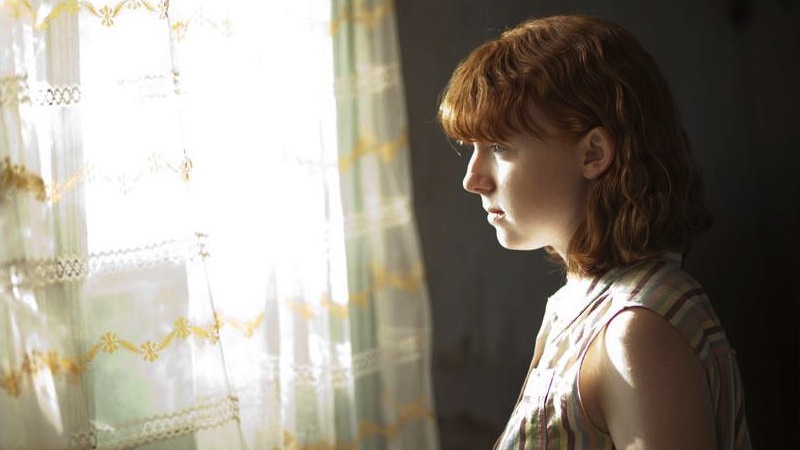 Katie Coseni’s first experience at the Toronto International Film Festival was not typical.

Rather than chasing celebrities for autographs and crowding the edges of red carpets in hopes of catching a glimpse of movie stars, the second-year dramatic arts student found herself on the red carpet soaking up the limelight.

Coseni plays one of the lead roles in the film Foxfire: Confessions of a Girl Gang, which premiered at this year’s festival on Sept. 10.

“It was mind-blowing,” Coseni says of the experience. Coseni on the red carpet a at this year's Toronto International Film Festival.

“The whole thing was incredible,” she says. “But one thing that really stood out for me was standing on stage with all the other girls and the director and producers, and just looking out at the Ryerson Theatre and it was packed.”

“I can still hear my family and friends who were there calling out my name and cheering and everything. It was a really weird experience.”

Foxfire is the latest film from Palme d’Or winner Laurent Cantet and is an adaptation of the Joyce Carol Oates novel about a small-town girl gang from working-class families coming of age in upstate New York in the 1950s.

Coseni’s long journey to the red carpet in Toronto all started when she responded to an open casting call in 2010.

“A friend and I went to a drama camp when I was in middle school,” she says. “I guess we stayed on their mailing list and they sent out a flyer about this audition.” At that first audition, Coseni waited six hours for a three-minute casting call. More than 10 callbacks later she was eventually informed that she landed the role of Maddy, one of the members of the gang who narrates the film in the form of a memoir.

The movie was filmed primarily in Sault Ste. Marie, Ont. over the course of more than three and a half months in summer 2011 and winter 2012.

Coseni, whose only acting experience prior to landing the Foxfire gig was in high school theatrical productions, said this experience made her more aware of her acting abilities and the differences between acting for the stage and the screen.

“A two-second scene on film can take up to eight hours to shoot,” she says. “It was really interesting because theatre acting and film acting are so completely different, they’re two very different things. As an actress, it has made me more aware of what I am capable of doing.”

Coseni credits her fellow students and professors in the dramatic arts program at Brock for being extremely supportive of her foray into film. Students would share their notes with her when she missed classes and professors were accommodating when it came to handing in assignments.

“Because I was going to school for drama and I was missing school because of a movie, they understood,” she said. “It’s a very supportive and friendly environment.”

Coseni’s studies will briefly be put on hold again as she leaves this weekend for the San Sebastian International Film Festival in Spain where the film will once again be given the red carpet treatment.

When asked about her future plans, Coseni envisions a combination of both worlds.

“This is what I really want to get into, but I think first I need to get back into school a little bit and try to make sure that I don’t fail out,” she says with a laugh. “I hope that I can take what I’ve learned from being in this film and apply it to my schooling.” Coseni and her co-stars on the set of Foxfire.