Brock student club on the Go 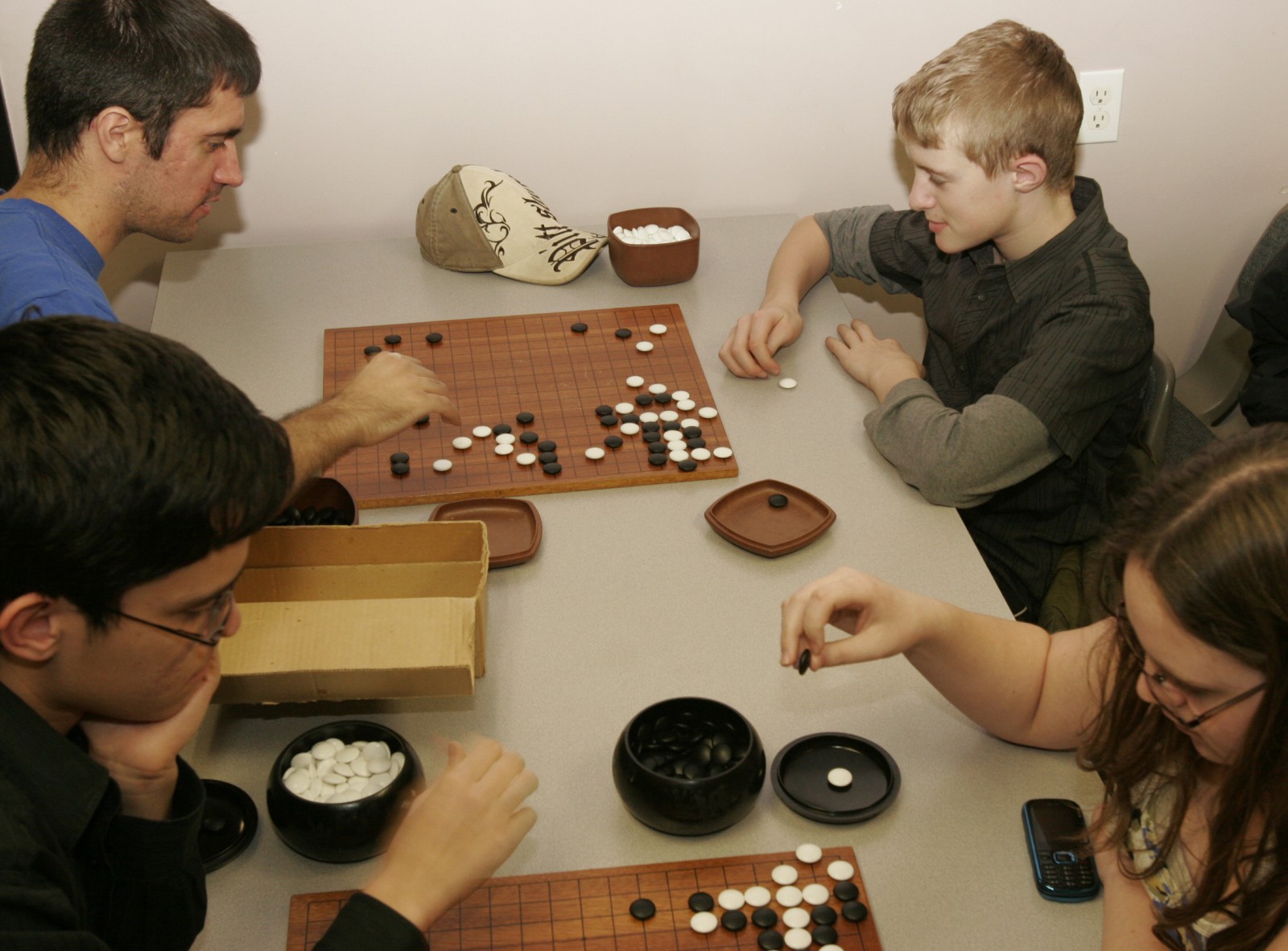 The Brock University Go Club is in the big leagues.

The student club, with strong ties to the community, recently joined the exclusive American Collegiate Go Association and is competing against rival schools like MIT, Princeton and Rutgers University.

The Brock club recently played their first game as part of the new league on March 3 and defeated Cornell University 3:2.

What is Go? It is an ancient game of strategy developed in China more than 4,000 years ago. The rules of the game are simple and can be learned in 10 minutes. But the depth and complexity of the game and possible player tactics are endless. “Go is a mix between chess, Othello and war,” says Justin Grossman, President of the Brock Go Club. “The goal of the game is to create areas of empty space that you control.”

Grossman, an Interactive Arts and Science student who taught 300 people how to play Go at this year’s O-Week club fair, notes that they only had three days to prepare for their inaugural game in the Ivy League of Go.

“Wolf told me just a few days before the first match ‘hey, we are in this tournament, get people’,” says Grossman. “We scrambled to pull ourselves together and managed to pull off a victory.”

Thomas Wolf, a professor of mathematics at Brock who initiated the Go Club at Brock in 2006, has been instrumental in facilitating the growth and development of the club.

“Different members of the club have different strengths,” says Wolf. “Some of us are good organizers, others are good at attracting new members, and others are good players and teachers. Together we are strong.”

Under Wolf’s guidance, the Brock Go Club participates in various tournaments and leagues throughout the year. He also publishes research articles on mathematics and Go and has attracted international scholars and players to teach at the University.

The Brock Go Club’s next competition as part of the Collegiate Association takes place March 17 against the University of Maryland. After that, their last two games of the season will take place on March 31 and April 14.

The Brock Go Club is a community club and is open to players of all ages at Brock and in Niagara. They meet every Wednesday at 5 p.m. in MCJ434.

Read more stories in: News
Tagged with: Mathematics and Science