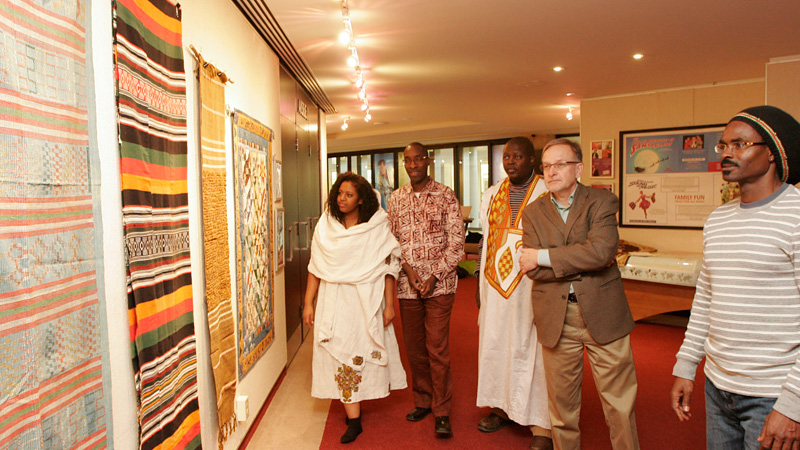 The month-long program includes an art exhibit of African cloth and Underground quilts, a film about Afro-Iranians, an Underground Railroad tour, and a talk about the War of 1812, Richard Pierpoint and the Coloured Corps of Upper Canada.

It will also feature the inaugural Dr. Wilma Morrison Annual African Heritage Lecture. Morrison, a local historian, curator, advocate and educator of black history in Niagara, received an honorary degree from Brock in 2010. The Wilma Morrison lecture will feature former Canadian politician the Honourable Jean Augustine. She will talk about her views on diversity and inclusion and address the representation of people of African descent in Canadian politics.

“My goal has always been to interest people in our Canadian history,” Morrison said. “It is important for people to know about and be reminded of the people who helped to build this great community.”

The month is not only a celebration of African heritage, but “a celebration of our collective world and human histories,” said Richard Ndayizigamiye, a Brock professor and member of the Renaissance Group.

The Brock/Niagara African Canadian Renaissance Group is a collective of Brock faculty, staff, students and community members. It includes student clubs like the Roots African Caribbean Society, and community groups such as the African Association of Niagara, the Council of Black Organizations in Niagara and the Black History Society.

• Friday, Feb. 10: Dr. Wilma Morrison Annual African Heritage Lecture
Jean Augustine will present “Transcending Ghosts of the Past: the future of Black political engagement,” and Morrison will speak about the Black Canadian experience in Southern Ontario. 1 to 3 p.m., Sankey Chamber (View a poster for the lecture in PDF form)