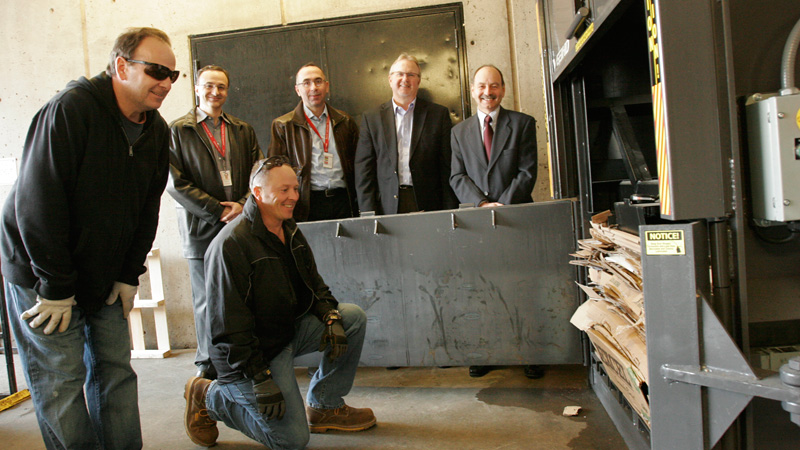 Brock generates more than 358,000 kilograms of cardboard every year, and now there’s a more efficient way to get rid of it.

Facilities Management has acquired a new baler that will allow the University to dispose of its cardboard in a way that’s greener and generates revenue. Custodians will put about 1,400 pounds of cardboard through the baler a day. The material will then be sold to an independent contractor for recycling.

From the Campus Store to Sodexo, “a large volume of cardboard goes through the University,” said Tom Saint-Ivany, Associate Vice-President of Facilities Management. “This allows the University to manage its disposal of cardboard and generate revenue.”