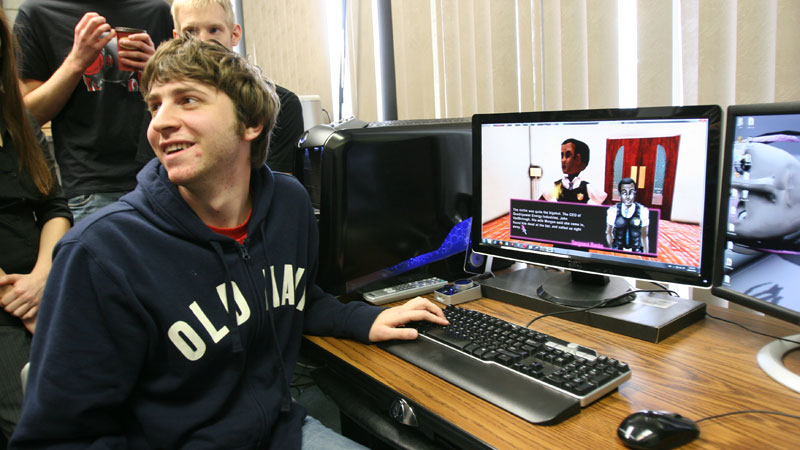 The year is 2060. The world is dark and gloomy. There’s a technological depression and even worse, there’s been a murder and the killer is at large.

That’s the premise of a new video game, Flint and BURT: Astro City Homicide, developed by 12 Brock University students who have taken the game from conception to finished product in just seven months. The PC game, which follows a detective and his sidekick robot, will debut on Wednesday, April 20 with a launch at the Red Hot Chili Pepper in downtown St. Catharines.

The talent of the student game developers in Brock’s Interactive Arts and Science (IASC) program shows that Niagara has enough talent to be a future new media hub, said Prof. Bill Ralph, who taught the 4F00 course that resulted in the game. 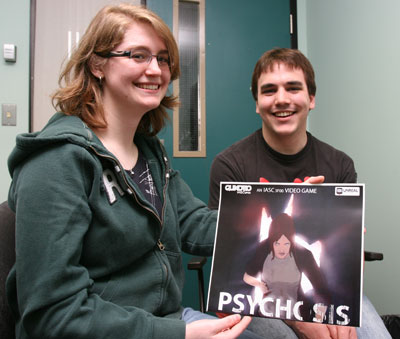 “The fact that they have the game functioning at this level in this short amount of time is amazing,” Ralph said. “Every person, every speck of colour, and every texture was created by the students. If you see a raindrop, somebody made that raindrop.”

The students came up with the dark, futuristic concept. The scenes include outdoor rainstorms and a lavish apartment looking out over a nighttime cityscape. Drama students, professors and members of the team did the voices. The students, who call themselves Little Room Games, are the second group to graduate from IASC’s digital media program.

The game gives the students a portfolio piece as they pursue careers in video game development.

“It gives us a chance to use what’s in the industry right now, and we can show potential employers what we’ve done,” said student game designer Cory Sherman.

Another group of students in the IASC 3F00 course debuted their game Psychosis with a downtown St. Catharines launch on April 15. 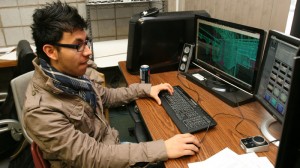 Psychosis takes the player on a maze-like journey through the mind of a woman who has just suffered an earthquake. The group of 16 students has also put in hundreds of hours since September.

“Getting into game design is not an easy path by any stretch of the imagination,” she said. “If we can get experience at school, then we definitely have a huge jump on the competition.”

Screenshots for Flint and BURT: 1 | 2