Researcher of the month: Tony Bogaert 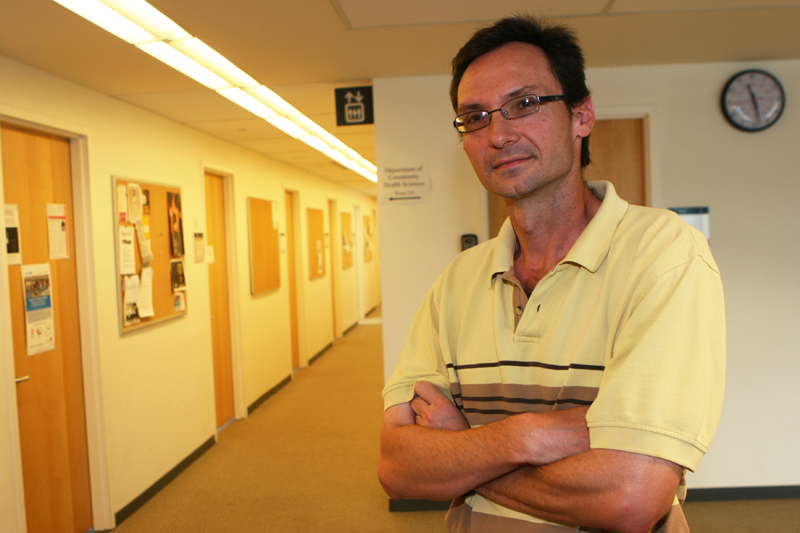 In addition to chairing the Department of Community Health Sciences, Tony Bogaert is netting big grants for his research of sexual orientation.

Tony Bogaert is used to making waves with his research into sexual orientation. And that fascination is unlikely to die any time soon.

Both are the continuation of a body of sexual orientation research that has garnered worldwide interest in the past 10 years.

Past work by Bogaert includes gay men and birth order, high-risk sexual behaviour in gay/lesbian and straight populations, and asexuality as a fourth sexual orientation. All have gotten plenty of ink and seen Bogaert make the rounds of print, television and U.S. talk shows.

“There’s a genuine curiosity and a fascination people have with this area of their lives,” said Bogaert, who is also chair of his department. “It’s relevant to everybody.”

The first study continues from Bogaert’s 2006 findings that the more biological older brothers a man has, the more likely he is to be gay. This trend showed itself even when boys were adopted into different families. That means for each male gestation that occurs, something changes in a woman’s body that makes her more likely to give birth to a gay son.

The 2006 study — which involved 700 men from non-biological families — suggests that homosexuality is prenatal in origin, he said. But the main question is how.

Bogaert will examine variations in how mothers of gay sons and mothers of straight men respond immunogically to a number of proteins involved in male fetal development. There are a lot of proteins to examine, he said. But there are some likely suspects.

Bogaert, who is chair of the Community Health Sciences department, will also examine reported physical variations between gay and straight men. Some variations may actually be one group being more likely to bend the truth in its answers, he said.

For example, early data shows that gay men are slightly shorter than straight men, Bogaert said. But no one is sure whether that’s a biological truth, or if straight men are more likely to over-report their height.

He will also examine the width-to-height ratio of the face, work related to that of fellow Psychology professor Cheryl McCormick and graduate student Justin Carre, who found that people with wider faces are more aggressive.

Bogaert, who has taught at Brock for 14 years, became interested in sexuality in 1993 as a graduate student at the University of Western Ontario. He was a teaching assistant for William Fisher, whose human sexuality course got him hooked.

In Bogaert’s class, as with Fisher’s class, students are fascinated.

“They’re generally extremely engaged,” he said. “They tend to relate it to their lives, and they’re also curious about what makes them different.”

Bogaert is also inspired by the work of his wife, Carolyn Hafer, who is also a Psychology professor at Brock. The mutual support helps, he said, in that they can discuss ideas and read each other’s papers.

Also, “it’s really practical,” he said, ”because we can come to work together in the same car.”