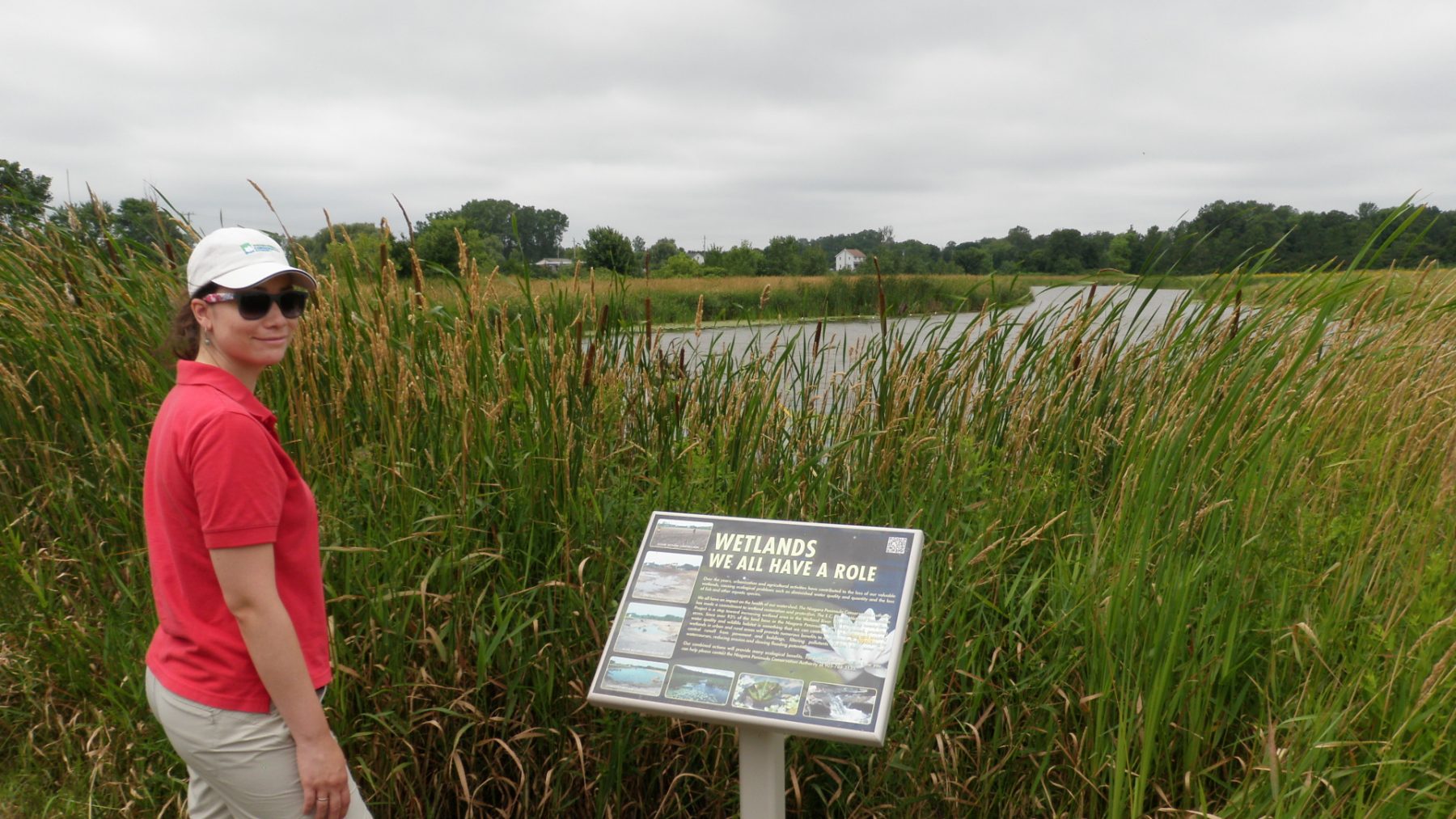 Wetlands are among the most biologically diverse ecosystems on Earth, supporting well over 100,000 species globally. Humans rely on this diversity for a wide range of goods and services (known as ecosystem services), and wetlands are important for the social, economic and ecological health of our country.

Despite their obvious contributions, however, more than 87 per cent of our global wetlands have been lost, primarily due to land conversion, invasive species and climate change. Southern Ontario, the most biologically diverse life zone in Canada (home to over 2,500 species of plants and animals), has lost over 90 per cent of its original wetlands due to urbanization and agriculture. As one quarter of all the wetlands in Canada are found in Ontario, their disappearance in the province has had a significant impact and been associated with increased flooding as well as the deterioration of wildlife biodiversity and water quality.

Wetlands play a significant role in climate change mitigation and adaptation, by helping to reduce and prevent flooding. Acting as natural “sponges,” wetlands capture and slowly release water back into the environment after rain events. Since our human-made infrastructures (buildings, roads, parking lots) are not permeable, water will quickly “runoff” to the nearest low point. In urban settings, that runoff usually flows to storm drains, and most of those drains then directly discharge in creeks, rivers or lakes. This fast transfer of water (stormwater runoff) can quickly overwhelm creeks, rivers, and stormwater systems and when excess water has no place to go, flooding happens. Contrary to the common belief, quickly moving water off the landscape will not reduce flooding, it actually increases it. Too much water in such systems leads to blockage and back-up (including in houses).

To illustrate how flooding can happen in urban areas, consider an average sized house which typically generates approximately 2,000 litres of runoff during a typical rain event. This is about the equivalent of 150 bathtubs full of water. In Niagara, with close to a quarter of a million dwellings, this is the equivalent to filling 1.7 million bathtubs, or 100 Olympic swimming pools, with stormwater.

Niagara and its surrounding areas have seen significant wetland losses, currently approaching 90 per cent. That losss, coupled with the increased storm frequency and intensity caused by climate change, is causing large volumes of stormwater to be generated which is overwhelming infrastructure and causing flooding that is reaching disastrous proportions.

An example of this was seen in Walkers Creek, St. Cathraines, on September 3, 2018, when a high instensity storm dumped one metre of rain water on the North end of the City within a two- hour period, causing widespread road and basement flooding.

A 2019 study by the Canadian government looked at ecosystem services provided by wetlands. The study found that each hectare (ha) of wetland located in the upstream portions of urban watersheds (drainage area) could provide upto $3,500/ha in flood damage reduction by intercepting and absorbing rainwater before it reaches urban centres. All remaining Canadian wetlands, if used wisely, can sustain biodiversity and ecosystem services for future generations. Where wetland functions have been degraded, conservation and restoration partnerships should be explored. This process should start with the owners of the land, which may include private, public, government and Indigenous communities. Wetlands, as part of planned green networks, provide multiple economic benefits, including relief from storm flooding.

Locally, the Niagara Peninsula Conservation Authority has a partnerhip with Ducks Unlimited Canada for wetland restoration and conservation initiatives and is a great place to find out more information www.npca.ca

The researchers involved with the MEOPAR project are working to raise awareness about the impacts of climate change and how communities can effectively adapt, and increase resilience, to these changes. Follow along with our blog every week (written by researchers Liette Vasseur, Meredith DeCock-Caspell, Bradley May, Pulkit Garg, Sam Gauthier & Jocelyn Baker) to learn more about the project and how you can get involved. You can also email us at meopar-lincoln@brocku.ca