Niagara has a very unique combination of deep, nutrient rich, sandy soils as well as an extremely favorable microclimate, which makes it perfect for growing grapes and other tender fruits such as peaches (Niagara’s Agriculture Profile). Did you know that Niagara is known as the fruit basket of Canada, with 2/3rd of Ontario’s tender fruit orchards being in Niagara, therefore producing most of the province’s peaches, cherries, pears, plums, prunes, and grapes (Niagara’s Agriculture Profile)? In Niagara, we are immensely lucky to be surrounded by such a wide variety of locally grown food and it is the time of year where everything is coming into season! Supporting your local farmers is not only great for reducing the environmental impact of your diet, it also helps support your local economy and foster a sense of community. 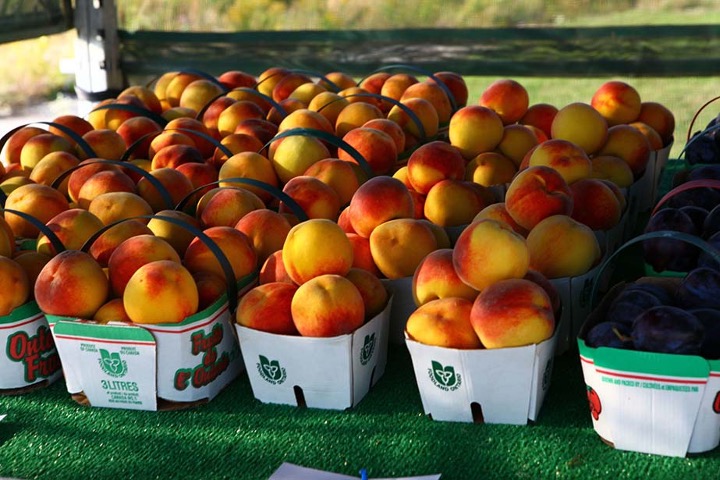 Below is a comprehensive list of food that is in season in Ontario this spring/summer (What’s in Season, Ontario Farm Fresh). Lastly, a reminder that freezing and preserving local fruits and vegetable when they are in season is a great way to eat healthy, local food year-round!

Grapes (August-October, however ice wine grapes are harvested in January)