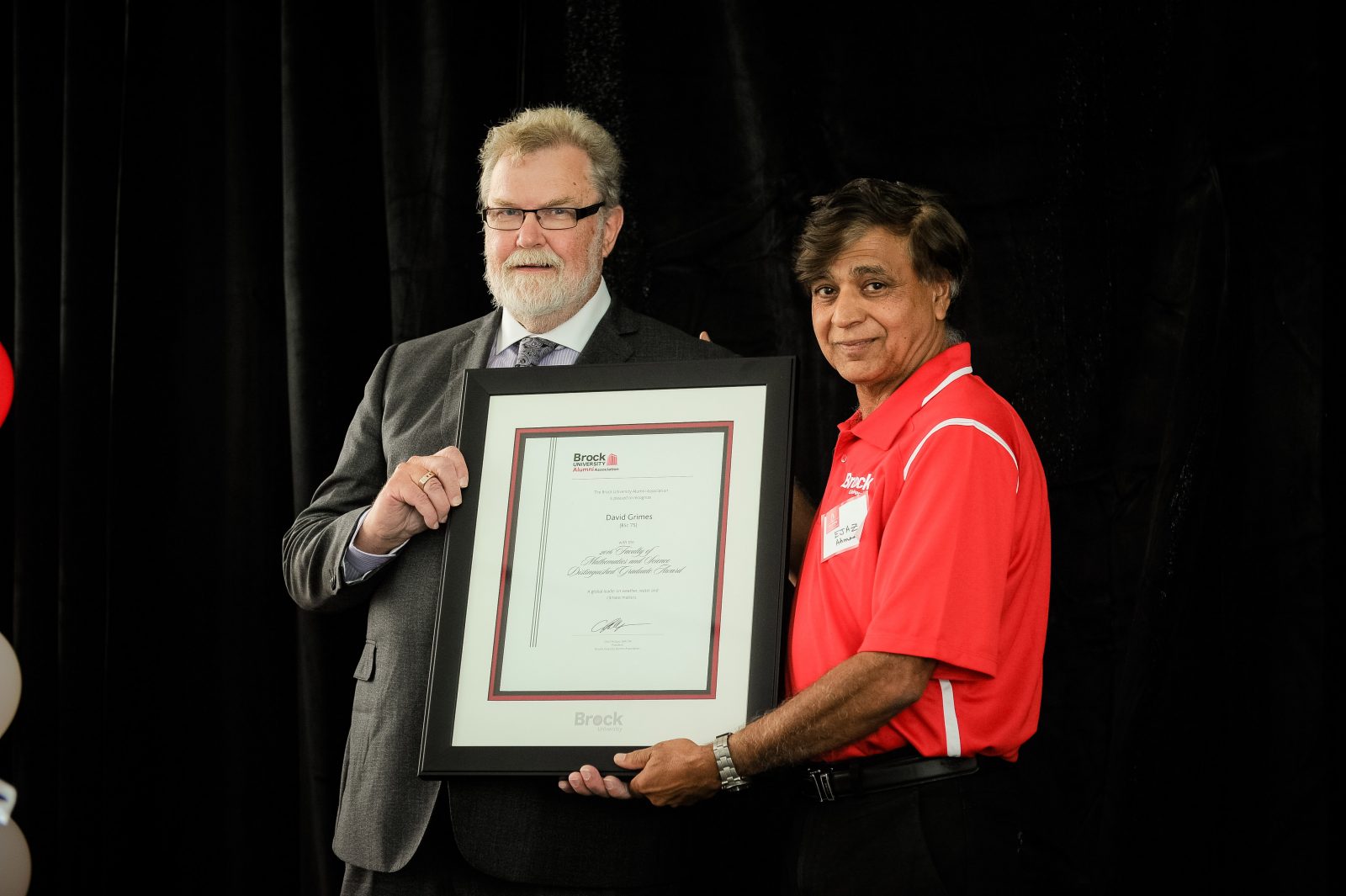 A man well known to the Brock University community — and to the world for his critical climate change work — has received one of the country’s highest honours.

Brock alumnus David Grimes (BSc ’75) was named to the Order of Canada on Friday, Nov. 27. He was recognized for his outstanding leadership in meteorology and for his pioneering development of a global strategy on climate change and disaster-risk preparedness.

Grimes was the first Canadian to serve as President of the World Meteorological Organization (WMO), a United Nations agency that co-ordinates international efforts to better understand the planet’s pressing weather, water and climate issues. He served two terms in the lead role from 2011 to 2019.

He was among 114 appointments to the Order of Canada announced by Governor-General Julie Payette last week. Also receiving the honour was John Peller, a leader in Canada’s wine industry and a long-time supporter of Brock University.

During his time at Brock, Grimes studied mathematics, and nuclear and quantum physics, ultimately graduating with a Bachelor of Science in Physics.

Upon graduation, he joined Environment Canada, where he trained as a meteorologist and spent more than four decades fulfilling policy and management assignments. He also served as Assistant Deputy Minister and head of Environment Canada’s Meteorological Service from 2006 to 2019.

Grimes was previously honoured by Brock, receiving the University’s Alumni of Distinction Award in 2012 and the Faculty of Mathematics and Science Distinguished Graduate Award in 2016.

“I am very pleased to hear that David Grimes has been named to the Order of Canada,” said Ejaz Ahmed, Dean of Brock’s Faculty of Mathematics and Science. “It is a well-deserved honour.”

“We are very proud of David’s unparalleled contributions to science and society.”

Recipients of the Order of Canada will be invited to accept their awards at a ceremony to be held at a later date.