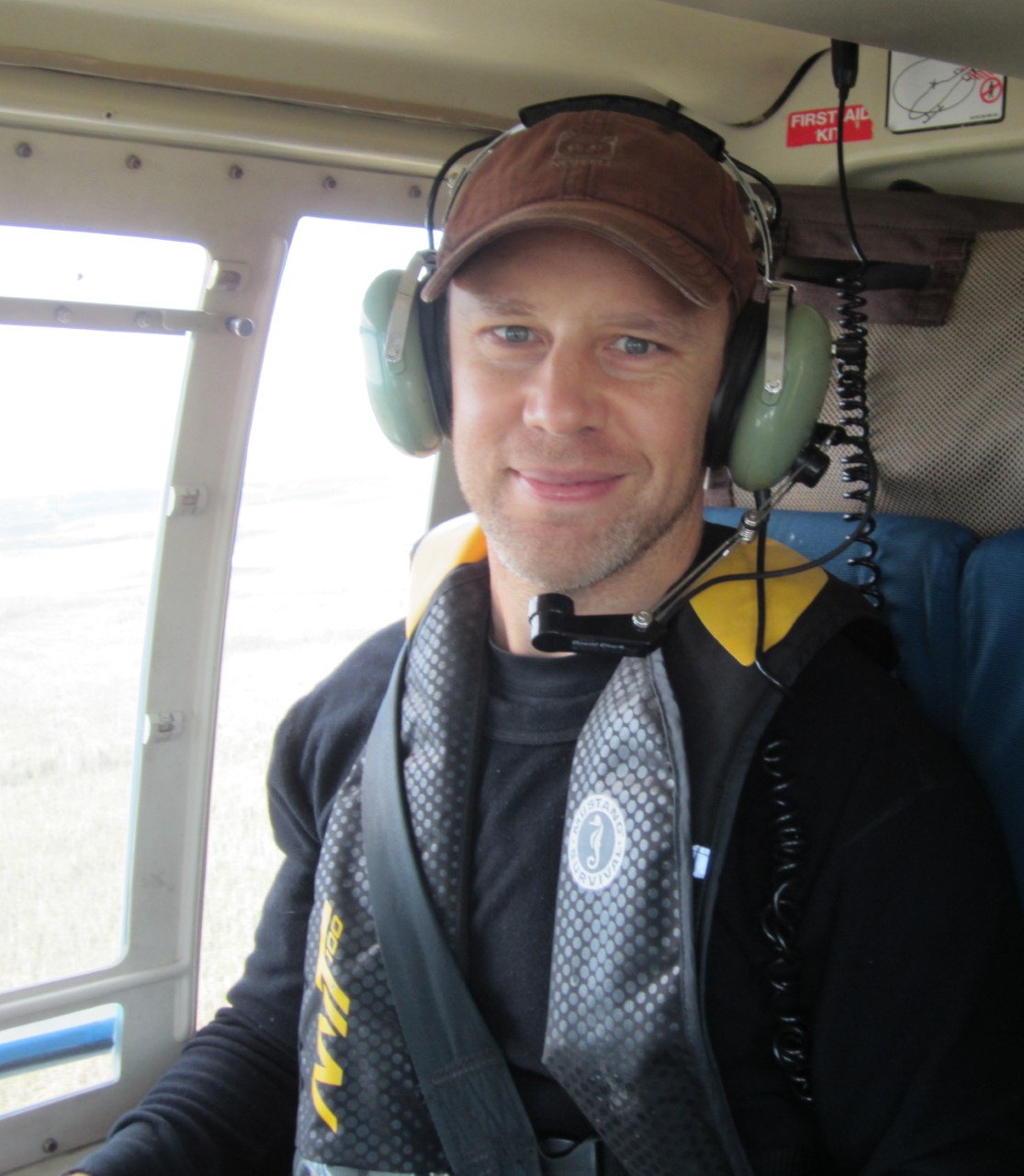 Kevin Turner, Associate Professor in the Department of Geography and Tourism Studies, has been chosen for the Fulbright Canada Research Chair in Arctic Studies at the University of Washington in 2021. (Photo credit: Daniel Hughes.)

Kevin Turner, Associate Professor in the Department of Geography and Tourism Studies, has been awarded a Fulbright Canada Research Chair in Arctic Studies at the University of Washington.

Next winter, Turner — who is also cross-appointed to the Department of Earth Sciences, an Associate Member of the Department of Biology and a Co-Founder of the Water and Environment Lab at Brock — is set to spend six months teaching and researching the impacts of climate change on northern landscapes, lakes, rivers and wetlands.

“As land and water adjust to changes in climate, we are presented with many questions of urgent global concern, particularly to northern stakeholders,” says Turner. “Changing landscape components, such as permafrost thaw, will influence global carbon cycles and climate-warming greenhouse gases. This is a far-reaching concern.” 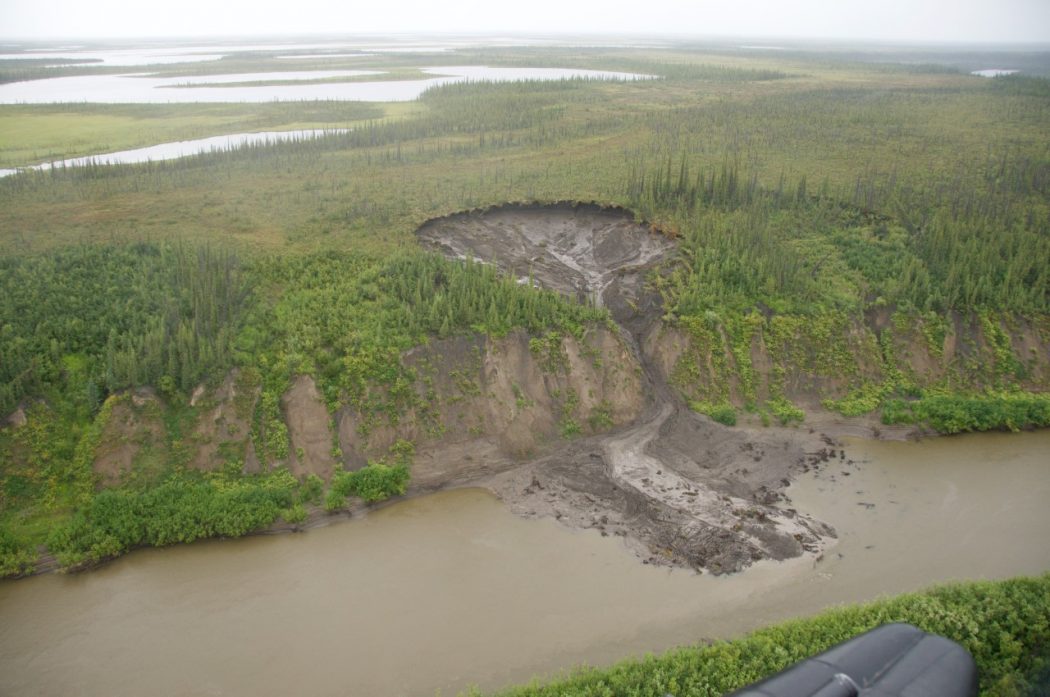 The Fulbright Canada Research Chair in Arctic Studies recognizes Associate Professor Kevin Turner’s ongoing work in mapping Arctic lake and river responses to landscape disturbances caused by the changing climate, as shown in this photo he captured of a landslide due to thawing permafrost.

Turner notes that there are also local concerns, including how landscape disturbance such as fire, landslides and lake drainage can affect water quality, ecology, infrastructure and travel. To address some of these issues, he will use the research component of the Chair position to “take inventory of the landscape changes and identify how they influence the hydrology and chemistry of lakes, rivers and wetlands.”

“The research aims to enhance our knowledge of climate change impacts and feedbacks,” says Turner, who has been conducting fieldwork in northern Yukon for 14 years. “We do this by identifying linkages among landscape changes and lake and river biogeochemistry across the ecologically and culturally important landscapes of the Yukon River Basin.”

The Fulbright Canada Research Chair also involves teaching for the University of Washington’s minor in Arctic Studies. Turner plans to share with students both remote sensing and field-based techniques for collecting landscape data, as well as teaching students how to analyze, synthesize and share their findings with broad audiences.

Turner says he was honoured to be selected for the Fulbright Canada Research Chair.

“There are several colleagues I look up to who have received it in the past,” he says. “I am grateful that I have this opportunity to extend my research program and collaborations across borders.”

Turner is attracted to the University of Washington for several reasons, not the least of which is the chance to work more closely with colleagues whom he has met during his affiliation with the National Aeronautics and Space Administration’s (NASA) Arctic-Boreal Monitoring Experiment.

He also notes that the Henry M. Jackson School of International Studies, where the position will be homed, is a “leader in advancing the understanding of and engagement in world issues.”

“Several researchers and dignitaries from Yukon participate at their various forums, including Dana Tizya-Tramm, Chief of the Vuntut Gwitchin First Nation (VGFN; Old Crow, Yukon), who discussed impacts of climate change on Indigenous communities and their resilience during a meeting of the World Affairs Council,” says Turner. “The priorities of my research program have been guided by the vast knowledge that the VGFN have of their traditional territory and the observations they have made over generations.”

Turner also has personal reasons to be excited about relocating to Seattle for the duration of the position.

“As a past varsity rower, I’m interested in seeing where that 1936 crew came from on their way to gold in Germany,” Turner admits. “I should also mention that I’m a big fan of several musical artists who came from Seattle — top of the list would be Jimi Hendrix.”

However, the ongoing COVID-19 pandemic may interfere with Turner’s plans. The position is set to begin in January 2021, but a few pieces need to fall into place before then.

“We are currently living in a world of virtual-communications and we are unsure of how this will change by the end of the year,” says Turner, adding that international visas were suspended by the U.S. Department of State until the end of 2020. “Fulbright is currently looking into these issues and will provide updates as they learn more. I have hope that things will change for the better as the new year approaches.”

Turner also points out that “climate change will not pause for us, and there is a lot within that realm that we need to learn.”

“Arctic and subarctic regions are undergoing climate warming at a rate twice above the global average, and changes in precipitation patterns occurring — less snow and more rain, for example — are having major impacts on these landscapes,” says Turner. “The processes that cause permafrost degradation are often triggered by warm and wet conditions, and since about a third of the world’s carbon is locked in permafrost, this has complex ramifications for the rest of the world.”