REPOSTED FROM THE BROCK NEWS
THURSDAY, MARCH 07, 2019 | by Devon Gribble 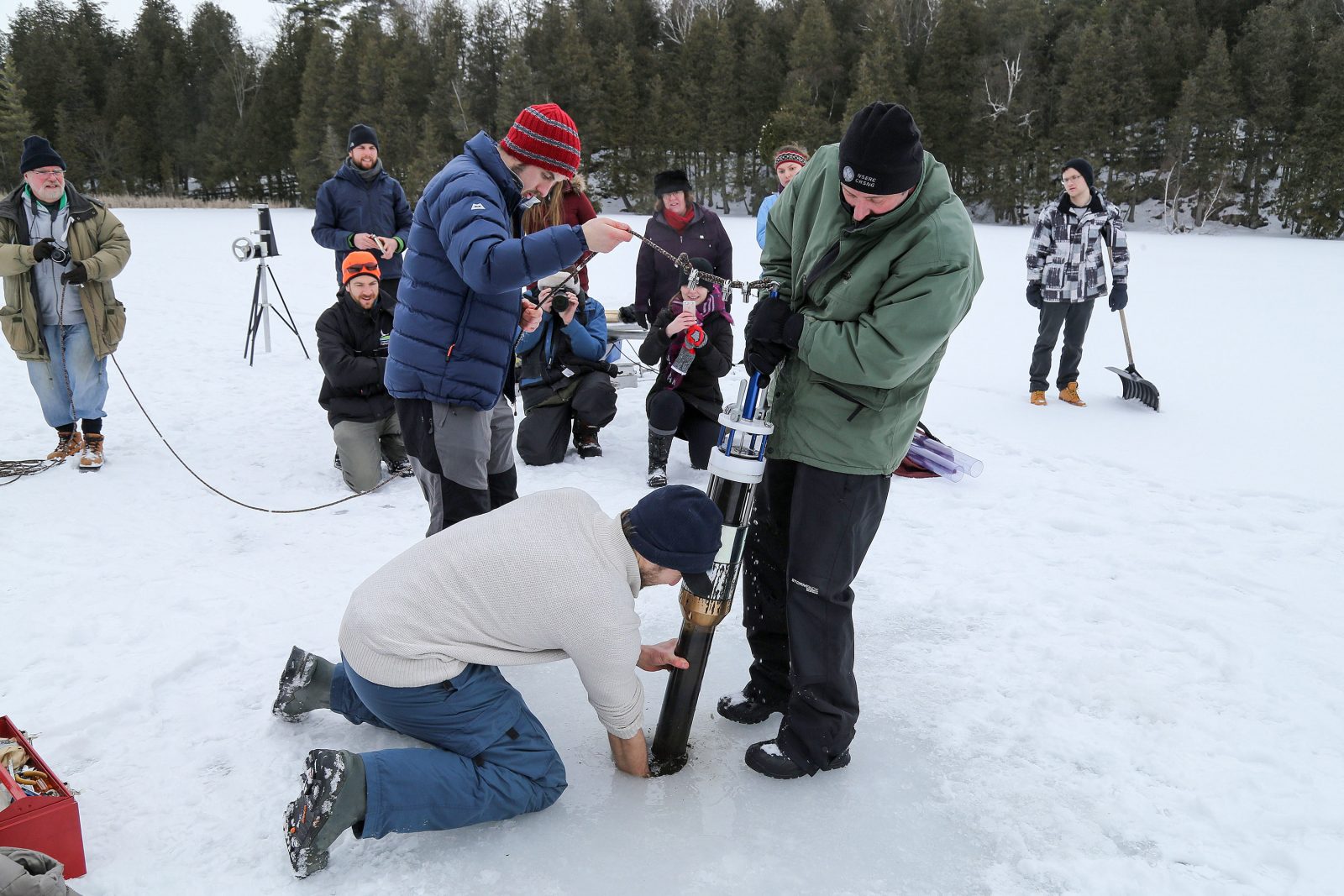 When a group of researchers returned to Crawford Lake to continue the search for evidence of a possible new geological era, they came with a film crew to document the occasion. 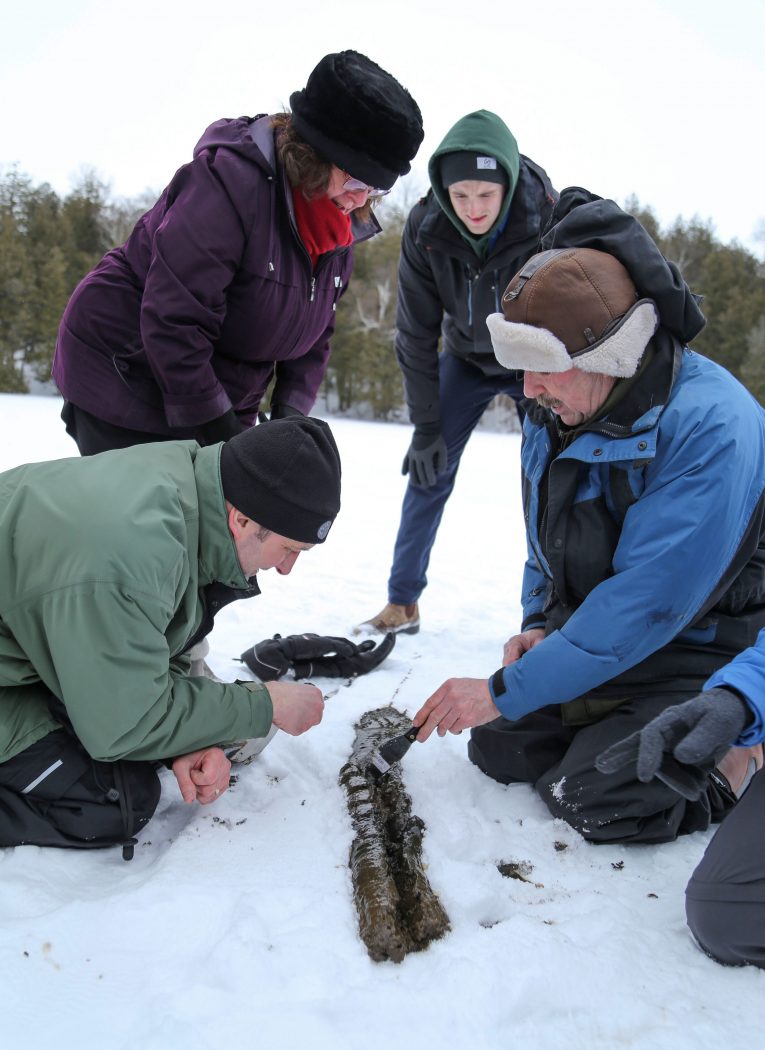 The team is studying the lake as a possible location to define a new geologic epoch called the Anthropocene. It is one of 10 sites being captured by Mercury Films.

The production company’s most recent film,Anthropocene: The Human Epoch, premiered at the Toronto International Film Festival this past September and is part of a multimedia project that includes a major travelling museum exhibition of photographs, short films and augmented reality. It has been featured at the Art Gallery of Ontario and National Gallery of Canada, and will be on display in Bologna, Italy, in April.

In addition to the field work, Mercury Films will visit Brock to obtain footage of the laboratory analysis component of this research effort. As part of a project, contracted through the German government, they will highlight each site’s candidacy for type section — a location where evidence of a time period shift can be seen — and cover all the steps leading to the formal proposal of the Anthropocene epoch.

In order to receive this ‘golden spike’ designation, a proposal must be submitted to the Anthropocene Working Group (AWG) for evaluation. If the AWG approves of this proposal, it will then be evaluated by the International Subcommission on Quaternary Stratigraphy, chaired by Brock University Professor of Earth Sciences Martin Head.

While the world is technically in the Holocene epoch, the group researching Crawford Lake, which also includes researchers from Carleton and McMaster universities as well as Conservation Halton, hopes their findings can convince fellow scientists around the globe to establish the start of the latest geological age.

Researchers suggest the Anthropocene began around 1950. While it hasn’t been officially adopted as a geological epoch, Brock Professor of Earth Sciences Francine McCarthy and her team are attempting to build a case for Crawford Lake. 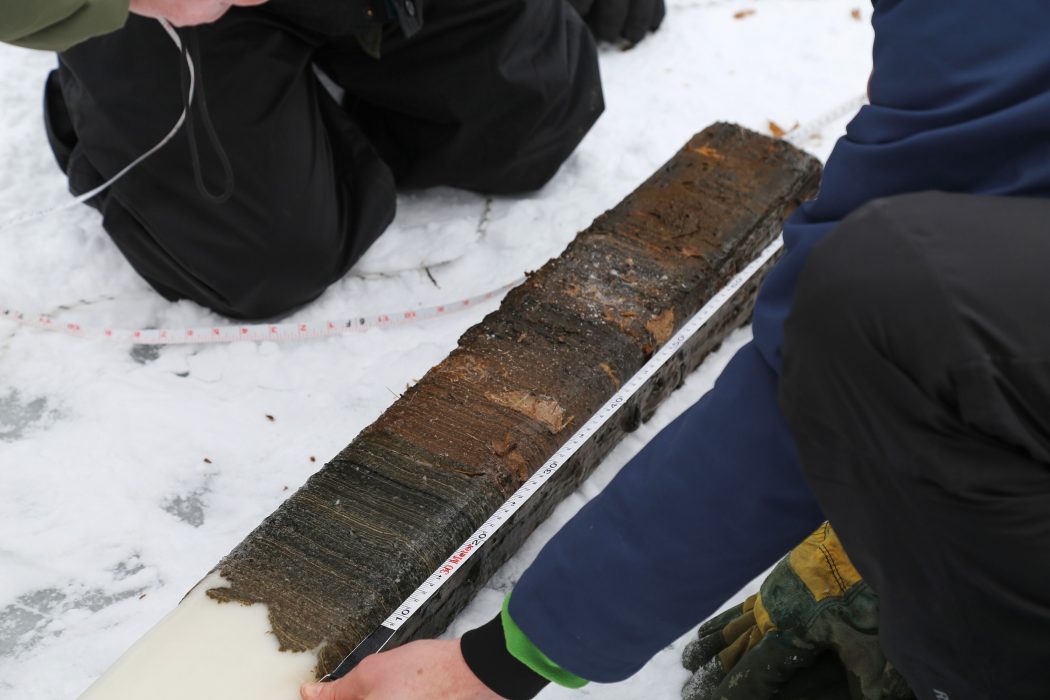 To get a better understanding of the history that exists within Crawford, annually laminated sediments called varves are recovered through freeze-coring — a process that involves dropping a dry ice and ethanol filled-metal sampler into the lake.

“Over the next year or so, various types of analysis of the varves and the overlying water will be conducted, including radionuclide analysis to look for the ‘bomb spike’ and evidence of the Great Acceleration since the Second World War,” McCarthy said. “If a good radionuclide signature, including plutonium, is present in the sediments of Crawford Lake, the site will be a strong contender as the type section, with a ‘golden spike’ at around 1950.”

“I would like to send my congratulations to the team for their work on this matter,” he said. “They should be both proud of their research and excited by the attention it is receiving.”

There is still plenty of work to be done before the Anthropocene is recognized as a geological era. Progress reports from 10 candidate sites will be presented in April at the upcoming European Geophysical Union Meeting in Vienna. Additionally, supporters from each site will travel to Berlin in May to discuss the next steps that need to be taken to establish the Anthropocene epoch. 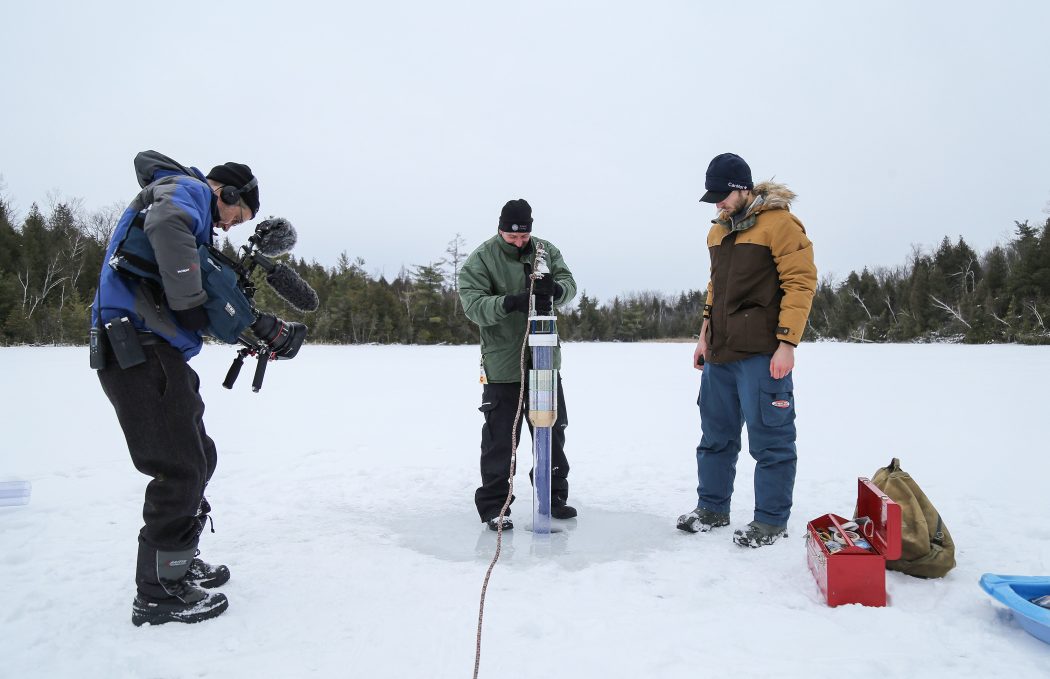 Story reposted from The Brock News.