Geography student studies why some people live on the road 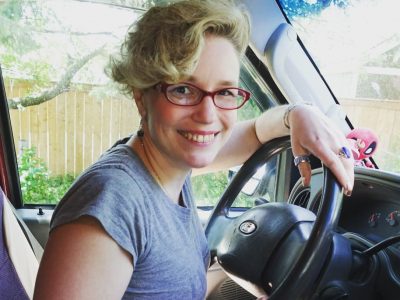 When Stephanie Murray, a Geography master’s student at Brock University, set out on a two-month long journey across North America to study nomads and vanlife culture, she didn’t expect to find herself learning to surf, contributing to a documentary film, or being surrounded by a pack of angry stray dogs. But she quickly learned that life on the road is full of unexpected twists and turns.

An avid traveller, Murray stumbled onto vanlife culture. She was fascinated by the people she met, and quickly realized that although nomads living in vans had been around for years, no one had studied them yet.

“I knew there was a gap in academia that I could fill,” Murray says. “But if I wanted to truly study this culture, I needed to be able to live and move like they did.” 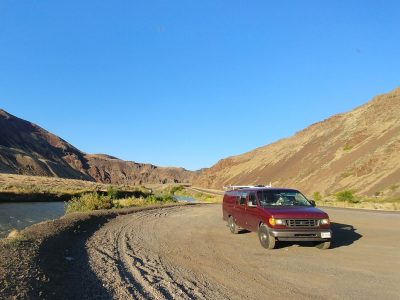 “Lola” in the field during her two-month research journey across North America. Photo by Stephanie Murray.

Using funding from Brock and a Social Sciences and Humanities Research Council (SSHRC) grant, she purchased a used van on Kijiji. Naming it Lola, she converted the vehicle into 66 square feet of living space. Then, over the summer of 2017, she drove to the west coast of the United States to attend “van gatherings,” events where people who live and travel in their vans get together to socialize and support one another. It’s a diverse group, says Murray. “One of the couples I spoke to worked remotely in IT, another couple ran a blog, and one of the other vanlifers was making money from a book he’d written. They’re a pretty talented bunch.”

She was out to discover their motivation for giving up conventional lives and instead choosing a highly mobile lifestyle. “Our society is oriented towards people who stay in one place, and van nomads help to call that way of thinking into question.” 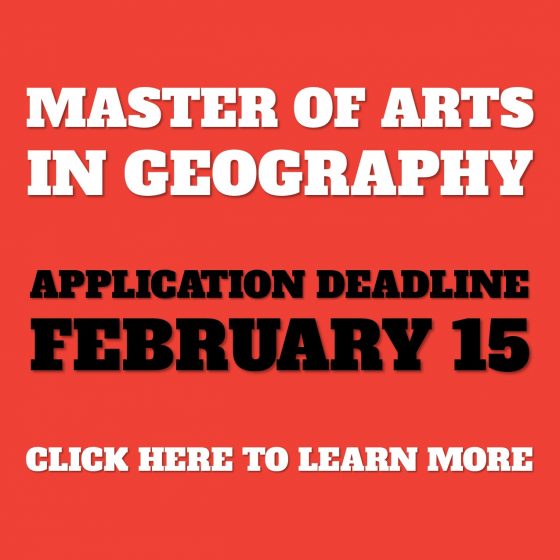 “I have encountered so much kindness on the road,” Murray added. “People have welcomed me into their homes and helped me with my van, with no expectation of anything in return. And while the vanlifers I interviewed took up this lifestyle for a variety of reasons, they were united by a desire to choose their own path, rather than the one that’s handed down to them.”

Murray was thankful that she received the full backing of the University during her time on the road.

“Brock supported me fully from day one. And that support meant that I was able to do this research in the way it needed to be done — in person, on the road. I lived and moved alongside the people I was studying, and never once did I have to make any compromises that would have hurt the quality of my research. The University made sure I had the resources to do it right.” 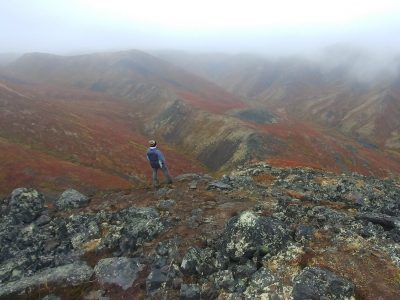 Research doesn’t have to happen in the lab. Photo by Stephanie Murray.

Murray’s faculty supervisor and the Graduate Program Director of Geography at Brock,  Dr. David Butz, believed her research was novel and important, given today’s mobile society. Becoming a van nomad herself was pivotal.

“This research strategy — and life choice — gives her research an unusually strong experiential and autobiographical component, which is rare in ‘mobilities’ research, and which adds to the distinctiveness and potential significance of her research,” says Butz. “We also felt Stephanie’s unusual research project, while logistically complicated, was worth supporting. We were confident about her capabilities based on her history with the University. At Brock, we encourage applications from good students and we’re willing to put funding behind that — and provide them with mentoring to apply for external funding.  Brock can offer lots of personalized attention to students.”

Research doesn’t have to happen in a lab. There are interesting and exciting things going on around us everywhere, and at Brock University, unique postgraduate research projects in the community are encouraged.

For her part, Murray is grateful for the support she received from Brock. “This research changed the course of my life, and it showed me that it’s possible to turn your passion into a ground-breaking research project,” she said. “If you have a clear vision of what you want to discover, Brock can help you on that pursuit.”

Interested in studying in the Master of Arts in Geography program at Brock? Apply by February 15 to start next September.

Story reposted from The Toronto Star